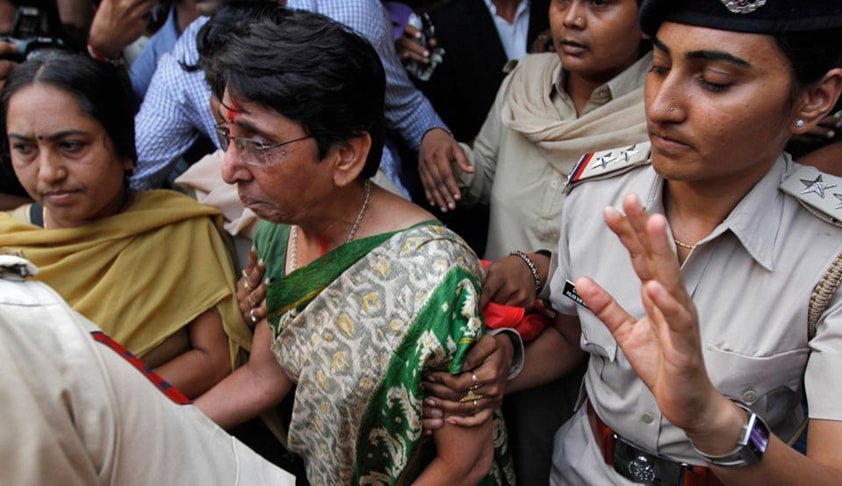 A special SIT judge hearing the 2002 Naroda Gam riot case, in which former BJP minister Maya Kodnani is an accused, has been transferred as principal district judge of Valsad by an order of the Gujarat High Court.

According to a notification issued by the Gujarat High Court on Friday, principal judge, city civil court, Ahmedabad, M K Dave has been transferred as principal judge of Valsad district.

He will be replaced by S K Baxi, who served as principal district judge, Bhavnagar, before being transferred here.

The arguments of prosecution as well as defence representing several accused have already been completed.

With Judge Dave's transfer, it is likely that the new judge may have to hear the final arguments afresh.

The court started recording the evidence in the case in February 2018.

Earlier, one of the judges, former principal sessions judge, P B Desai, who heard the case, retired from service in December 2017.

Dave is one of the 18 principal district judges transferred by Gujarat High Court's Chief Justice, who also appointed sessions judges of 17 divisions.

The Naroda Gam massacre is one of the nine major riot cases investigated by the Supreme Court-appointed Special Investigation Team (SIT).

Eleven people of the minority community were killed in Naroda Gam area in Ahmedabad in the 2002 riots during a shutdown call given to protest the Godhra train carnage.

A total of 82 people are facing trial in the case.

Kodnani, is one of the accused in the case, was the state's women and child development minister in former chief minister Narendra Modi's government.