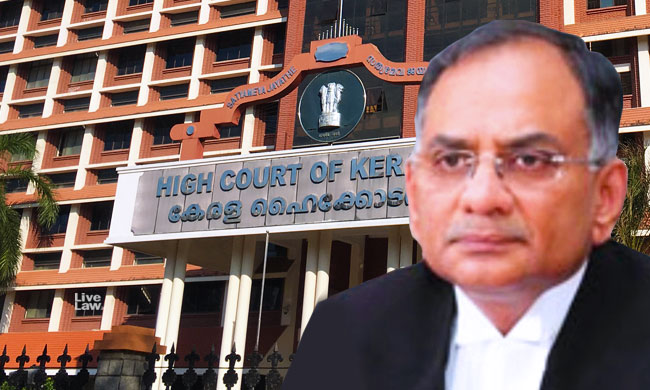 Justice V Chitambaresh of High Court of Kerala is drawing criticism from several quarters for remarks made at the Tamil Brahmin Global Meet held at Kochi last Friday.During the inaugural speech, the judge said that Brahmins are "twice born" and possessed certain "distinct characteristics"."Now who is a brahmin? A brahmin is dwijhanmana - twice born... Because of poorva janma...

Justice V Chitambaresh of High Court of Kerala is drawing criticism from several quarters for remarks made at the Tamil Brahmin Global Meet held at Kochi last Friday.

During the inaugural speech, the judge said that Brahmins are "twice born" and possessed certain "distinct characteristics".

"Now who is a brahmin? A brahmin is dwijhanmana - twice born... Because of poorva janma sukridham(good deeds of previous birth), he is twice born.

He has got certain distinct characteristics: clean habits, lofty thinking, sterling character, mostly a vegetarian, a lover of Carnatic music. All good qualities rolled into one is a brahmin."

He then went on to suggest that caste-based reservation needed a relook, while refraining from expressing open comments as he was holding a 'constitutional post'.

"It's time for you (Brahmins) to deliberate as to whether reservations should be on the basis of community or caste alone. Occupying a constitutional post, it may not be proper for me to express any opinion, I am not expressing my opinion at all. But I am only kindling your interest or reminding you that there is a platform for you to agitate or to voice your concerns about economic reservation alone and not caste or communal reservation.

Of course, there is a 10 percent reservation for economically backward classes. A son of a Brahmin cook, even if he falls within the non-creamy layer zone will not get any reservation whereas a son of a timber merchant who belongs to other backward communities will get reservation if he's within the non-creamy layer zone. I am not expressing any opinion at all. It's for you to deliberate and put forward your views. As Mr Raman said, it is the child who cries who gets the milk. Time has come for us to play the orchestra and not continue to play solo," the judge said.

Justice Chitambaresh added that a Brahmin is never communal and is always considerate. Such a person should "always be at the helm of affairs", he added.

"It may be noted that a Brahmin is never communal, he is always considerate, he is an ahimsavadi (proponent of peace). He loves people, he is one who liberally donates for any laudable cause. Such a person should always be at the helm of affairs for which this Tamil Brahmin meet will definitely be a turning point."

Many have expressed in social media that the judge should not have made such remarks while holding a constitutional post.

Senior Advocate Dr A M Singhvi said in Twitter that he disagreed with the views of the judge.

"I would simply disagree with Lordship and say that all humans are born equal", Singhvi tweeted.

Some judgments of Justice Chitambaresh, who was sworn in as judge in 2011, are notable for upholding civil liberties.

In October 2017, a division bench headed by him directed the release of a Hindu woman from the detention of parents to join her Muslim lover.

"We caution that every case of inter-religious marriage shall not be portrayed on a religious canvass and create fissures in the communal harmony otherwise existing in the God's Own Country", remarked Justice Chitambaresh in the judgment. Coming at a time when society was intensely polarized with debates on 'Hadiya case', this was a landmark judgment.

Last year, he authored a judgment allowing a person to live with transgender community, dismissing the habeas plea of the mother.

Batting for the rights of LGBT community, Justice Chitambaresh observed that "the values of privacy, self-identity, autonomy and personal integrity are fundamental rights guaranteed to members of the transgender community under Article 19(1)(a) of the Constitution of India and the State is bound to protect and recognize those rights."

The division bench headed by him has allowed an 18-year-old boy and a 19-year-old girl to live together, dismissing a Writ of habeas corpus filed by the girl's father.

"The Constitutional Court is bound to respect the unfettered right of a major to have live-in relationship even though the same may not be palatable to the orthodox section of the society", he observed in the judgment.

Justice Chitambaresh is an alumnus of Government Law College, Thiruvananthapuram. He started his practice in 1981 and was designated as Senior Advocate in November 2007.  He will demit office coming November.

Watch the video of the speech here