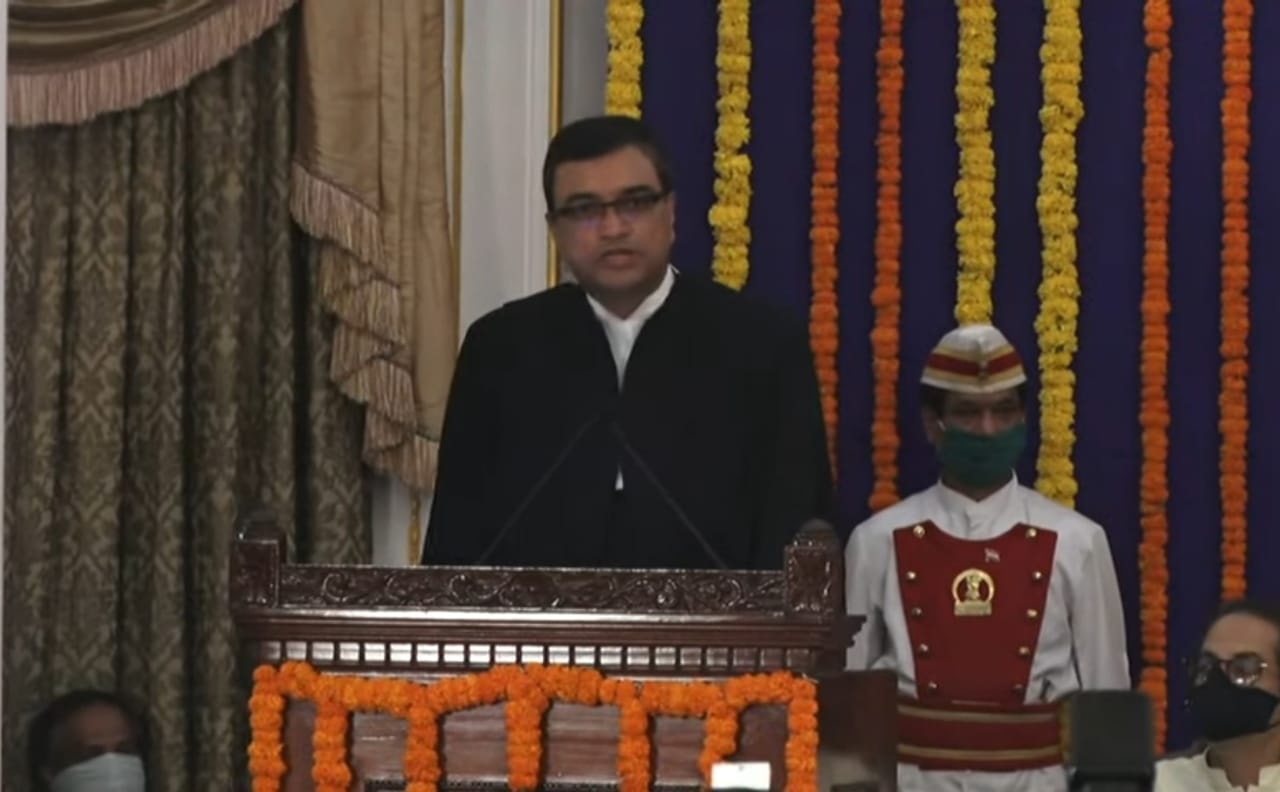 Justice Dipankar Dutta was sworn-in as the Chief Justice of the Bombay High Court on Tuesday at 5 pm by Bhagat Singh Koshyari, the Governor of Maharashtra in the presence of Chief Minister Uddhav Thackeray at Raj Bhavan.

Following the new normal, which is social distancing, the oath taking ceremony took place in the presence of very few guests like the Deputy CM Ajit Pawar and few High Court judges. All present were wearing masks.

Due to the nationwide lockdown imposed for combating the pandemic of Covid-19, Justice Datta travelled from Kolkata to Mumbai by road starting April 25 covering a distance of more than 2200 km.

He was appointed as a permanent judge on June 22, 2006 and was presently the second-senior most judge at the Calcutta High Court. After completing his LLB from Calcutta University, he enrolled as an Advocate at the Bar Council of West Bengal in 1989.

There were news reports that Justice Dutta traveled over 2000 kilometers by road from Kolkata to Mumbai with his family for taking charge, as rail and air transport services have been suspended due to lockdown.