'Our Focus Should Be On Imparting Training To Lawyers To Make Them E-Enabled': Justice DY Chandrachud Inaugurates Virtual Courts For Traffic Cases At Madras HC 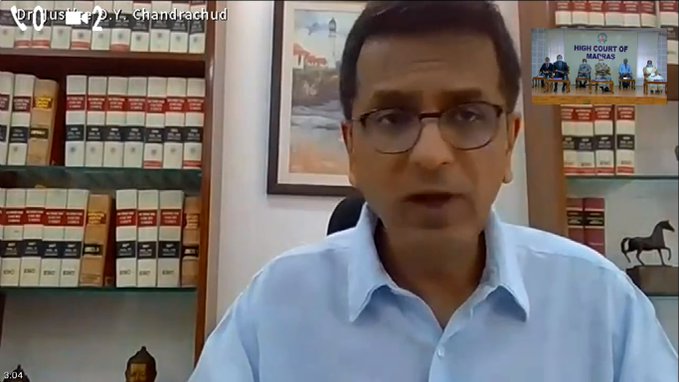 The Madras High Court on Tuesday launched the 'Virtual Courts' to dispose of cases related to road traffic violation online. The inauguration ceremony of the V-courts was live streamed by the High Court whereby the Chief Guest, Justice DY Chandrachud emphasized on the need to encompass even those lawyers who are not "e-enabled". He underlined that a balance needs to be...

The Madras High Court on Tuesday launched the 'Virtual Courts' to dispose of cases related to road traffic violation online.

The inauguration ceremony of the V-courts was live streamed by the High Court whereby the Chief Guest, Justice DY Chandrachud emphasized on the need to encompass even those lawyers who are not "e-enabled". He underlined that a balance needs to be maintained between technology and courts, while also ensuring that everyone has the opportunity to use this cohesion.

"We are conscious of the fact that every lawyer of the bar may not be e-enabled or technology compliant. Therefore, we are proposing to appoint data entry operators who will feed the data for those lawyers who do not have access to those services, at a nominal cost," he said.

He also advised that for now, the primary focus should be on imparting training to lawyers in operating e-courts, so that virtual courts can be used optimally.

"There is a vital role played by the Bar Associations and the judiciary acting as one institution in [imparting] training for young lawyers…many young lawyers are much more proficient in technology than we are, but there are many lawyers who are not. Educational will help to level the differences…," he said.

Pertinently, the V-court for traffic challan will enable the litigants/Advocates to file the plaint electronically through e-Filing, pay the Court Fees online, and view the status of their case online.

On this Justice Chandrachud highlighted that e-filing should be enabled not only for fresh filings but also for old cases, by digitizing those files.

"E-filing is not really a matter merely of piling on emails. E-filing and digitization go hand in hand…we must be able to sync the files which have been digitized…with the e-filing which is taking place today so that both the digitised files and the e-filed files can be synchronized on one platform…," he said.

He further added that the e-FIRs that will be made available on the ICJS platform do not merely contain bare shell of the FIR but publish the entire content of the FIR to maintain transparency.

Keynote speaker, Chief Justice of the Madras High Court, Justice AP Sahi began his address by stating that the formal launch of virtual courts is a "eureka moment" in the history of Indian legal system.

He acknowledged the apprehensions among lawyers regarding adoption of technology within the legal system however he stressed that very soon, as the virtual courts will unravel, its critics will perceive the advantages of technology.

Listing down the advantages of introducing e-courts Justice Sahi emphasized that it will certainly bring a lot of convenience for lawyers. For instance he said, if a lawyer wants to take date in a magistrate court and on the same day he has to attend a final hearing in a civil court, he may do so with the help of e-courts that do not require physical presence.

E-courts will also enable handicapped lawyers to participate in court proceedings; will limit the footfall in courts and reduce the burden for movement of files, etc.; and poor litigants will not have to rush to courts every time, Justice Sahi said.

He however conceded that Virtual courts are not a substitute for open court hearings and emphasized that "fairness in the opportunity to be heard" must be ensured in e-courts.

He concluded with the expectation,

"Live streaming of court proceedings, which is in talks today, may be a reality of tomorrow." 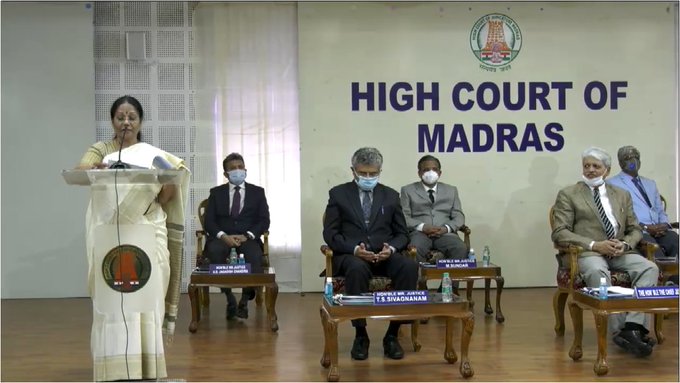 The High Court also live streamed a Video Tutorial on how the e-courts will work and how the traffic challan cases will be disposed remotely, without any need for physical appearance before courts.

"An e-challan will be generated for road traffic laws violation, which will be sent to the Virtual Courts, the same will be disposed by a Metropolitan Magistrate/ Judicial Magistrate; The violator may pay the fine online by clicking the link sent to him/her as SMS by the V-Court," it was intimated. 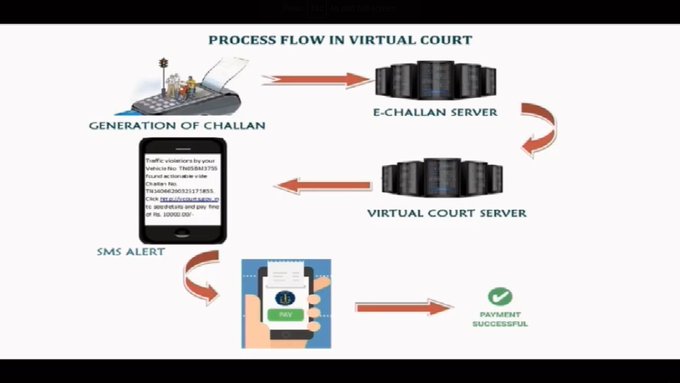