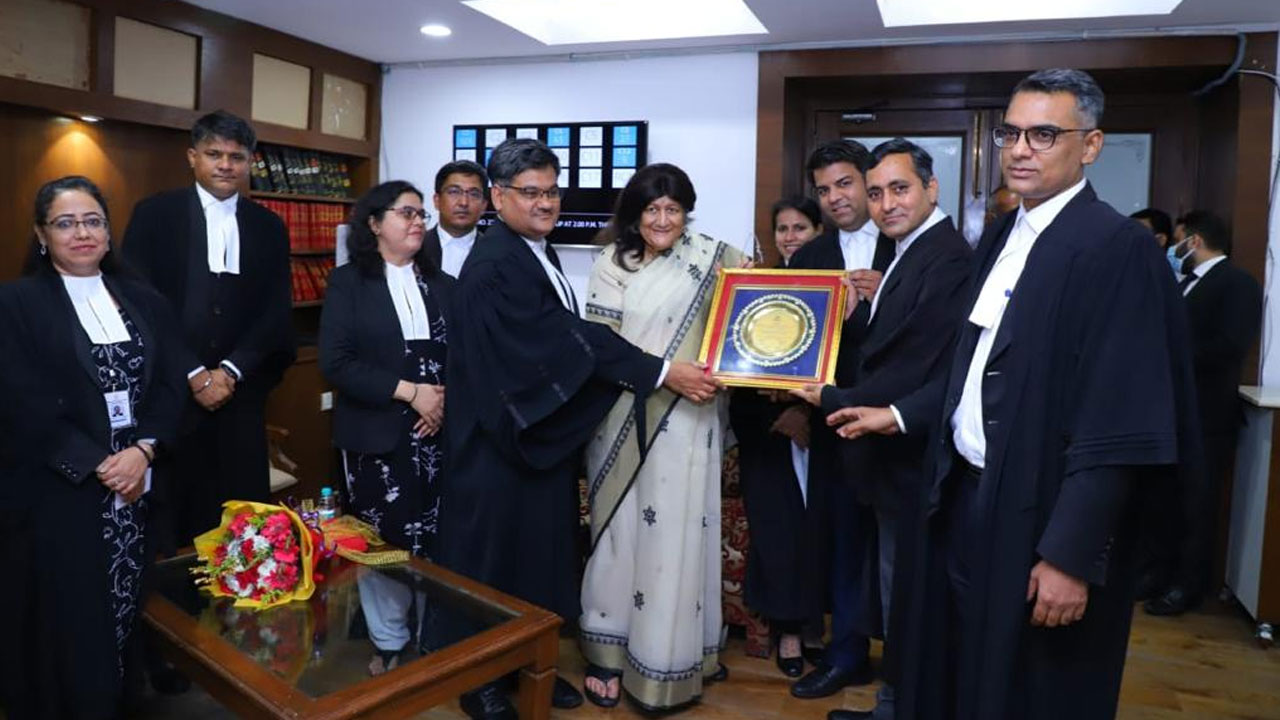 As last day as a judge of the Supreme Court, the Executive Committee, Supreme Court Advocate on Record Association ( SCAORA) invited Justice Indira Banerjee for a farewell ceremony. The bar fondly remembered the various pleasant interactions and thanked her for always lending a patient ear to the advocates appearing before her, regardless of their seniority and rank.

When the Judge was asked to share her thoughts with the bar, she started by reminiscing how she chanced upon a career in law, purely because of the destiny. Coming from a family that worked in government services, she was also inclined to sit for the civil services examination and had been studying history in college. However, when time to choose her masters came, a friend advised to take up law as it was a scoring subject and thus began her memorable journey. She also recounted her trials and tribulations as not only a first generation lawyer, but a female first-generation lawyer, back in those days, trying to find a chamber that would accept her and give her opportunity to learn.

Regardless of the challenges she faced, Justice Banerjee emphasised that it is only efforts, hard work and the right attitude which would help one rise in the legal profession. She recalled how she was asked so many times whether she had a family or background in law, since she was choosing to take it up as a profession. She shared how she chose to take her chances and hard work which speaks for itself. Similarly, when she was offered the position of a Judge, it was something she had never envisaged that she would undertake. She even highlighted the gender disparity in the number of female and male judges in the higher judiciary by sharing how her elevation to the Supreme Court was in the news because it was the first time 3 female judges were going to be sitting in the Supreme Court at the same time, which is a sad number to acknowledge. She went on to urge senior lawyers in the profession to do their bit by encouraging and mentoring the young female lawyers to eventually bridge this gap.

Justice Banerjee expressed her appreciation for the bar and thanked the bar for its warmth and hospitality, at the same time departing with the remarks that there is always scope for improvement and the bench and bar must continue working in consonance to keep the wheels of justice moving. On a lighter note, she shared that she was looking forward to the freedom in her next phase of life shall bring.