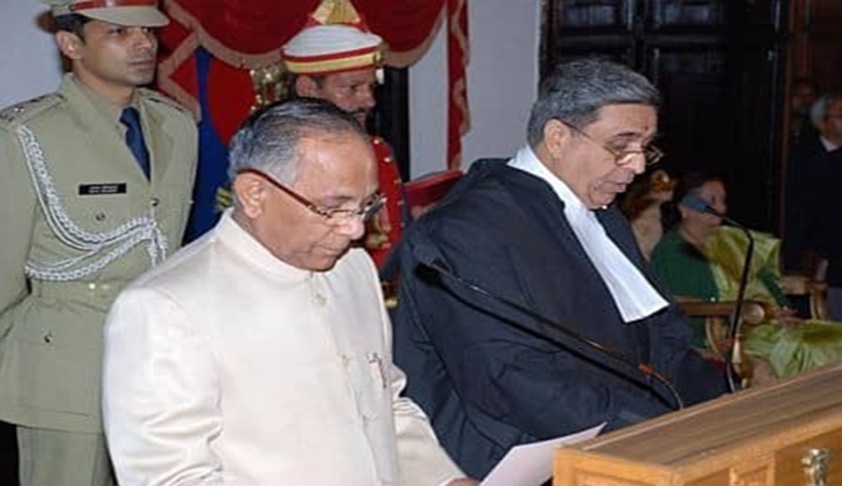 Former Chief Justice of the High Courts of Himachal Pradesh and Rajasthan, Justice Jagdish Bhalla passed away on Sunday.

His cremation ceremony will be held on Monday. Meanwhile, the Rajasthan High Court, as well as all subordinate courts in Rajasthan, will remain closed on Monday on account of his demise.

Justice Bhalla graduated in 1968 and enrolled as an Advocate in November, 1971. He then practiced in the Lucknow Bench of Allahabad High Court in Constitutional, service, civil, arbitral and criminal matters for 23 years. He was appointed as Special Counsel for the Government of Uttar Pradesh in 1978 and Standing Counsel for the State of U.P. in 1983.

He retired in October, 2010. Post-retirement, he took over as the chairman of the Uttarakhand State Human Rights Commission in December, 2016. 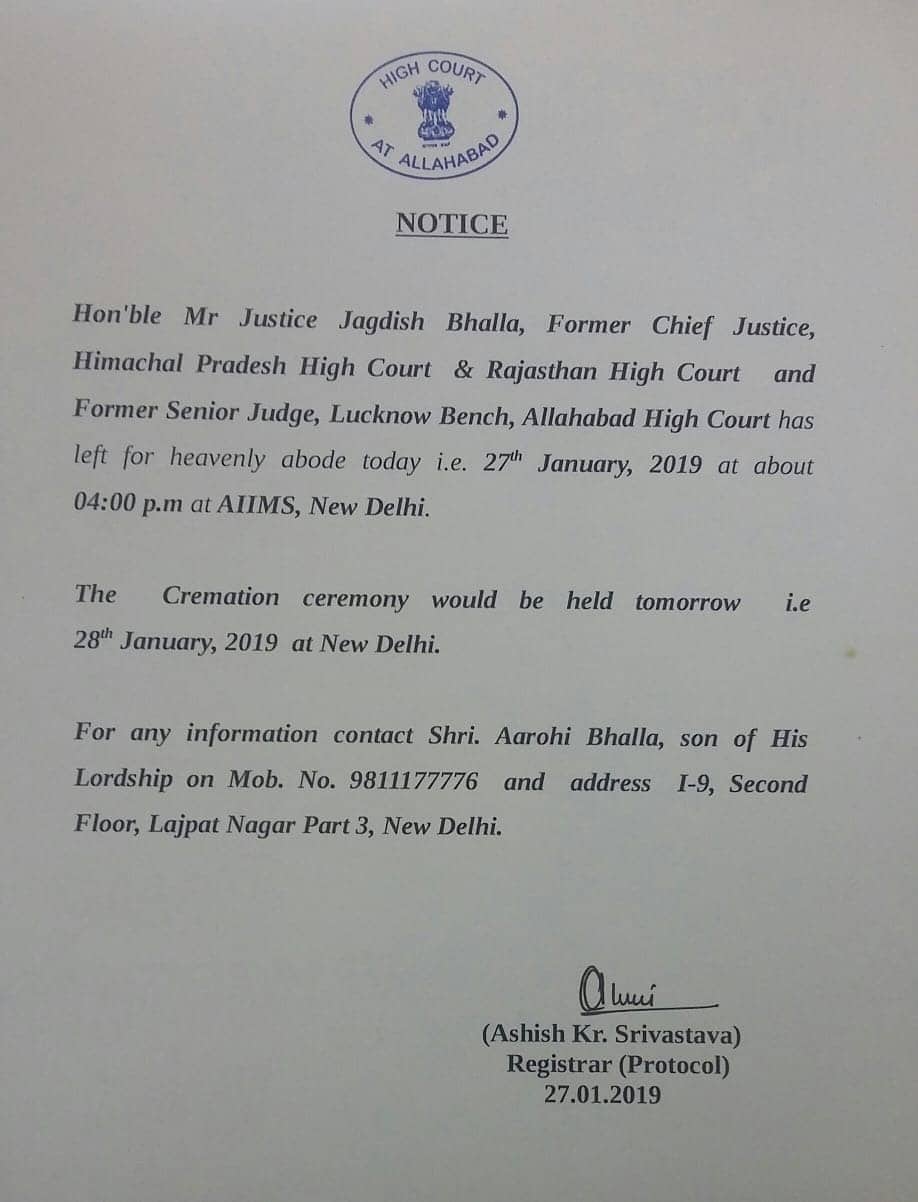