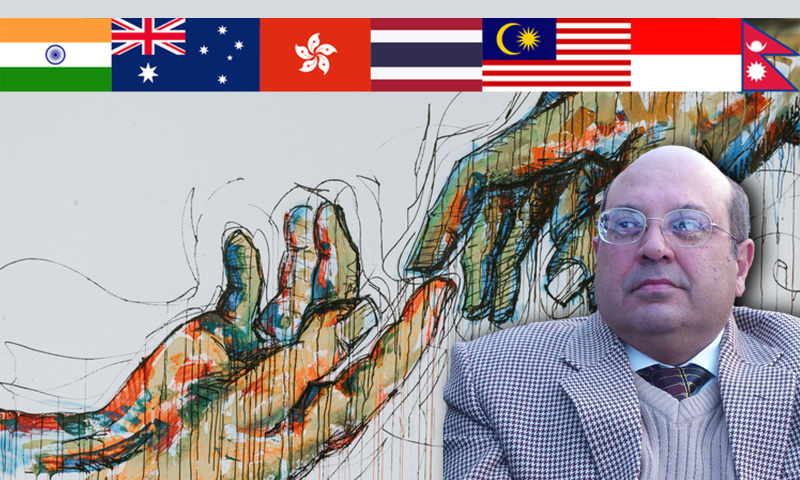 Ten arbitration and mediation centers from Asia Pacific countries came together to launch a one of its kind Asia Pacific Centre for Arbitration & Mediation (APCAM) today. The e-inauguration was held at 4 PM on Thursday, August 6 with various legal luminaries gracing the occasion.Justice Rohinton F. Nariman inaugurated the launch. He began by welcoming dignitaries from Malaysia,...

Ten arbitration and mediation centers from Asia Pacific countries came together to launch a one of its kind Asia Pacific Centre for Arbitration & Mediation (APCAM) today. The e-inauguration was held at 4 PM on Thursday, August 6 with various legal luminaries gracing the occasion.

While expressing his views on the Centre, Justice Nariman called the vision of the APCAM, as the crying need of the hour since the centre focuses on assisting the international business community to resolve their international and cross border disputes through a single set of arbitration and mediation rules combined with the privilege of providing the users of different countries with a uniform fee structure. Justice Nariman further expressed that the endeavour of APCAM to create a single panel of international mediators and arbitrators through a uniform accreditation structure will help in providing the best possible standards in professionalism and credibility which are of utmost importance for any institution. Justice Nariman highlighted that APCAM's structure of providing both mediation and arbitration service will allow the disputants to first settle their bone of contention without any interference and if that fails then try to resolve their disputes through arbitration. Justice Nariman noted that through this structure APCAM intends to create a fair and time bound manner of dispute resolution which will make the centre move forward.

Expressing his viewpoint on Arbitration Council of India, Justice Nariman highlighted that section 43B of the Arbitration and Conciliation (Amendment) Act 2019 called for setting up of such a Council in order to take all such measures as may be necessary to promote and encourage arbitration, mediation or other alternative dispute resolution mechanisms in India. Justice Nariman noted that the council has been empowered in the act to make grading of arbitral institutions on the basis of criteria relating to infrastructure, quality and calibre of arbitrators, performance and compliance of time limits for disposal of domestic or international commercial arbitrations, in such manner as may be specified by the regulations. Justice Nariman expressed that unfortunately the same section has not been enforced because of which there has been a void in terms of systematic and professional institutional arbitration services in India as well as the Asia Pacific region.

Concluding his speech, Justice Nariman, applauded the advisory board of the APCAM stating that APCAM is guided by an extremely eminent advisory board comprising of paterfamilias of the Indian judiciary and extinguished jurists of the world. Justice Nariman, at last, expressed his best wishes to the Centre and remarked that the void of institutional ADR services will hopefully be filled in once APCAM starts functioning.

Former Chief Justice of India, Justice M.N. Venkatachaliah mulled over what the post-covid world would be like.

"Every institution, its utility has to be assessed basis the relevance of time. The world would be divided by not ideology but by Technology. The emerging new world must sit up, take a deep breath and wake up to see what will come forth"

He stated that recent studies express great hope for the future, basis confluence of technology. Future of courts are Arbitrations and Mediation which the humane man's alternative to litigative combat, he said.

Former Judge of the Supreme Court, Justice Madan B. Lokur shared his views on the functioning of APCAM in the future.

He said that since in the Asia-Pacific region, there are a diverse set of cultures, which often causes confusion because of different laws and rules which have been framed in the countries. Through APCAM, Justice Lokur said that it will bring about uniformity in the procedures and processes when dealing with Arbitrations.

Justice Lokur: "This uniform system is remarkable. If we're able to achieve it, it will bring about a sea-change in the resolution of mediations and Arbitrations"

The other aspect which he highlighted was the code of ethics which shall be implemented will give much greater strength to the litigants who come before this tribunal as they will know that the arbitrators and competent and have basic ethical standards so whatever the Award, it will be accepted. "Of course, there is going to be uniformity in fees which will be paid to Arbitrators which will bring a sense of sanity it terms of what fees are paid to arbitrators" he said.

Advisory Board Members of the APCAM includes:

Governing Board Members of the APCAM include: