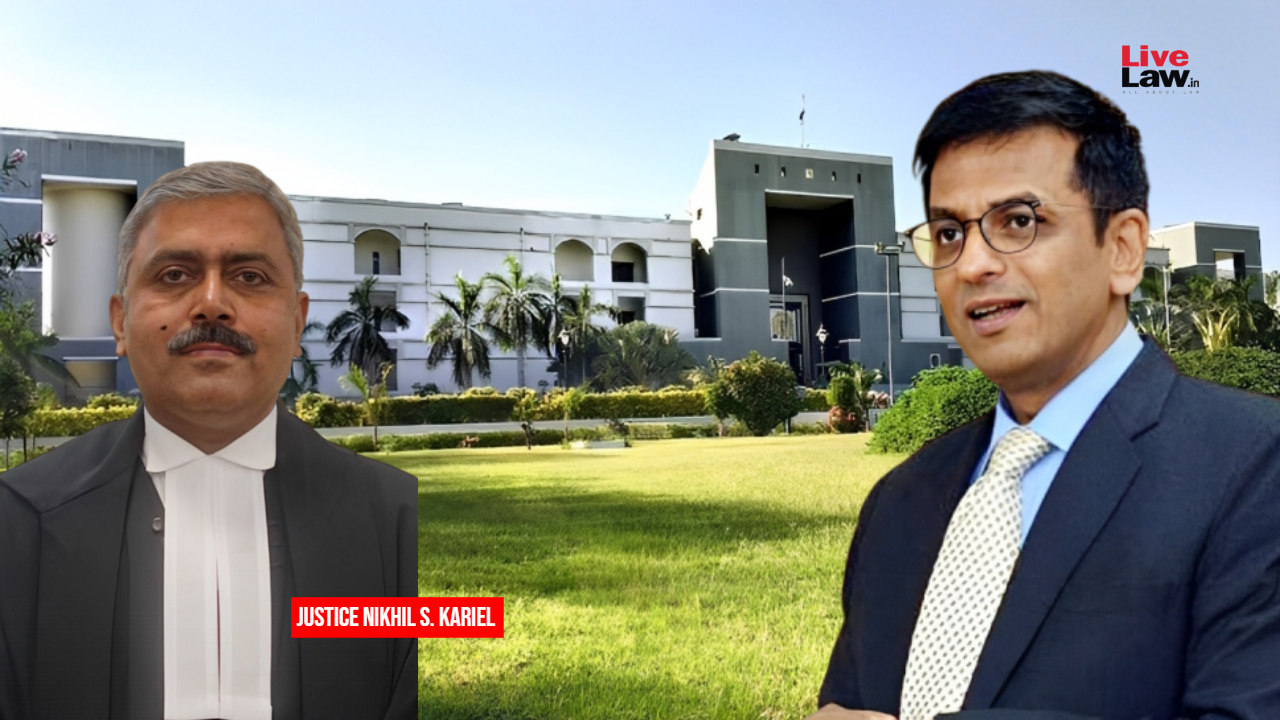 The Chief Justice of India Dhananjaya Yashwant Chandrachud today agreed to meet a delegation of the Gujarat Advocates High Court Advocates' Association (GHCAA), who are opposing the proposed transfer of Gujarat HC's Justice Nikhil S. Kariel to the Patna High Court, on Monday (November 21, 2022) at 1:30 pm in his chamber

Earlier today, the Association had sought time from the Chief Justice of India's office to put forth its grievance regarding the proposed transfer of Justice Kariel

Speaking to Live Law, the General Secretary of Gujarat HC Advocates' Association, Hardik Brahmbhatt confirmed that a delegation of the GHCAA would be flying to Delhi to meet the CJI on Monday. The names of the advocates who will be a part of the delegation have not been decided.

The GHCAA has been staging protests against Justice Kariel's proposed transfer. Yesterday, the Association decided to abstain from appearing before the Benches. Passing a resolution to this effect, the Association called Justice Nikhil S. Kariel the 'finest, upright, honest and unbiased' judge and resolved to show its displeasure in this regard.

Stating that the proposed transfer is not in the right tasteagree, the resolution of the association stated that it has been unanimously decided by the members of the Bar to strongly oppose any such steps and that they shall protest indefinitely till the issue is resolved by the Chief Justice of India and the Collegium.

The decision to pass this resolution was taken by the Association in an urgent meeting convened yesterday hours after the members of the bar gathered today in the court of Chief Justice Aravind Kumar to protest against the proposed SC Collegium decision.

When CJ Aravind Kumar asked the lawyers about the purpose of their presence in large numbers before the Court, Senior Advocate Mihir Thakore said that they were against the proposed transfer of Justice Kariel to Patna High Court and that they wished to observe two minutes of silence.

"We are here to mourn the death of independent judiciary," Senior Advocate Thakore said.