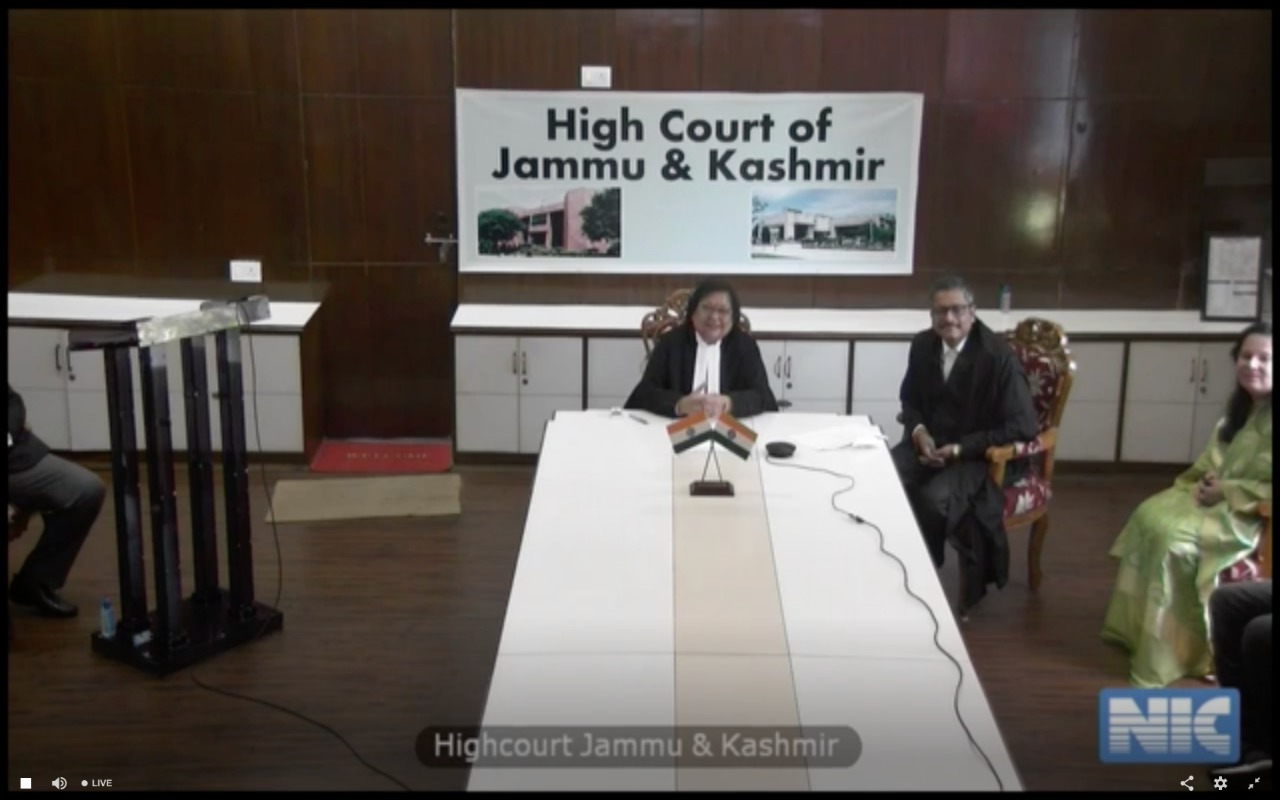 Justice Rajnesh Oswal was sworn in as a judge of the common High Court for the Union Territories of Jammu & Kashmir High and Ladakh on Thursday. He is the first judge of the High Court to take oath under the Indian Constitution.

All previous judges of the HC had taken oath under the Constitution of Jammu & Kashmir, which ceased to have effect since August 5, 2019.

Chief Justice Gita Mittal administered the oath to Justice Oswal in a ceremony held at the Jammu Wing of the High Court.

In view of the lockdown due to COVID-19 pandemic, arrangements were made for the participation and viewing of the proceedings by others via web casting.

With the appointment of Justice Oswal, the HC has a working strength of nine judges, including the Chief Justice, against a sanctioned strength of 17 judges.

This is the first judicial appointment to J&K High Court after the repeal of the special status of J&K and conversion of the state into a Union Territory.

The J&K Reorganization Act 2019, which bifurcated the State into UTs of J&K and Ladakh, had came into effect on October 31, 2019.

On March 31, the Ministry of Home Affairs had notified the Jammu and Kashmir Reorganisation (Removal of Difficulties) Order, 2020 to state that Articles 217, 219, 227 and 237 of the Constitution shall apply to Jammu & Kashmir and Ladakh with the following modifications: