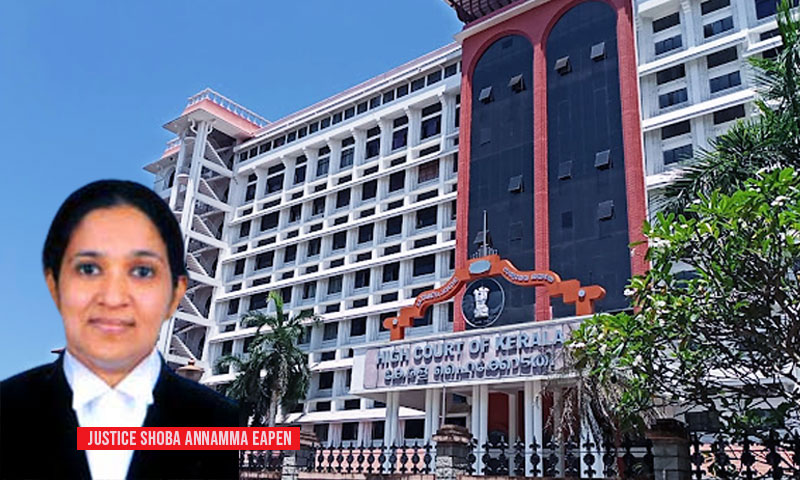 Justice Shoba Annamma Eapen who has been sworn in as the Additional Judge of Kerala High Court today was welcomed by the legal fraternity in a brief ceremony held at Chief Justice's Court. The event was live-streamed on YouTube as well.

With Justice Eapen on board, the Kerala High Court has hit an all-time with 7 women judges for the first time in its history. Justices Anu Sivaraman, Mary Joseph, Shircy V., M. R. Anitha, Sophy Thomas, and C. S. Sudha are the other female judges in the High Court at present.

In the ceremony that commenced at 10:15 am today, Chief Justice S. Manikumar administered the oath for Justice Shoba Annamma Eapen. This was followed by an address from the Advocate General and then by the President of the Kerala High Court Advocate's Association.

The Advocate General in his speech noted that the composition of courts in various hierarchies in the pyramidal structure of the Indian judiciary necessarily ought to be gender diverse being reflective of social realities.

"On the contrary, women are grossly underrepresented in presiding roles in the courts of our country, particularly in constitutional courts."

He also spoke of the present CJI N.V. Ramana actively contributing to the cause of equal representation on the Bench while adding that the CJI's efforts have evidently bore fruit through several judicial appointments made in his tenure.