Justice Vijaysen Reddy Sworn In As Judge of Telangana HC 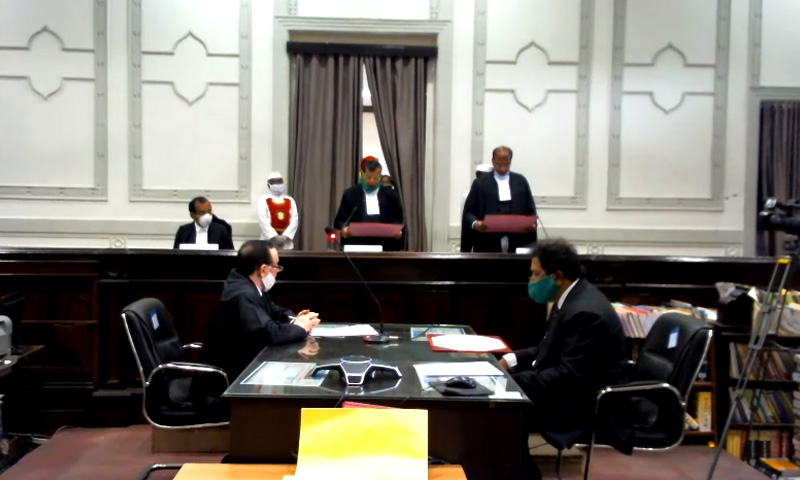 Justice Vijaysen Reddy was sworn-in as a judge of Telangana High Court on Saturday.

The Ministry of Law and Justice issued a notification regarding his appointment on Friday.

With this appointment, the strength of the High Court judges reaches 14 as against the sanctioned strength of 24.

Vijaysen Reddy was born in Hyderabad on August 22, 1970. His father, late Justice B Subhashan Reddy, was the judge of the erstwhile Andhra Pradesh High Court and had also served as the Chief Justice of Madras and Kerala High Courts.

Vijaysen completed his LLB from PRR Law College and got enrolled as an advocate on December 28, 1994.

The swearing-in proceedings were web-cast