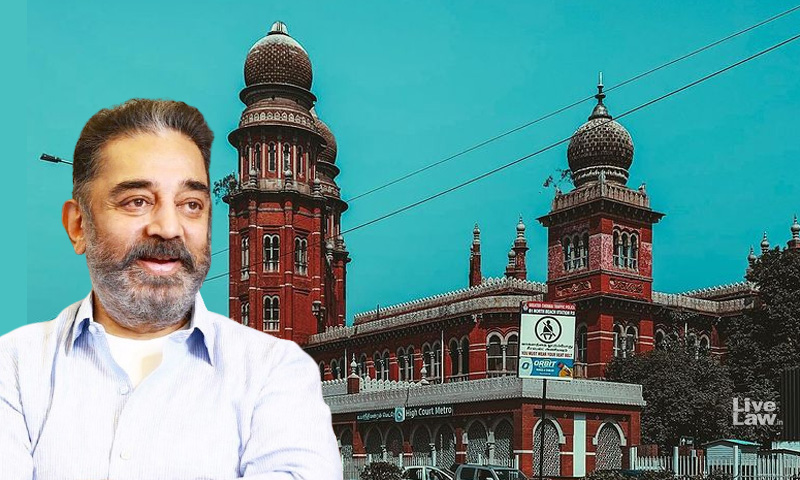 Noting that criticism is not only the human right, but also democratic right upon which the democracy thrives and society evolves to a new desired polity, the Madras High Court last month quashed a criminal case lodged against actor and politician Kamal Haasan over a comment he made in the year 2017. The Bench of Justice G. Ilangovan specifically observed that criticism is part and...

Noting that criticism is not only the human right, but also democratic right upon which the democracy thrives and society evolves to a new desired polity, the Madras High Court last month quashed a criminal case lodged against actor and politician Kamal Haasan over a comment he made in the year 2017.

The Bench of Justice G. Ilangovan specifically observed that criticism is part and parcel of the free society.

The private complainant alleged that he watched a programme in March 2017, on Puthiya Talaimurai TV Channel, wherein, the host of the show, put a specific question on the increasing violence against women in India, more particularly against women in the Cine Field to Kamal Haasan.

In response to the question, it was alleged that Haasan made a deliberate comment by drawing Hindu Epic Mahabharatha by stating that nothing is surprising about the increasing violence on the women in a country, which reveres Mahabharatha, which depicts a woman being used as collateral during gambling.

So, he alleged that the comment which was made by the accused, insulted Hindu Epic Mahabharatha not only Hindus but also hurt his personal religious sentiments and thus, he claimed that the accused committed the offence punishable under section 298 IPC.

The Inspector of Police made an enquiry into the allegations, and it was concluded that the offence under section 298 IPC, was not attracted, since the words spoken by the accused were only general in nature and not specific.

However, despite that, the trial Court chose to examine the complainant and one witness on this side and took cognizance of the offence under punishable section 298 IPC and issued summons against the petitioner, Haasan.

The Court observed that there was a specific question by the Anchor to know Haasan's comments about the increasing violence against the women in a country and the comment which he made was connecting the insult to the women of today to that one that had been committed in the era of Mahabharatha.

"I find nothing insulting in it to hurt the religious feelings of anyone. Day and day out in the public platforms, in homes and indoors, we find a number of comments over the incidents depicted in literature, epics and other works in which, drawing analogy are more common than not."

Further, the Court added that:

"It is a basic right of everyone to make a comment and draw analogies. By that process, only arts, literatures and fine arts are developing. No citizen got any right to stall the thought process of fellow citizen simply because, he thinks it is wrong. A wrong may be right in ones own thought. But, that will not give any right of cause of action to another, to initiate criminal prosecution."

The Court noted that for attracting offence section 298 IPC, there must be an intentional insult and that in the Haasan's conduct, there was no intention while answering a query.

"If at all, it should be taken only as causal communication that took place between the Anchor and the petitioner herein," added the Court.

Lastly, noting that criticism, drawing analogies from the epics or literary works are not uncommon in a free Society and that Haasan had not exceeded the freedom speech and expression, which was conferred upon him, the Court quashed the private complaint.