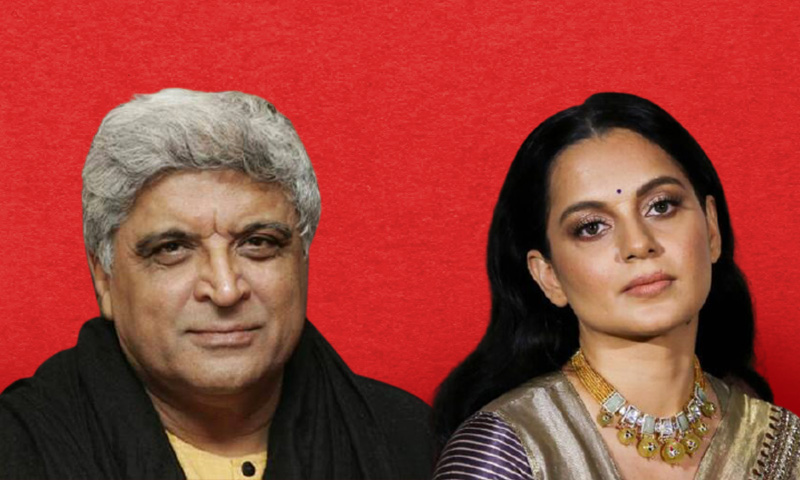 x
Ranaut's counsel argued that the Magistrate mechanically ordered the police to conduct the inquiry into Akhtar's complaint under section 202(1) of the CrPC without assigning reasons.

The Bombay High Court on Wednesday reserved orders on actor Kangana Ranaut's plea seeking quashing of the defamation proceedings initiated against her to lyricist Javed Akhtar's complaint.Justice Revati Mohite Dere will pronounce the order on September 9.The court noted the two points that require consideration are, whether the Magistrate could have ordered an "inquiry" u/s 202(1) of...

Justice Revati Mohite Dere will pronounce the order on September 9.

The court noted the two points that require consideration are, whether the Magistrate could have ordered an "inquiry" u/s 202(1) of the CrPC despite the section specifying an 'investigation' and if the magistrate's direction is mechanical.

Akhtar has accused Ranaut of damaging his "immaculate reputation" by dragging his name in her interview with Republic TV Anchor Arnab Goswami, on July 19, 2020, soon after actor Sushant Singh Rajput's death.

During the hearing, Ranaut's counsel Rizwaan Siddique sought admission of the quashing petition filed u/s 482 of the CrPC and a stay on the proceedings before the magistrate till then. He argued that the Magistrate mechanically ordered the police to conduct the inquiry into Akhtar's complaint under section 202(1) of the CrPC without assigning reasons.

Advocate Jai Bharadwaj opposed relief on the grounds that the Magistrate had applied his mind and correctly directed an inquiry and eventually summoned Ranaut.

Ranaut failed to appear before the police to present her version, so now she could not accuse the police of a biased inquiry, he said.

Meanwhile, Siddique accused Akhtar of calling Ranaut to his house through their common doctor and asking her to apologise to actor Hrithik Roshan.

"He seemed to be a mediator without knowing me..." Siddiquee said, indicating it was this incident Ranaut was referring to in her interview with Goswami.

He added that Ranaut went to Akhtar's house with her sister but the police in their inquiry only recorded the doctor's statement and did not summon her sister, Rangoli Chandel.

"The police report flavours me. My witness (Rangoli) who was there in the meeting was never called. There was a complete non-application of mind [by the Magistrate] before issuing process."

"The police didn't conduct an impartial inquiry. I have a case for criminal intimidation and threat", the counsel continued on behalf of Ranaut.

Proceedings before the Magistrate have been adjourned to September 14.

The Case So Far

Akhtar filed a complaint for offences punishable under Sections 499 and 500 (defamation) of the Indian Penal Code in the Metropolitan Magistrate Court, in Andheri, in November 2020.

A Metropolitan Magistrate in Andheri recorded Akhtar's statement, and ordered a police inquiry under section 202 of the CrPC in February. Following a report from the police, the court issued process and summoned Ranaut under section 204 of the CrPC, marking the beginning of a criminal trial against her.

On July 27, the Magistrate exempted Ranaut from appearance in the defamation case as a 'last chance'. Metropolitan Magistrate RR Khan directed Ranaut's lawyer to ensure she is present on the next date, failing which Akhtar could apply for the issuance of a warrant against her.