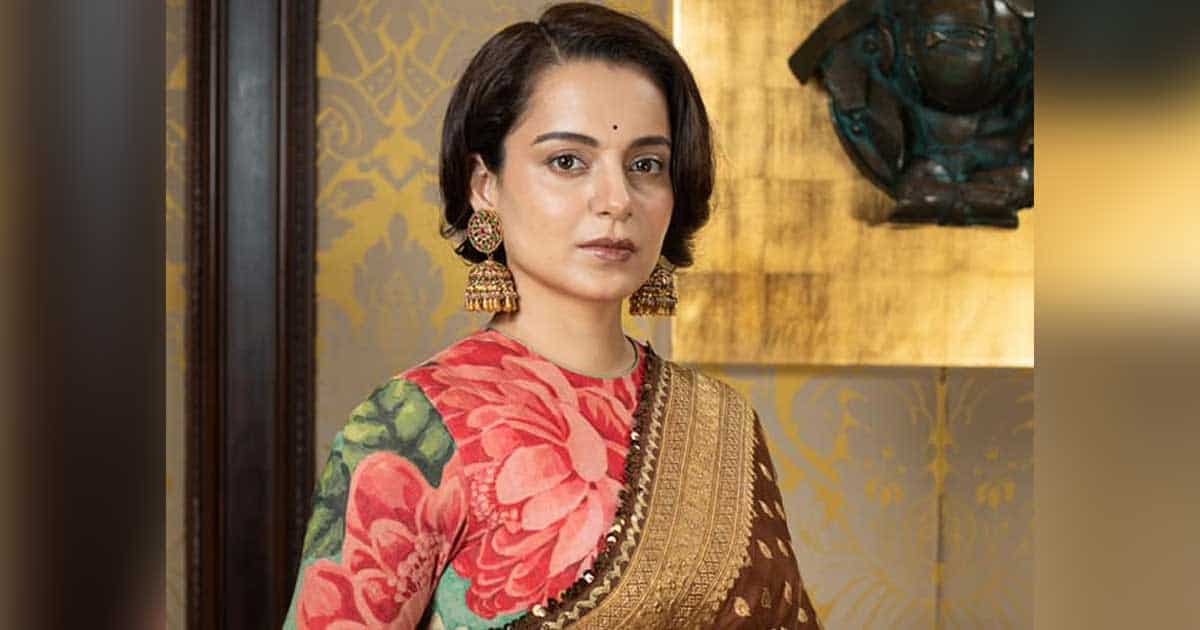 Actor Kangana Ranaut has been summoned by the Peace and Harmony Committee of the Delhi Legislative Assembly on December 6 over her Instagram comments about the Sikh community wherein she had labelled them as 'Khalistani Terrorists' in the wake of the Centre's announcement to repeal farm laws. The actor vide her posts on Instagram had claimed that Khalistanis were "arm-twisting" the government and that they had been 'crushed like mosquitoes' by Indira Gandhi, former Prime Minister of India.

Delhi MLA and Chairperson of the Peace and Harmony Committee Raghav Chadha issued notice to Kangana Ranaut on Thursday directing her to appear before the Committee following the receipt of numerous complaints against the actor's 'outrageously offensive and derogatory' Instagram posts and stories dated November 20. The notice issued to Ranaut stated that blanketly labelling the Sikh community as 'Khalistani Terrorists' depicts the entire Sikh community in bad light and which per the complaints have the potential to engender disharmony as well as cause 'wounding humiliation' to the entire Sikh community.

The Mumbai Police has also recently registered an FIR against the actor for her aforementioned comments for the offence under section 295A IPC relating to outraging of religious feelings based on a complaint by Amarjit Singh Sandhu, 47, Kulwant Singh Sandhu, along with leaders of Delhi Sikh Gurdwara Management Committee (DSGMC).

The Peace and Harmony Committee had been constituted in March 2020 to recommend suitable measures to defuse communal disharmony amongst religious communities, linguistic communities and social groups. The Committee also aims to recommend preventive and remedial measures on issues of governance, social cohesion, unity, brotherhood and peace.

The notice further asserts that the social media posts have purportedly caused immense agony, distress and gravely hurt the religious sentiments of the people from the Sikh community, thus 'potentially leading to a situation of disruption of peace and harmony in the NCT of Delhi' by allegedly disrespecting the entire community and instigating threats to the life and liberty of the people from the Sikh community.

Referring to the innumerable complaints received by the Committee, the notice states,

"Significantly, the complaints vividly underscored prevailing situations, principally emanating from your stories/posts which have the potential to disturb communal peace and harmony, and has thus prompted this Committee to take immediate cognisance of the issue elicited in the vetted complaints and as per the remit of the Terms of Reference of the Committee, examine in detail the said issue with a view to identify the factors responsible for it and suggest measures to eliminate such factors."

Accordingly, actor Kangana Ranaut has been asked to appear before the Committee on December 6 at 2 pm.

The three contentious farm laws -Farmers' Produce Trade and Commerce (Promotion and Facilitation) Act, 2020; (2) Essential Commodities (Amendment) Act, 2020; and (3)Farmers (Empowerment and Protection) Agreement on Price Assurance and Farm Services Act, 2020 - enacted by the Parliament in September 2020, have been stoutly opposed by several farmers organizations. Several farmers groups across the nation have been holding widespread protests and agitations for over a year since the passing of these laws demanding that they be scrapped.