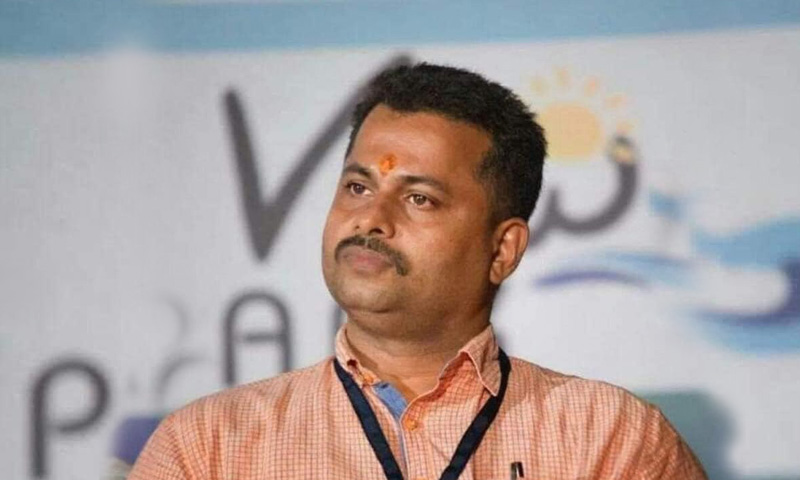 Recently, in an infamous rape case which shook the political sphere of Kerala, the Court ordered the Crime Branch-Crime Investigation Team (CB-CID) to further investigate the charges against the accused Kuniyil Padmarajan after a petition was filed by the mother of the victim and public prosecutor PP Saseendran under Section 173(8) of Cr.P.C. claiming that the investigation by CB-CID and...

Recently, in an infamous rape case which shook the political sphere of Kerala, the Court ordered the Crime Branch-Crime Investigation Team (CB-CID) to further investigate the charges against the accused Kuniyil Padmarajan after a petition was filed by the mother of the victim and public prosecutor PP Saseendran under Section 173(8) of Cr.P.C. claiming that the investigation by CB-CID and the final report filed by it under Section 173(2) were ridden with several latches.

The accused, a school teacher and a local leader of BJP, is alleged to have sexually abused one of his students studying in fourth standard of a school at Palathayiyi, multiple times in the months of January and February, 2020. He is also alleged to have threatened to kill her for revealing the incident to anyone. The incident came into light in March when it was reported to the ChildLine authorities and subsequently a complaint was lodged with the police on March 18, 2020. The police had recorded the statement of the 10 year old victim girl in presence of her mother which had alleged sexual assault including rape by the accused. A subsequent medical examination of the victim also confirmed that she was sexually abused. The girl reportedly also gave a statement regarding the offence to a magistrate.

Recently, the accused was granted bail by the Court on 17 July, 2020 after the charge sheet filed by CB-CID dropped all charges of sexual abuse under the Indian Penal Code and POCSO against the accused stating that it needed more time to investigate these charges in light of the COVID pandemic. The Final Report booked the accused for offenses punishable under Section 323, 324 of Indian Penal Code, 1860 (causing voluntary hurt) and Section 75 and 82 of Juvenile Justice Act, 2015 (pertaining to cruelty to a child and subjecting a child to corporal punishment respectively).

The public prosecutor's in it's petition under Section 173(8) of Cr.P.C. has cited several latches in the investigation by CB-CID and asked the Court to order further investigation into the matter. It claimed that the failure of the investigating Officer of CB-CID (IO) to submit the medical examination report of the victim while dropping the charges of sexual abuse against the accused in his Final Report was a certain lacuna in the investigation. It also found the reasoning of the IO that it needed time to verify the "contradictory statements" of the victim and hence had dropped the charges under the POSCO against the accused to be problematic because that CB-CID had not recorded any statement of the victim by itself after the case was handed over to it from the local police on 28 April 2020.

It also pointed that

"Section 26(4) of the POCSO Act warrants recordings of the statement of child by electronic means of audio or video. It was highly necessary especially when there was hue and cry from the side of victim against the investigation carried out by the Local Police."

Moreover, it stated that the Final Report of the IO had wrongly merged separate offences of assault of different students into a single charge-sheet and cited all of them as witnesses when each of these FIRs of the student victims ought to have been transferred to the local police.

On hearing the Public Prosecutor's petition, the Court ordered further investigation into the matter stating that

It also recorded that "the accused as well as counsel for the victim's mother submitted that they are also in favour of further investigation in this case as ultimately all of them want the truth to be brought out."

Further, the Court also granted both the parties copies of case documents to enable them to file appeal, except giving the statement of the victim recorded under Section 164 Cr.P.C. by the Magistrate stating that

"since further investigation is going on, the Section 164 statements cannot be given at present."

It also asked the Investigating Agency to not share its findings with media in order to avoid a media-trial. It stated that

"I am sure the investigating officer and the team is well aware regarding the catena of diseases by the High Court and the Supreme Court regarding giving interviews or providing material in social media regarding a case that is under investigation. I am sure no order is necessary and they will keep this fact in mind during the investigation."