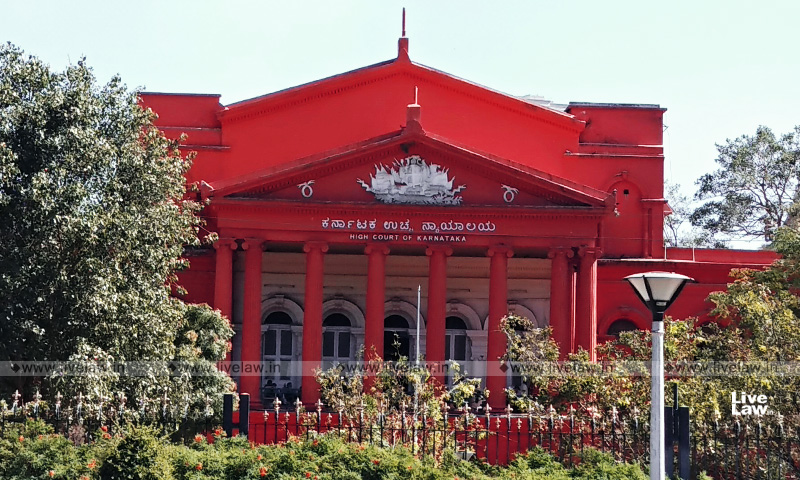 The Karnataka High Court was on Thursday informed by the state government that an internet portal called SANKALP is made available at the following website: https://www.karnatakafightscorona.org to better coordinate activities of NGOs and Voluntary organisations. Even individuals who are willing to provide food can upload information on it so that their services can be availed...

The Karnataka High Court was on Thursday informed by the state government that an internet portal called SANKALP is made available at the following website: https://www.karnatakafightscorona.org to better coordinate activities of NGOs and Voluntary organisations. Even individuals who are willing to provide food can upload information on it so that their services can be availed by the State.

A division bench of Chief Justice Abhay Oka and Justice B V Nagarathna had by an order dated March 30, suggested to the government to coordinate with the NGO working in the field. On April 13, the court had even said that NGOs and voluntary organisations cannot be prevented from providing food and help to the vulnerable sections of people provided they adhere to social distancing norms.

The state informed the court that "As regards the Non-Governmental Organisations (NGOs) who are supplying food and rendering their services, a circular issued by the Principal Secretary, Rural Development and Panchayat Raj, Government of Karnataka, and Member of the Committee directing all the Deputy Commissioners to coordinate the activities of NGOs for COVID-19 and also the volunteers at the district level and municipal level by convening meetings through video conference in which the Chairpersons of the District Legal Services Authorities (DLSAs) may be invited to participate."

The bench said "All the Deputy Commissioners in the State will act upon the circulars dated 14th and 15th April, at the earliest so that the nodal officers start discharging their duties. The State Government will issue a direction to all the nodal officers to ensure that the NGOs working in the district upload their information on the said portal which will help the Committee at State level to coordinate with the NGOs so that their services can be properly utilized. The members of the Bar who are present today who are representing the NGOs will make an endeavour to communicate with the other NGOs informing them about the appointment of nodal officers at the district level and a provision made by making available the internet portal called SANKALP."

The State Government on the issue of food security and the plight of people belonging to the vulnerable sections of the society and marginalized sections of the society which consists of migrants, homeless persons, destitutes, sex workers, etc. who do not have a shelter has taken a policy decision that unless a person produces a ration card issued by the State Government or any other State, rations will not be provided through the public distribution system.

As regards to vulnerable citizens having no shelters and no food is concerned, the District Administration will continue to open shelter camps for housing this category of persons and provide them food. The Gram Panchayats and municipal local bodies will also assist in providing shelters and providing food to such persons in their jurisdiction either on their own or with the assistance of the District Administration.

Moreover, vulnerable poor households and migrant workers with shelter will be provided, dry ration or cooked food, as the case may be. Identification of the people needing food or shelter or both will be done by the Revenue Department with the support of the respective Gram Panchayats or the respective local bodies in the districts. The court had earlier suggested to the government to consider if ration can be provided based on identity proof, rather than insisting on BPL cards.

The bench reminded the government that "If policy decisions which are set out are to translate itself into actually providing food or shelter or both to those who badly need it, it is imperative that the task of identification of those people who are in need of food must be undertaken by the State and other authorities/instrumentalities on a war footing."

Counsel for People's Union for Civil Liberties, informed the court that the state needs to elaborate on the quantum of dry ration or cooked food being provided to those who have shelter but no means of income. Moreover, by providing dry ration, no purpose will be served as Liquefied Petroleum Gas cylinders are not available.

Steps taken in regards to Hoarding and similar malpractices.

The State Government has, on 23.03.2020, amended the Karnataka Essential Commodities Licensing Order, 1986, wherein masks and sanitizers have been included in Schedule II of the said Order. Furthermore, the State has also amended the Karnataka Essential Commodities (Maintenance of Accounts, Display of Prices and Stocks) Order, whereby the prices of the said commodities have been capped.

Further, on 04.04.2020, another notification has been issued under the Karnataka Essential Commodities (Maintenance of Accounts, Display of Prices and stocks) Order, wherein the maximum retail prices of 3 ply surgical masks, containing a layer of melt blown non-woven fabric have been notified.

State has taken action to enforce the provisions of the Legal Metrology Act, 2009, and the Legal Metrology (Package Commodities), Rules, 2011, during the lockdown period. Joint teams of the Food and Civil supplies, Legal Metrology, and Drugs Control Departments were constituted to conduct inspections and check malpractices regarding the sale of masks and sanitizers. 5086 inspections have been conducted and 351cases of violations with respect to charging more than MRP were found, and a compounding fine of Rs 12.92 lakhs has been imposed.

From 01.04.2020 till date, 15 cases have been booked under the provisions of the Essential Commodities Act. FIRs have been filed in 10 cases and food grains/goods worth Rs. 59.34 lakhs has been confiscated. The situation is being continuously monitored, and where instances of hoarding come to notice, action as per prevalent laws will continue to be initiated.