'Don't Be Under Impression That Spiritual Organization Is Above Law' : Karnataka HC Asks Isha Foundation To Reveal Amounts Collected For Cauvery Calling Project 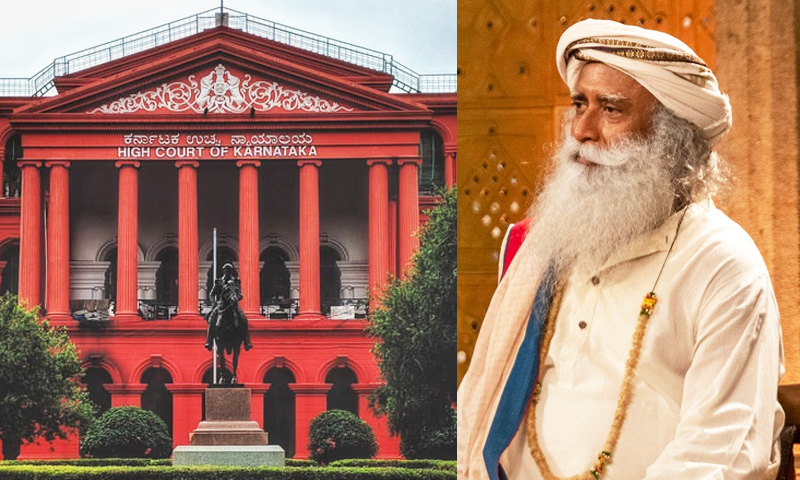 The Karnataka High Court on Tuesday directed Sadhguru Jaggi Vasudev's Isha Foundation to file an additional affidavit disclosing the amount it has collected for the 'Cauvery Calling Project'. The Foundation has also been asked to explain the mode and manner in which the amounts have been raised.

A division bench of Chief Justice Abhay Oka and Justice Hemant Chandangoudar pulled up the foundation headed by Jaggi Vasudev for not specifying if the amounts are being collected voluntarily. The bench said "Do not be under the impression that you are not bound by law because you are a spiritual organization."

The bench was hearing the petition filed by advocate A V Amarnathan seeking directions to the foundation not to collect any funds from the public for the 'Cauvery calling project'.

"If someone is creating awareness of rejuvenation activity it is most welcomed but not by forcibly collecting funds", the bench remarked during the hearing.

The court also pulled up the state government for not carrying an independent inquiry on the complaints of the foundation allegedly collecting funds forcibly.

Chief Justice Abhay Oka said "When a citizen complains to you (state) that funds are being collected in the name of the state, is it not responsibility of state to inquire?."

However, the state informed that no complaint was received by it and it has not authorized the foundation to collect the money. The counsel argued that state has not allowed the Foundation to carry out any work on government land.

As per the petition,  the Foundation is planning to plant 253 crores tree saplings across the 639 kilometer stretch of Cauvery river bank from its birth place Talacauvery to Thiruvarur.  The Foundation is said to be collecting Rs. 42 per tree planting from the public. That means it is collecting a whooping sum of Rs 253 X 42 in total of Rs, 10,626 crores , which according to the petitioner is a major scam.

The matter will be next heard on February 12.