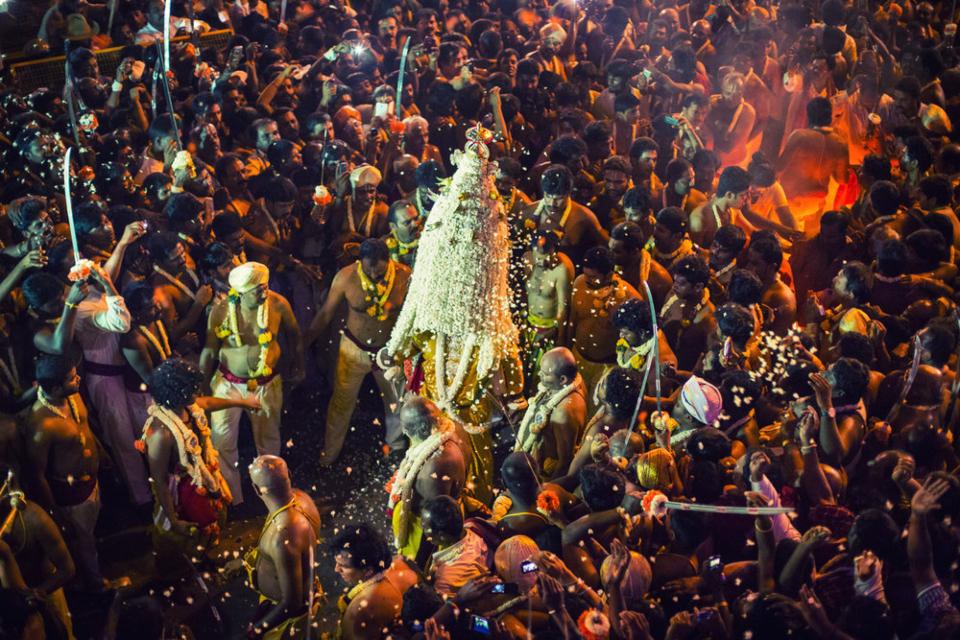 Taking "serious cognisance of the report published in the Times of India newspaper" that the state Government has permitted the holding of the historic Bengaluru Karaga Festival in the city on Wednesday night, the Karnataka HC yesterday ordered the state to disallow the same in the wake of the COVID lockdown.

The division bench noted that per the March 24 guidelines issued by the Union Home Ministry, which it described as being of "great deal of importance", all places of worship are closed and a complete ban is imposed on all categories of religious congregations without any exception. Besides, all gatherings, whether, social, political, sports, entertainment, academic, cultural or religious are completely barred. The Court directed the state government to "scrupulously implement and enforce the guidelines".

"The entire object of imposing the lock-down and issuing orders under Section 144 of the Code of Criminal Procedure, 1973 is to avoid mass congregations. It is not out of place to mention here that it is an established fact that mass congregations lead to spread of Corona virus", the HC reflected.

"...there will be large congregation of people to celebrate the festival. In fact, one of the learned counsel during the hearing pointed out that few hundred devotees have already come to the City to participate in the Festival...the State Government shall show zero tolerance to the breach of the said two guidelines and the law enforcing machinery must come down with heavy hands in cases where there is a violation...", was the stern stand of the Court.

The Additional Advocate General submitted that no such permission has been granted by the State Government or by Police Commissioner of City of Bengaluru and that the Times of India  report is incorrect.

But the High Court has re-iterated that "We make it clear that (the guidelines) equally apply to all religions without any exception".

Vide, the same order, the Chief Justice-led bench to directed the Bruhat Bengaluru Mahanagara Palike (BBMP) to take immediate steps to set up shelters for migrant workers and to ensure that all facilities are made available to them.

Noting that "Merely setting up of shelters for the migrants will not suffice", it proceeded to state that the BBMP with the help of Government Officers will have to locate migrants who are on the streets in different parts of the city and ensure that by setting up adequate number of shelters, all of them are immediately accommodated in the shelters.

The HC went to the extent of observing that "It is the obligation of BBMP to contact all the Associations of entities/Companies which are doing the real estate business in the city, hold meetings with their Associations and ensure that the members of the Association take care of the labourers engaged by them on various construction sites in the city", seeking immediate response by Thursday. "The Officers of BBMP can always approach the orgasization known as the Confederation of Real Estate Developers' Association of India (CREDAI) which represents the entities in real estate business", the court said.

The Court finally extended the aforesaid directions to other homeless persons and stranded persons, etc. on the streets in the cities, apart from migrants.

On Tuesday only, the SC had, however, refused to pass any directions on a PIL seeking payment of wages to migrant workers belonging to the unorganised sector, stating that policy decisions were the "prerogative of the Government". "We do not plan to supplant the wisdom of the Government with our wisdom" - said Chief Justice S. A. Bobde.