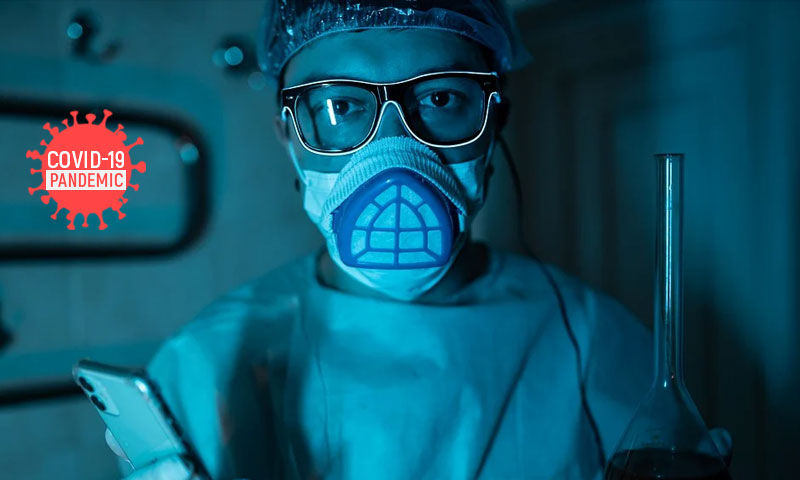 The Karnataka High Court on Thursday directed the State government to immediately constitute an expert committee of doctors which would inspect and supervise hospitals dealing with Covid19 cases in the state and issue necessary directions for their improvement.

A division bench of Chief Justice Abhay Oka and Justice Alok Aradhe, referring to the SupremeCourt order dated June 19 which directed all states to constitute the committee within one week, said "Such an expert team must be constituted immediately and must start functioning immediately."

The bench also directed the state and all other stakeholders to come out with measures for protecting categories of public servants who are in forefront against the war of COVID19. The categories included, pourakarmikas, police, doctors/nurses, asha workers, medical personnel and housekeeping staff in hospitals and other facilities.

The bench noted that "All stakeholders must ensure that special care is taken of this category of public servants who are at the forefront."

The bench also directed the state to consider conducting random testing of the front line warriors and protect them.

Advocate Clifton Rozario ,appearing for All India Central Council Of Trade Unions, pointed out that as per previous orders of the high court, though BBMP was directed to provide all necessary safety equipment including PPE kits to those working in Containment Zones, it has not been done.

Advocate G R Mohan, appearing in another petition, submitted that one pourakarmika, who was infected with coronavirus, and has died today. Around 1,000 police personnel are also infected.

The bench then directed the BBMP to strictly implement the directions given in the previous orders of the court and the standard operating procedure issued on April 24 which directs for providing for special category of PPE kits for pourakarmikas working in containment zones.

As regards to the issue of private hospitals not admitting patients tested positive for coronavirus, Additional Advocate General Dhyan Chinnappa submitted that a circular has been issued by the state clarifying that private hospitals and ambulances are bound to admit COVID-19 patients and ferry the patients to the nearest facility, without generation of the BU code, on basis of any of the three documents as proof.

2: A covid19 positive alert on the Aarogya setu app.

3: Positive status in a report from an accredited Laboratory.

The bench added that "Considering large number of grievances which are made regarding failure to monitor the allocation of beds by private hospitals. It will be appropriate that the State govt modifies the circular dated July 15, by incorporating a direction to set out a specific telephone number on which patient or relative can lodge grievance regarding failure of a particular hospital to admit a patient."

The court also asked the state government to invoke necessary provisions of the Disaster Management Act by issuing directions to all private hospitals so that a direction can be enforced against the private hospitals.

"Section 24(f) of DMA can be invoked, where state SEC can issue directions to persons in charge of private hospitals dealing with COVID19 patients. If such directions are issued, then penal action can be taken against the departing hospitals. Appropriate for the SEC to exercise powers under S. 24 for issuing directions to the private hospitals," the court said.

The court has now posted the matter for further hearing on July 20 and directed the state to place on record details of measures taken to provide medical facilities in different districts.
It said "As can be seen from official figures published by the state government that a large number of cases are detected. State to give details about steps taken to provide medical facilities in the districts? Details of hospitals, beds, doctors etc in each of the districts to be placed on record. Number of testing centres and ambulances available to be stated. How can a person in the district get tested and secure an ambulance and medical assistance? What is the procedure prescribed in this regard? Are there any helplines in the districts?
Next Story
Similar Posts
+ View more
Webinars
+ More
Law Firms
+ More
Latest News
+ More
लाइव लॉ हिंदी
+ More
International
+ More
Environment
+ More