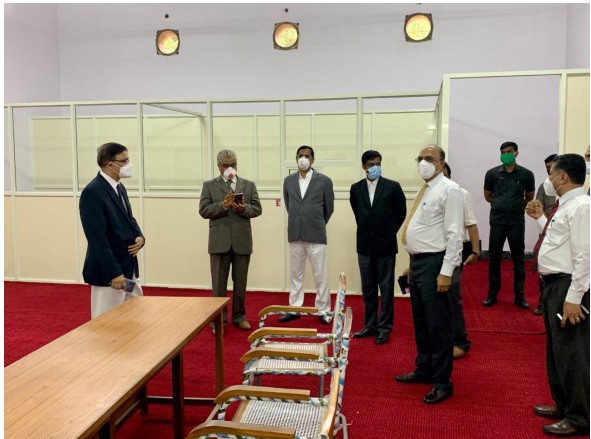 The Karnataka High Court has established a dedicated specially designed Remand Court having transparent partitions in Bengaluru, where undertrial prisoners will be physically produced before a Magistrate.

A press note issued by the high court states that "In continuation of the Standard Operating Procedure (SOP) issued by the High Court of Karnataka from time to time in order to prevent spread of pandemic COVID-19 in the Court premises on account of physical production of arrested person/s - Under Trial Prisoner/s for the purpose of Remand / considering the bail, a dedicated specially designed Remand Court having transparent partitions is established and started functioning at Gurunanak Bhavan, Vasanthnagar, Bengaluru."

A bench led by Chief Justice Abhay Oka, while hearing a suo-motu public interest litigation taken up to address the various legal and technical issues that would arise during the partial functioning of courts, from June 1, had suggested that a public hall outside the court premises should be identified where magistrates can take up remand matters and safety of judicial officers and staff be ensured.