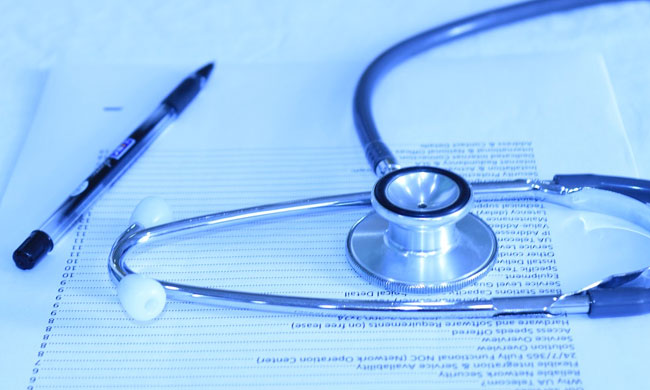 The Karnataka High Court has refused to quash a criminal case registered against two doctors, who in the year 2011 allegedly conspired and leaked Postgraduate medical exam papers to select students.

Justice Suraj Govindaraj while rejecting the petition filed by Dr Udayaravi (Accused no 12) and Dr Santhosh R (accused no 14) said "At this stage, it cannot on the basis of the submissions made be said that no offences have been committed by the petitioners. I am of the considered opinion that it is not a fit and proper case to exercise powers under Section 482 of Cr.P.C to quash the above proceedings initiated against the petitioners."

As per the prosecution case, Rajiv Gandhi University of Health Sciences (RGUHS) conducts entrance exam for Post Graduation studies in different disciplines of medical and dental sciences, which examination is held at different centres, one such centre in the year 2011 was designated to be that of Vijayanagar Institute of Medical Sciences (VIMS).

On that basis, accused Nos.6 to 15 prepared answers to the questions, entered the said answers in the same computer and copied chits in the form of print outs were prepared in respect of the question paper. Accused No.7, in turn, handed the chits back to accused No.1, who circulated them to selected students viz., accused Nos.16 to 26, who copied the answers from the chits and managed to get high rank in the examination.

An FIR was registered on March 15, 2011, based on the complaint given by one Dr.D.Premkumar of RGUHS, Bengaluru. However, the after investigation police had filed a B-report. The University annulled the results of accused Nos.16 to 26, the decision was challenged before the high court. The court in May 2011, directed a further in-depth investigation to be done by the Central Investigation Department. In furtherance the CID filed its chargesheet against the accused.

Appearing for the petitioners, Senior Counsel Ravi B Naik along with advocate Avinash Angadi argued as regards the veracity of the Hard Disk which was seized containing the answers prepared by Accused Nos.6 to 15, on which basis the copy chits were prepared. According to him, in the absence of the said hard disk no case can be said to be made out as against the Petitioners.

Further, the Hard Disk and the file which forms the very basis of the prosecution case was not in existence at the time the crime was alleged to have been committed. Hence, the entire story of the prosecution is manufactured; concocted and on that basis he would contend that the petitioners are being harassed, maliciously prosecuted and therefore, the proceedings against the petitioners are to be quashed.

Additional Advocate General, Raja Raghevandra Naik argued that it is not only the Hard Disk which the prosecution is relying upon, but there are various other statements of witnesses and a huge number of pieces of evidence collected by the CID which forms the basis for the prosecution of the accused. The offences which have been committed by the accused are very serious in nature. The accused have indulged themselves in malpractices obtained favourable admission in medical and dental colleges even though they may not have been so qualified. The impact on society at large is huge. Therefore, this being an offence which affects the society as a whole has to be considered and at present merely on the ground that the Hard Disk is stated to be manufactured subsequently ought not to be a ground to quash the charge sheet.

The court said "There is a lot of force in the submission made by learned AAG that the arguments advanced and submissions made are required to be established during the course of the trial. Whether the mirror image furnished was proper, whether the correct tools were used to create the mirror image? Why are the dates of the files different? How is the MFT of the concerned file showing the date of creation to be much earlier than the date of the offence? Are not matters which could be decided upon by this court in a summary manner in 482 proceedings. All the submissions made on behalf of the petitioners are required to be

established during the course of trial. The matter being technical in nature, the concerned experts would have to be examined and cross-examined.

The court directed the trial court to expeditiously dispose of the matter, at any rate within a period of nine months from the date of receipt of this order.