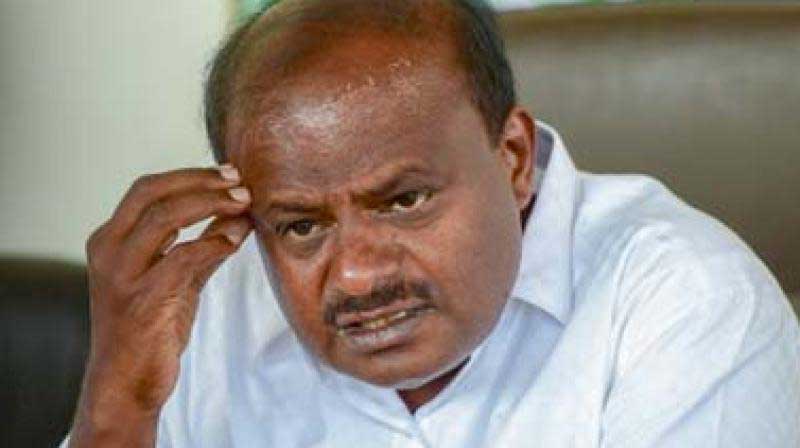 The Karnataka High Court has refused to quash a criminal case registered against former Chief Minister, H D Kumarswamy, alleging that he denotified two different plots of land acquired by the Bangalore Development Authority (BDA), during his tenure as Chief Minister between June 2006 and October 2007, for pecuniary gains. Justice John Michael Cunha while dismissing the petition...

The Karnataka High Court has refused to quash a criminal case registered against former Chief Minister, H D Kumarswamy, alleging that he denotified two different plots of land acquired by the Bangalore Development Authority (BDA), during his tenure as Chief Minister between June 2006 and October 2007, for pecuniary gains.

Complainant M.S.Mahadeva Swamy had filed a private complaint before the XXIII Addl. City Civil and Special Judge for Prevention of Corruption Act, seeking prosecution of the petitioner and 18 others.

The Special Judge referred the complaint for investigation under section 156(3) of Cr.P.C. After investigation, a 'B' report was submitted by Lokayukta Police on 06.12.2018. The Special Judge issued court notice to the complainant. Complainant filed his protest petition on 3.5.2019. After hearing the learned counsel for complainant and learned Special Public Prosecutor, by order dated 20.07.2019, rejected the 'B-Report' and took cognizance of the offences.

The rejection of 'B' Summary Report by the Trial Court is not proper and an error has been committed by issuing notice to the complainant. Further, it was said that the complainant was a stranger to the entire transaction. He had no personal knowledge of the alleged de-notification and therefore, he was not competent to speak about the alleged transaction which had taken place in accordance with the procedure prescribed under law.

It was also submitted that no material is produced by the complainant to show that the petitioner has made any unlawful gain on account of the alleged de-notification and that he has caused wrongful loss to the State Exchequer. As such, even the ingredients of the offence under Sec 13(1) (c) and (d) of the Prevention of Corruption Act are also not made out.

It was also claimed that the Special Court has utterly failed to apply its mind to the facts of the case and has passed the impugned order without application of mind and in violation of the statutory rules.

Moreover, the allegations made in the complaint, the alleged acts were performed by the petitioner while he was discharging his duty as the Chief Minister and therefore no prosecution could have been launched against the petitioner without prior sanction under section 197 Cr.P.C. and section 19 of the Prevention of Corruption Act.

Finally, it was submitted that proceedings initiated against the petitioner are malafide and ulteriorly motivated. The complainant being a political opponent of the petitioner, the allegations made in the complaint are actuated by malice and are calculated to tarnish the image of the petitioner.

Special Public Prosecutor Venkatesh S. Arbatti, submitted that all the contentions urged by the petitioner regarding non-application of mind and want of previous sanction for initiation of criminal proceedings against the petitioner are already considered by this Court in Crl.P.No.4024/2012 and relying on the very same material and placing reliance on the very same decisions has rejected these contentions by order dated 27.07.2015. The Special Leave Petition preferred by the petitioner against the said order has been dismissed by the Hon'ble Supreme Court by order dated 03.10.2016 in SLP (Crl.)MP.No.15963/2016 and therefore, these grounds are not available to the petitioner to challenge the orders passed by the learned Special Judge.

It added "It is evident from the order that cognizance has been taken on the basis of the original complaint as per section 190(1) (a) of the Code, as by then, the police report was rejected and thereafter the trial Judge proceeded to examine the complainant upon oath as per section 200 Cr.P.C and on considering the sworn statement and the documents produced by the complainant ordered issuance of process by a separate and considered order dated 04.09.2019. This procedure, in my view, is in consonance with the procedure laid down in the above decision and does not suffer from any error or procedural irregularity."

On the grounds raised regarding non-application of mind and non-consideration of the material produced by the complainant. The court said "At the stage of issuing process the Special Judge or the learned Magistrate is not required to analyse and sift the evidence and is not required to assign elaborate reasons in justification of its order.

At the stage of issuance of process, the learned Magistrate or court is required to find out whether the sworn statement and the material produced in support thereof prima-facie disclose the commission of offences and prima-facie case for trial is made out. On perusal of the impugned order, I find that such exercise has been carried out by the learned Special Judge."

It added "Special Judge has averted his mind to the allegations made in the complaint and has referred to the documents produced by the complainant and as well as the provisions of law applicable to the facts stated therein. Therefore, the contention of learned Senior Counsel for petitioner that the impugned order has been made without considering the material on record and without application of mind, cannot be accepted."

Commenting on the facts of the case the bench noted "The facts, in my view, squarely attract the ingredients of the offences under section 13(1) (c), 13(1) (d) and 13(1) (e) of the Prevention of Corruption Act and the provisions of Karnataka Land (Restriction of Transfer) Act."

However, only with a view to allow the petitioner to put forth a case for his discharge on the ground of lack of material to proceed against him. Justice Cuna said "I do not find it proper to record any finding on the said contention, lest, it would prejudice the case of the petitioner in the course of trial."

The bench also rejected the argument of the petitioner that the complainant was a stranger to the transaction in question and was not conversant with the dealings.

It said "The material produced before the learned Special Judge goes to show that the alleged offences are sought to be substantiated through documentary evidence and not on oral evidence. Since documents produced before the Court prima-facie make out the ingredients of the above criminal offences requiring summons to the petitioner, I do not find any justifiable reason to interfere with the impugned order on the purported contentions raised in the petition."

Accordingly the court dismissed the petition.