Freezing All Bank Accounts Of Suspect Would Adversely Affect His Right To Life Under Article 21: Karnataka High Court In Online Fraud Case 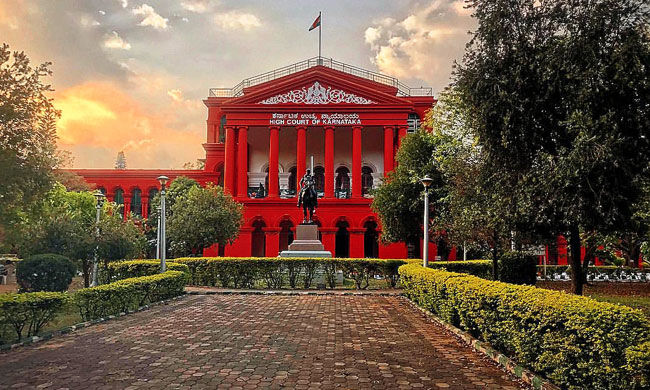 Granting relief to a shopkeeper whose bank accounts were frozen by the Police in connection with the investigation of an online fraud case, the Karnataka High Court observed that freezing all of a person's bank accounts has an adverse effect on his right to life under Article 21 of the Constitution of India.

A single-judge bench of Justice Mohammed Nawaz while allowing the petition filed by one Narayan Yadav said:

"It is not in dispute that all the four bank accounts of the petitioner have been frozen by virtue of the notice issued by the Investigating officer. Certainly such freezing of accounts would adversely affect his right to life under Article 21 of the Constitution of India."

One Ludra Mary had lodged a FIR following an online fraud which allegedly duped her of Rs. 3,73,899/-. She claimed that on the pretext of winning a lottery, she was asked to deposit the said sum to several account numbers, one of which belonged to the Petitioner herein.

Consequently, all the four bank accounts of the Petitioner came to be frozen, hence the instant petition was filed.

Advocates S Manoj Kumar and Advocate Anilkumar submitted that the petitioner is running a Chain Electronics Stores in Delhi and is nowhere involved in the crime that has been alleged. It was stated that proceeds of the petitioner's business are transferred to the account which has now been frozen and thus, he is unable to make ends meet and his livelihood is severely affected.

The petitioner claimed that he is able to justify each credit transaction that has taken place from the said accounts, and therefore the freezing of his account, without following due procedure, is wholly arbitrary.

Finally, it was said that freezing of accounts by the authorities without informing the petitioner and without affording him an opportunity is in violation of the principles of natural justice and also in violation of his fundamental rights under Article 21 of the Constitution of India.

Reliance was placed on Smt. Neeta Shanthilal v. State of Karnataka where in a similar circumstance, it was held that such a freezing of bank accounts is unfair and unjust.

Similarly, in Mr. Prakash Padukone & Ors. v. State of Karnataka, it was held that unless and until there is a strong suspicion against the petitioners, the police would not be justified in freezing the account belonging to the petitioners. For, such freezing of account adversely affects the right to life under Article 21 of Constitution of India.

It was submitted that there is nexus between the accused, petitioner and the fraud committed against the complainant and therefore the petition may be dismissed.

On going through the judgements cited by the petitioner's counsels, the court said:

"The petitioner has undertaken to offer sufficient bank guarantee and also to abide by conditions. Hence, to meet the ends of justice, the respondent No.1 is directed to intimate the concerned banks to defreeze the accounts, provided the petitioner offers a bank guarantee for a sum of `3,73,899/-."

The court directed the petitioner to make himself available for the purpose of investigation whenever required.