'What Have You Done For Public?Have You Set Up Oxygen Plants?Provided Beds?' Karnataka HC Slams Politicians' PILs On COVID Relief 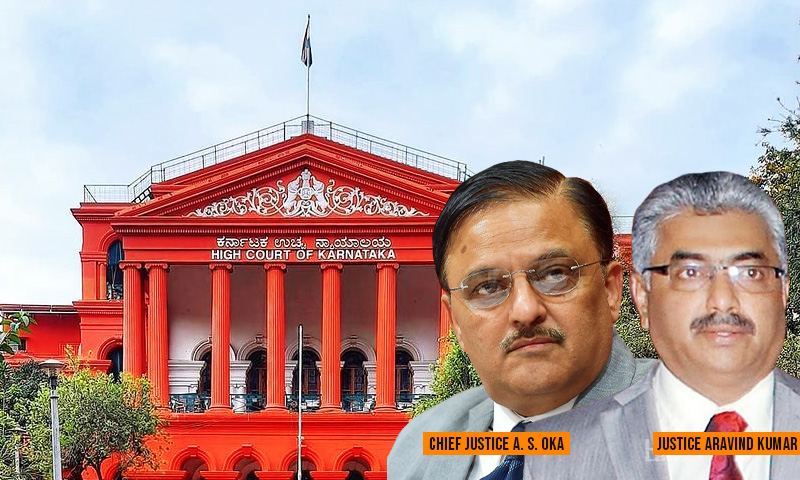 x
Instead of raising the issues in the assembly, the leaders have rushed to the court with 'publicity interest' petitions, the court said.

The Karnataka High Court on Thursday slammed few politicians for filing 'frivolous' and 'publicity interest litigation' petitions. The Court said "Why political leaders have started coming to court we fail to understand. In the last 14 months we have been passing orders, when the issue of migrants was there not a single political leader came to the court." A division bench of Chief...

The Court said "Why political leaders have started coming to court we fail to understand. In the last 14 months we have been passing orders, when the issue of migrants was there not a single political leader came to the court."

A division bench of Chief Justice Abhay Oka and Justice Aravind Kumar was surprised that after a year, political leaders have moved court. It said "Today there are three petitions filed by political leaders before the court. We have passed orders running into 800 pages and suddenly now politicians have started filing petitions."

The first petition which was taken up and dismissed was filed by Dr HK Patil, MLA from Gadag.  While hearing the petition the court said, "There are wide and sweeping prayers made in the petition, how can we entertain this petition?".

It then asked the counsel for the petitioner, "You are a Member of the Legislative Assembly, tell us what have you done for the members of the public? Have you tried to set up an oxygen plant in your constituency? Provided beds to people? You are a political leader, before seeking writ of mandamus, you should have done something for the people of Karnataka."

The court while disposing off the petition orally observed "Being in a privileged position you should have raised the issues in the Legislative Assembly and without doing that you rushed to the writ court."

The next petition the court considered was filed by  S R Patil, Leader of Opposition.  Senior Advocate Professor Ravivarma Kumar appearing for the petitioner submitted that action is being taken against private nursing homes in Bagalkot district for admitting more patients.

In response, the court said, "You are taking up the cause of private persons, we don't expect a MLC to take up the cause of private hospitals." Referring to the prayers made in the petition the court said, "We cannot decide on whether every hospital in the district should be allotted 14 KL of oxygen. Some hospital requirements may be 1 KL of Oxygen and others may be more, we cannot direct the government to allot 14 KL of Oxygen to each hospital in Bagalkot."

It then added, "You are leader of the opposition. Why don't you raise this issue in the Council, you are in a privileged position." In its order the court while rejecting the petition said "These prayers cannot be entertained. As far as allegations of private hospitals being harassed let them make representation to the authorities."

Finally the court took up the petition filed by KR Ramesh Kumar, MLA. The petition has sought directions to the government to make arrangements for receiving swab test samples of people living in remote villages of the state and also making available mobile labs.

The court said "The petitioner is a Member of Legislative Assembly. His first prayer is regarding making arrangements for collection of swab samples from remote areas in Karnataka and mobile labs. There cannot be any dispute that the state will have to make arrangements for receiving swab samples from remote villages. We direct this issue to be considered in the main petition on the next date the state government shall file response on this aspect".

As regards other prayers for implementation of provisions of Karnataka Private Medical Establishments Act 2007, the court directed the state to issue a circular to all private covid hospitals in state inviting attention to provisions of the said act of 2011 and calling upon them to strictly implement the provisions.