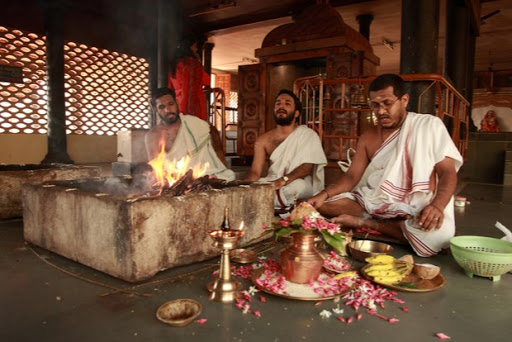 The Karnataka High Court on Wednesday directed the state government to decide the process to extend financial help to 'Archaks', who cannot be paid regular salaries as there is no income to the temples, during the lockdown.

The State government said that by order dated May 20, first instalment of Rs.12,000, out of the yearly grant of Rs 48,000 to each temple in 'C' category is ordered to be released.

Following this submission the bench led by Chief Justice Abhay Oka said "The State Government will have to consider in what manner help can be extended to Archaks who cannot be paid regular salary as there is no income to the temples of 'C' category in the present situation."

The court thus directed him to take instruction and make a statement on the next date of hearing whether Archak Kits (Ration) can be supplied to all Archaks working in nearly 35,000 category 'C' temples across the state.

The court gave the direction while hearing a petition filed by advocate Shreehari Kutsa and K S N Dixit an Archak, seeking directions to provide adequate monetary relief to the Archaks and Temple Servants serving in category 'C' Temples that are managed by the state. Archakas are responsible for the day-to-day preservation, running and upkeep of the religious institution.

The Archakas and servants of 'C' Category temples are almost entirely dependent on the 'Dakshina' (tatte-kāsu or token offerings in Aarti plate) that is given by the devotees as a matter of their belief and to help the poor Archakas. In this situation of COVID-19 pandemic, as social distancing norms mandate that religious institutions be closed for public, the footfalls in the temples is absolutely NIL resulting in the Archakas of the 'C' Grade temples being deprived of even the Dakshina/offering by devotees.