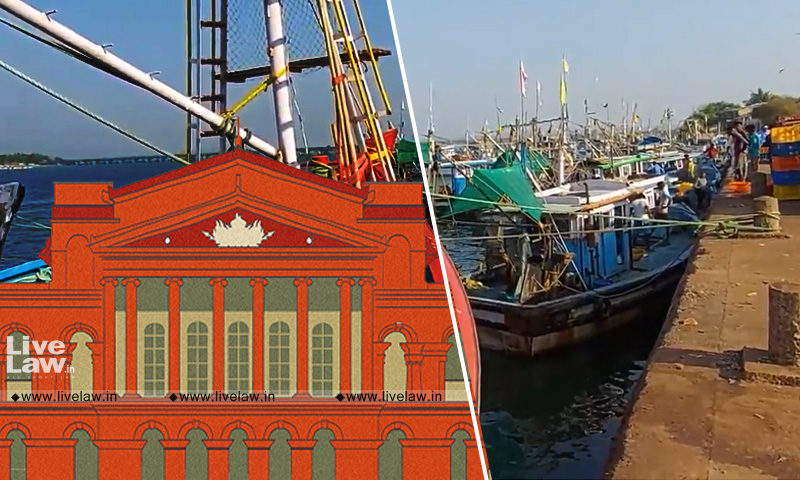 The Karnataka High Court on Wednesday disposed off a petition filed seeking to stop development of the Honnavar Port.

"We cannot keep interfering in such matters which adversely affects the economy of the country."

In its order the court while disposing the petition filed by Honnavara Taluk Hasimeenu Vyparastara Sangha said, "Considering the entire aspect of the matter we dispose of the writ petition with liberty to petitioner to raise his grievance before respondent 5 (Principal Secretary, PWD, Ports and Inland Water Transport department), who may if necessary consider the grievance of petitioner and pass appropriate orders in accordance with law."

The petitioners had challenged the lease agreement for the construction of the port on various grounds, including that the beach on which the port is likely to be constructed is a turtle nesting ground. The other grounds were, Environmental Clearance granted on 21st September 2012 by the sixth respondent and the extension of the Environmental Clearance granted on 1st July 2019. That construction of the Port is a prohibited activity near the CRZ-1 area.

The court by order dated July 13, had directed a survey be conducted by National Centre for Sustainable Coastal Management (NCSCM), working under the Ministry of Environment and Forest of the Government of India.

The court went through the survey report submitted by the authority and noted,

"It has been stated in the report that no nests, turtles or dead carcasses of turtles were observed in 45 hectare areas at the proposed site during the survey."

The counsel for M/S Honnavar Port Pvt Ltd submitted to the court that the writ petition has been filed on behalf of certain individual persons whose vested interests are involved in the area. They do not want the port to be constructed and as such the instant writ petition is a proxy petition on behalf of certain fishermen and other persons involved in fishing and other related activities.

Further, it was submitted that all the necessary approvals have been obtained from the concerned authorities and it is only after necessary survey and other formalities that a decision has been taken to construct the said port at the location which is under challenge.

As regards the argument that the requirement of approval of the Ministry of Environment and Forest is required as part of the proposed construction land is forest land, the counsel said there is no such requirement as the forest land is outside the land marked for the project (lease deed). Moreover in case any such necessity is there, no construction can be carried out without formalities having been completed.

The state government also opposed the plea and said the Deputy Commissioner of Uttara Kannada district has carried out a survey of the land and no land in excess of lease land has been found in use for the construction of the port.

The court on considering the submissions noted,

"The question of location of said port depends on various factors including the requirement and necessity of the port. It is for the experts to determine the location of a port and its requirements."

It added, "So far as the contention of the petition that site which has been leased for development of port is nesting areas of turtles is concerned, we have perused the survey conducted by the NCSCM and as per the survey report which is on record no nest, turtles or dead carcass of turtles, were found during survey. However, it is for the concerned authority to ensure that no damage is caused to nesting of turtles and other endangered species found in the areas."

The court also directed that. "So far as requirement of approval from MoEF is concerned we are of the considered view that respondent shall obtain all the approvals, sanctions and permissions, from all the concerning authorities while undertaking the construction of the port in question."

Accordingly, the Court disposed of the petition.