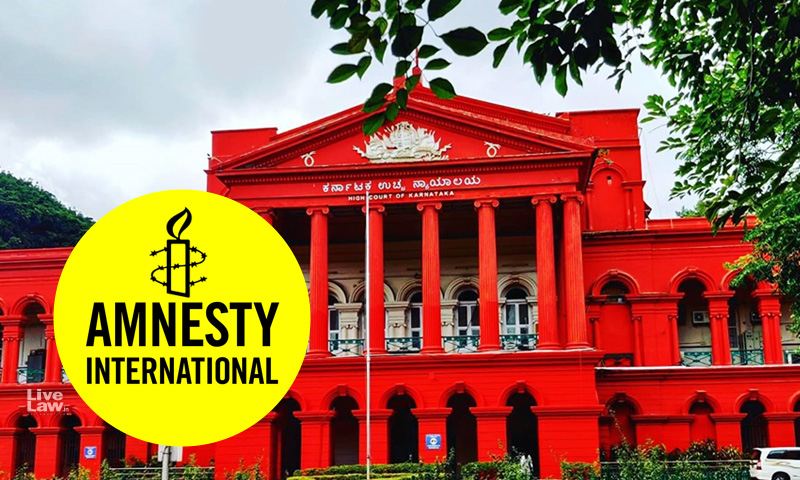 A bench of Justice P S Dinesh Kumar said :"Petition is partly allowed the petitioner is allowed to withdraw an amount of Rs 60 lakh from the bank accounts." The court had on December 9 reserved its order on the petition.

Earlier, the Enforcement directorate had refused to consider suggestion made by the court about whether it is willing to allow the petitioner to make statutory dues like salaries, tax payments, etc to the tune of Rs 40 lakh per month, from the five bank accounts which were mentioned in ED's communication to banks but not attached by its order passed on November 26. .

"This is a very serious matter. Repeatedly we are being harassed. We are only interested in working for human rights." He had added that "Seizure has taken place and no reasons have been recorded and no order is passed and within 30 days matter is not taken before the adjudicating authority as prescribed. Therefore, it is ultra vires of section 17 (1) (A) of the Prevention of Money Laundering Act (PMLA)".

Kumar has argued that "The donations are for spreading human rights and upholding human rights. That is the only activity I have done, it is for nothing else as it is not for profit organisation. Even in the attachment order passed on November 26, there is no whisper that any one of the accounts is tainted with a particular donation under FEMA or PMLA Act."

He added "The PMLA Act is a self contained code it regulates all powers including incidental powers. All these powers are self limiting powers operating for a period of 30 days. The maximum time by statute is 30 days."

Further it was submitted by him that "I have made out a prima facie case, balance of convenience is in my favor and the org will be choked, if the interim order will not be made. It will be a great fraud to any human rights activities carried out in this country, which is a constitutional value."

ASG M B Nargund, appearing for ED, had submitted that petitioners have an effective alternate remedy under the statute before the adjudicating authority and then the appellate authority before approaching the High Court and thus this is not a fit case to grant any relief.

Further he had submitted that "We are in the process of investigations. During that process the officer of the department has communicated to the bank and thus the proceeds of the crime in the bank account are frozen. Since the matter was immediately brought to the notice of the court we could not proceed further." It was added that "These proceeds of the crime are at this point being used according to them for creating awareness in the society. According to us, it is to create problems in the Indian society."

Following the seizure of its bank accounts, Amnesty International announced in September that it was stopping its India operations.