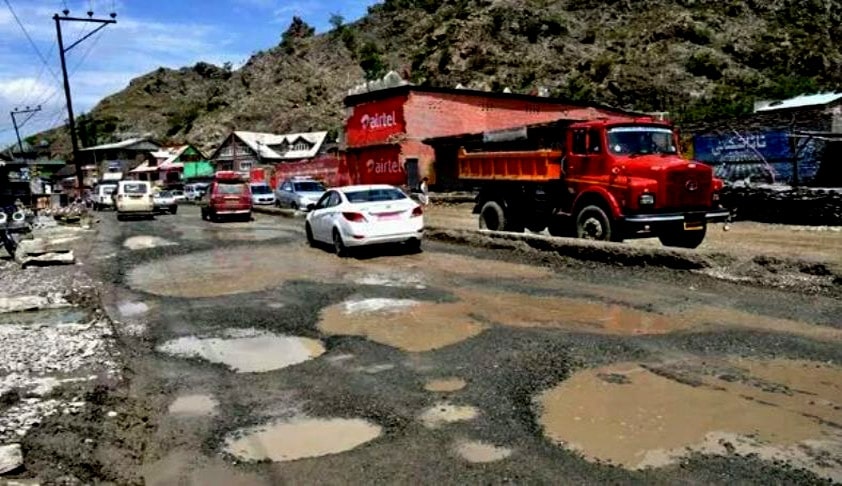 The Karnataka High Court on Monday directed the Bruhat Bengaluru Mahanagara Palike (BBMP) to fill up/ repair 221 potholes on major roads as identified by the corporation, within ten days. A division bench of Acting Chief Justice Alok Aradhe and Justice S Vishwajith Shetty said, "On instructions Sreenidhi V, counsel for BBMP submits that a total number 2010 potholes were filled up...

The Karnataka High Court on Monday directed the Bruhat Bengaluru Mahanagara Palike (BBMP) to fill up/ repair 221 potholes on major roads as identified by the corporation, within ten days.

"On instructions Sreenidhi V, counsel for BBMP submits that a total number 2010 potholes were filled up on 14-09-2022 and as per records of BBMP 221 potholes are to be filled up on major roads. It is submitted that 221 aforesaid potholes on major roads shall be repaired within 10 days by using the hot mix. The aforesaid statement is placed on record, BBMP shall submit a compliance report about filling up of 221 potholes along with photographs before the next date of hearing."

The bench gave the direction while hearing a petition filed in the year 2015 by Vijayan Menon praying for directions for filling up of potholes on major roads and arterial roads in the city and for removing encroachments on storm water drains/ drainage system.

"BBMP is a statutory body and is under an obligation to maintain and repair the roads. The citizens have a right to have roads without potholes which creates a corresponding obligation on the authorities to maintain the roads and to make it pothole free."

The bench directed the corporation to give wide publicity to the grievance redressal mechanism started by it wherein citizens can lodge complaints about potholes and the authority after compilation of repair work uploads photographs of the work undertaken.

As regards encroachments over storm water drains in the city which recently led to flooding in many parts of the city, the bench was informed that a performance audit of management of stormwater drains in Bengaluru Urban area has been conducted and the report has been submitted by the Controller and Auditor General of India, admittedly BBMP has received the report.

The civic body assured the court that BBMP shall constitute a committee of three officers for implementation of the recommendation made in the report submitted by the CAG. To which the bench directed, "The team of officers shall submit a report to this court with regards to steps taken for implementation of measures suggested by CAG."

The bench also clarified that no authority shall conduct either a parallel inquiry or pass orders in respect of the matters which are subject matter of this litigation. Needless to say that orders passed by this court are binding on all the authorities. It is also made clear that any deviation or non compliance of directions issued by this court will be viewed seriously.