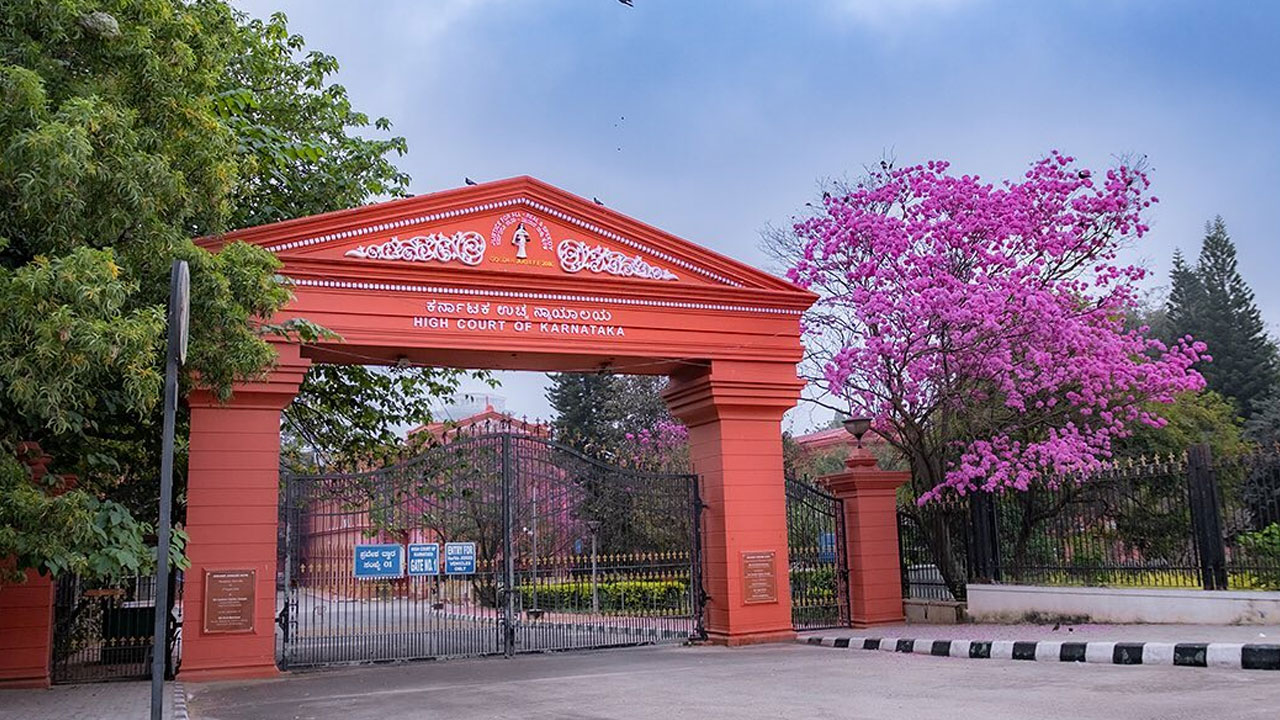 Upholding the appointments made to the posts of Chief Information Commissioner and the Information Commissioners in 2019, the Karnataka High Court has imposed a cost of Rs 5 lakh on the petitioner, who is a former judicial officer, for suppression of material facts in his plea and unnecessarily harassing the appointees.A division bench of Justice B.VEERAPPA AND JUSTICE K.S.HEMALEKHA dismissed...

A division bench of Justice B.VEERAPPA AND JUSTICE K.S.HEMALEKHA dismissed the intra-court appeal filed by Mohan Chandra P, who appeared in person, against the single judge bench order dated 21.04.2022 by which the writ court rejected his petition questioning the appointments.

The former civil judge was also among the candidates who had applied for the vacancies in State Information Commission. He had challenged the notification dated 22.03.2019 pertaining to the appointments, before the single bench.

The bench said in the order:

"The appellant/party-in-person shall deposit the costs of `5,00,000/- (Rupees five lakhs) with the Advocates' Association, Bengaluru, within a period of two months from the date of receipt of certified copy of this Order."

"The appellant is unnecessarily harassing the respondents who have been appointed legally, in terms of the provisions of the Right to Information Act, 2005." It added: "It is axiomatic that appellant/ petitioner has not approached this Court with clean hands and is guilty of suppression of material facts. On that ground alone, the appellant is not entitled to any discretionary relief in exercise of jurisdiction under Article 226 of the Constitution of India."

The appellant had argued that the authorities failed to followed the general directions issued by Supreme Court in Writ Petition (Civil) in 2019 in the case of 'Anjali Bhardwaj and others vs. Union of India and others' and selected the candidates arbitrarily without verifying the genuineness of the applications submitted by them.

The bench noted that the search committee constituted under the provisions of Section 15(3) of the Right to Information Act, 2005, considering in detail all the applications on merits, unanimously resolved to recommend the name of Sri N.C.Srinivasa to the post of Chief Information Commissioner and the names of Sri S.M.Somashekara and Sri K.P.Manjunatha to the posts of State Information Commissioners. The said recommendation is not challenged by the appellant, it said.

It also said that Government Order dated 03.08.2018 constituting the Selection Committee consisting of Chief Minister, Opposition Party Leader of the Legislative Assembly and Deputy Chief Minister has also not been challenged by the appellant.

The bench further said the State Government, in its statement of objections has categorically stated that the three candidates are the persons of eminence in public life with wide knowledge and experience in law and the same is not denied by the appellant. "It is not the case of the appellant that he is a person more qualified and is having eminence in public life with wide knowledge in various fields than that of respondent Nos.2 to 4," said the bench.

In the judgement, the court noted:

"A careful perusal of the memorandum of writ petition, rejoinder and the grounds urged in the writ appeal does not depict as to how the appellant is more qualified, possesses more eligibility criteria than that of respondent Nos.2 to 4 for being selected and appointed as Chief Information Commissioner or State Information Commissioner. So also, in the absence of any lacuna pointed out by the appellant in the qualification and eligibility criteria possessed by respondent Nos.2 to 4, the writ petition, is not maintainable."

"In the absence of any pleadings with regard to his avocation and as to what is his qualification and what is his eminence in public life and knowledge and experience in law and other aspects prescribed under Section 15(5) of the Right to Information Act, the very writ petition filed against the State Government and respondent Nos.2 to 4 is not maintainable as the same appears to have been filed for some extraneous reasons without making out any grounds as to how the appointment of respondent Nos.2 to 4 is bad, illegal and violative of the directions issued by the Hon'ble Supreme Court in the case of Anjali Bhardwaj."

The court said it cannot sit as an Expert Committee over the Selection Committee and substitute its judgment in place of the recommendations made. "Except contending with vehemence that the appointment of respondent Nos.2 to 4 is in violation of Anjali Bhardwaj's case, the appellant has not shown as to what is the violation," it added.

"The said fact is suppressed by the appellant and has nowhere stated in the memorandum of writ petition or writ appeal. Therefore, the appellant has not approached the Court with clean hands and the writ petition is liable to be dismissed on the ground of suppression of material facts," said the bench.

The court also said the petition is liable to be dismissed for non joinder of necessary party as the Selection Committee was not arrayed as respondent to the writ petition. It further observed that though the arguments advanced by the party-in-person are very attractive, there is no substance in it.

In the judgement, it has also been recorded,

"When query was made by the Court during the course of dictation as to what is his avocation, the appellant/party-inperson submits for the first time in the present Writ Appeal that he is a practicing advocate. Even in the cause title, appellant has not shown his avocation. In the verifying affidavit filed along with the Memorandum of Writ Appeal, the appellant has not stated his avocation. Being a practicing advocate and arguing the present Writ Appeal as a party-in-person, he is misusing the process of the Court and is harassing the respondents repeatedly, wasting public and judicial time of the Court, by filing writ petition and writ appeal."