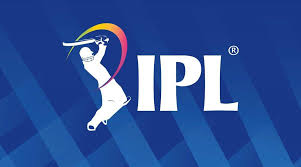 The Karnataka High Court on Wednesday dismissed a public interest litigation filed questioning the auction held every year for selecting players for the Indian Premier League (IPL) teams and claimed that it amounted to "human trafficking".

A division bench of Acting Chief Justice Alok Aradhe and Justice JM Khazi orally observed, "Auction and the matches are over, the final match has been played and trophy has been given for this year. Nothing remains now."

Venkatesh Setty had moved an application seeking restoration of his plea which was rejected by the Registry citing office objections.

Advocate Nayana Tara BG, appearing for Union Home Minister Amit Shah, opposed the application and informed the Court about a similar petition considered and dismissed by the Delhi High Court.

In its order, the High Court noted that the petitioner had not complied with requirements of Karnataka High Court Rules and therefore, his writ petition was dismissed for non-compliance of office objections. "We have heard counsel for parties and perused the papers, by the efflux of time the issue does not survive for adjudication," it said.

It added, "The issue rendered in this PIL having been rendered academic on account of efflux of time we are not inclined to recall the order dated April 19, passed by the registry."

The plea stated that players are not robots nor goods and thus selecting players through public auction affects human life and dignity. Further it sought stay on the forthcoming IPL auctions.

The petitioners prayed for directions to the officer bearers of BCCI, owners of IPL teams and major advertisers of the event to tender unconditional public apology.