Will You Appoint Expert Agency To Study Habitat Of Great Indian Bustard?Karnataka High Court To State 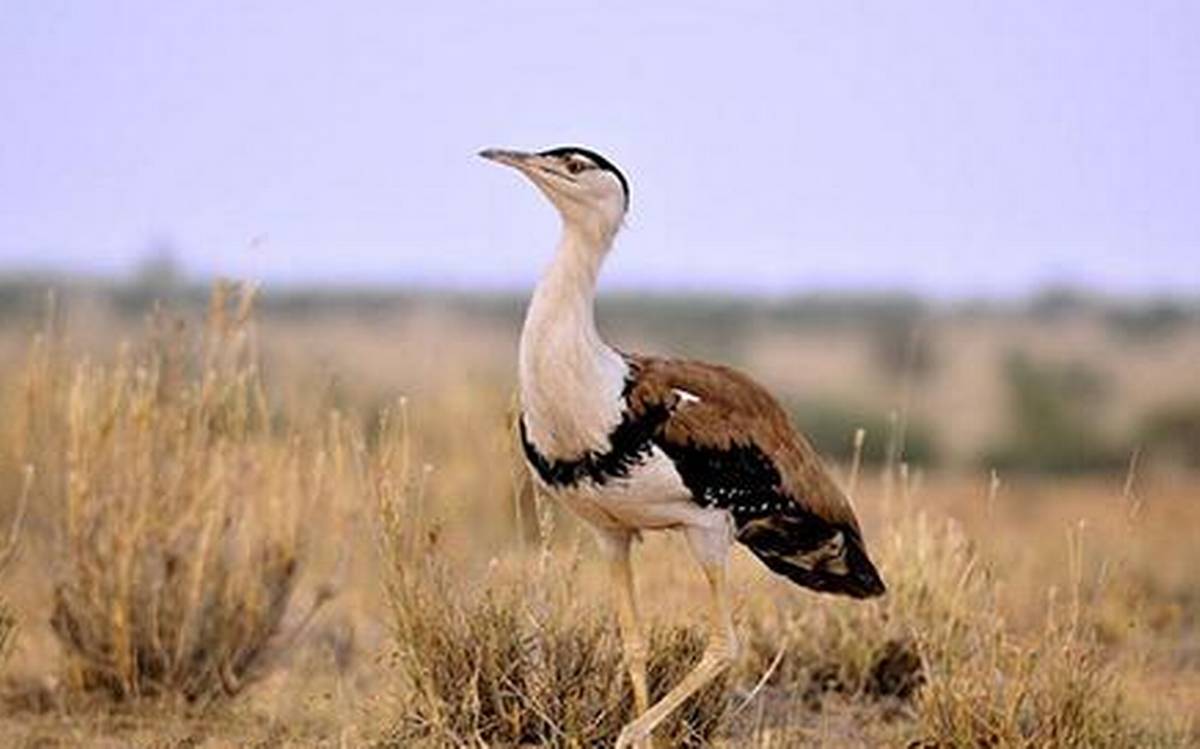 The Karnataka High Court on Thursday directed the State Government to make a statement on January 21, on whether it was willing to appoint an expert agency like the Bombay Natural History or Wildlife Institute of India to study the natural habitat of the surviving bird species of the Great Indian Bustard, in the state. A division bench of Chief Justice Abhay Oka and Justice Sachin...

The Karnataka High Court on Thursday directed the State Government to make a statement on January 21, on whether it was willing to appoint an expert agency like the Bombay Natural History or Wildlife Institute of India to study the natural habitat of the surviving bird species of the Great Indian Bustard, in the state.

A division bench of Chief Justice Abhay Oka and Justice Sachin Shankar Magadum said "It will be appropriate if the state government appoints an expert agency, including the two expert agencies suggested by the petitioner."

The petitioner Edward Santosh Martin took strong objection to the affidavit filed by the state government to his petition. In his reply he stated "The person consulted by the Deputy Conservator of Forest (DCF) Bellary to prepare an observation report, is a primatologist and not a GIB expert or ornithologist. Therefore consulting a person who has no expertise in the study of GIB in order to prepare an observation report is a major flaw on the part of the state. GIB experts who have studied GIB at length are in Bombay Natural History Society and Wildlife Institute of India, should have been consulted instead."

Advocate REVATHI SHIVAKUMAR appearing for the petitioner submitted that repeated appeals to PCCF Wildlife, Karnataka by Experts like Dr.Asad A Rahmani, ex-director of BNHS, who studied GIBs for four decades and Dr.Ranjitsinh, who drafted Wildlife Protection Act,1972 and carved Tiger Reserves in India regarding the major hindrance caused to the birds due to the construction activities have fallen on deaf ear. She even suggested their names for the carrying out the study of the habitat of GIB. To which the bench said "It has to be an institutional exercise."

The court added "The state can consider appointing one of the two agencies in advisory capacity to verify whether steps taken by it are correct and also the objections raised by the petitioner. The impact on habitat due to construction of watch towers etc can be gone into by the experts so that the entire issue can be resolved."

The court had on the previous hearing said "The Wildlife Protection Act has been enacted to provide for protection of wild animals, birds and plants. The definition of animal includes birds and the definition of wildlife includes animals which include birds. Thus, it is the obligation of the state to protect the wildlife." It added that "Under Article 48A of the Constitution state will have to protect, improve and safeguard forest and wildlife."

The petition states the illegal actions of respondents, undertaking civil works such as construction of watch towers and anti-poaching camps, within the area of habitat of the species has pushed the species to the brink of extinction which is a blatant violation of Part III, Schedule I of the Wild Life(Protection) Act, 1972.

In 2006, after years of exploring, a team of wild life enthusiasts including the Petitioner No 1, discovered about 'nine bustards' in a remote corner of Ballari district, Siruguppain Karnataka. They had documented a few young ones as well, indicating that Karnataka had a breeding population. Since then, the NGO, along with local volunteers and Karnataka Forest Department (KFD), have been monitoring sightings of this species.

The petition says that recently, as part of CAMPA, JSW Limited had purchased 250 acres of land in Ballari where the GIB was seen, and had handed it over to the KFD towards protection of the bustard. In 2016, a rapid assessment survey by the NGO found 12 GIBs here.

Further, the plea says in May 2020, the KFD began digging hundreds of pits to plant saplings of tall trees in the very same area the GIBs were found. Converting grassland to a tree plantation is not conducive for the GIB. "The GIB is an open-country bird that avoids areas with dense and tall plants. In addition to this, anti-poaching camps and five watchtowers are being constructed in great haste. These buildings and tall trees will cause hindrance to the birds and cause them to fly away in search of favorable habitats," the plea says.