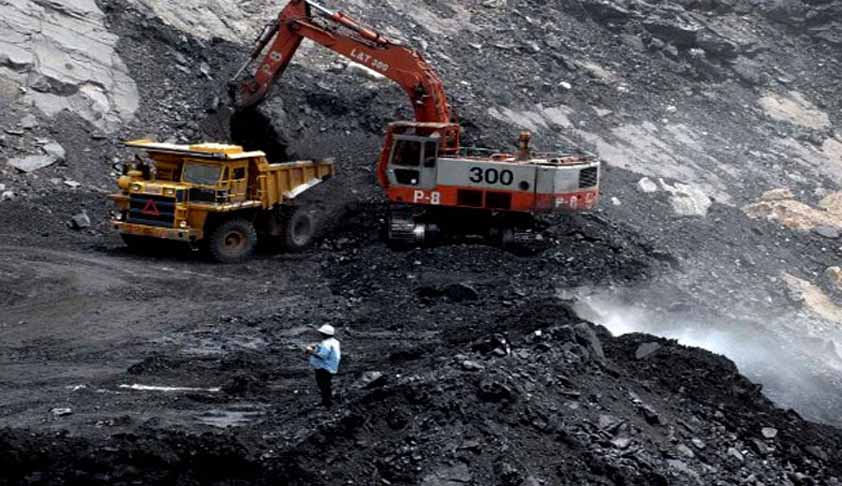 The Karnataka High Court has struck down Rule 42 (7) of the Karnataka Minor Mineral Concession Rules, 1994, introduced by way of an amendment dated June 30, 2020, holding it to be unconstitutional and ultra vires to the Mines and Minerals (Development and Regulation) Act, 1957. Following this order the government will not be able collect an amount of Rupees seventy per metric ton,...

The Karnataka High Court has struck down Rule 42 (7) of the Karnataka Minor Mineral Concession Rules, 1994, introduced by way of an amendment dated June 30, 2020, holding it to be unconstitutional and ultra vires to the Mines and Minerals (Development and Regulation) Act, 1957.

Following this order the government will not be able collect an amount of Rupees seventy per metric ton, from the person who transports the processed building stone materials like aggregates or jelly, size stone, boulders, M-sand and other varieties from other States, with valid permit, into Karnataka.

A division bench of Chief Justice Abhay Oka and Justice S Vishwajith Shetty while allowing the petition filed by SAI KESHAVA ENTERPRISES and others challenging the said amendment said "The State Government has no rule making power to make rules providing for recovery of regulatory fee on minerals lawfully excavated in the other States."

Senior Advocate Arvind Kuloor Kamath, argued that the field of transportation of minerals and the regulation of mining is already occupied by the said Act of 1957 which is a law made by the Parliament. As per the said act a power has been conferred on the States to frame Rules only in accordance with Sections 15 and 23-C thereof. The state Government has already established various check-posts in the State right from the year 1994 for controlling unauthorized transportation and unauthorized quarrying.

Further, it was submitted that the impugned sub-rule (7) of Rule 42 does not prescribe the object and nature of the levy, and simply states that a sum of rupees seventy per metric ton is payable by non- State transporters. It is not described as a fee. The rule is not covered by the legislative power of the State either under Section 15 or under Section 23-C of the said Act.

It was also said that the impugned fees are collected for recovering the expenses incurred for setting up infrastructure of check-posts. Therefore, it is only a compensatory fee and not a regulatory fee. Hence, the contention of the State Government that the levy of such fee is a regulatory cannot be accepted and the test of quid pro quo would apply and the burden is on the State Government to establish that the service has been rendered to the petitioners.

Finally he submitted that there is no correlation between the class of persons to whom the object of the said Rule applies and the class of persons who have to pay the fee. If the alleged object of recovery of fee is to check illegal transportation of minerals both from within and outside the State. Therefore, the fees cannot be charged only from those who are transporting the minerals from outside the State. The levy of fee is violative of Article 14 and Article 301 of the Constitution of India.

He also submitted that in view of enactment of Section 15, the whole of the field relating to minor minerals came within the jurisdiction of the central legislature and no scope was left for the State Governments to make plenary legislation.

Finally he said "There is every justification for setting up of the check-posts for preventing the entry of illegally mined minerals into the territory of the State of Karnataka and therefore, the levy of fees is justified.

The bench relied on the decision passed by the Supreme Court in the case of State of Gujarat and others –vs- Jayeshbhai Kanjibhai Kalathiya, in which it was held that there is no power vesting in the State under Section 23-C of the said Act of 1957 to make a rule for regulating transportation of lawfully excavated minerals.

It said "The State Government does not get the authority under Section 23-C of the said Act of 1957 to make rules for the regulation of transport of legally excavated minerals from other States." It added "The provisions of both Section 15 and Section 23-C do not authorize the State Government to make rules for regulating the minerals lawfully excavated in other States."

The bench also held that "There is no power conferred on the State to make the rules to regulate the entry of minor minerals lawfully excavated from other States by levying fees. Such power is not vesting in the State Government."

Case Title: SAI KESHAVA ENTERPRISES And THE STATE OF KARNATAKA