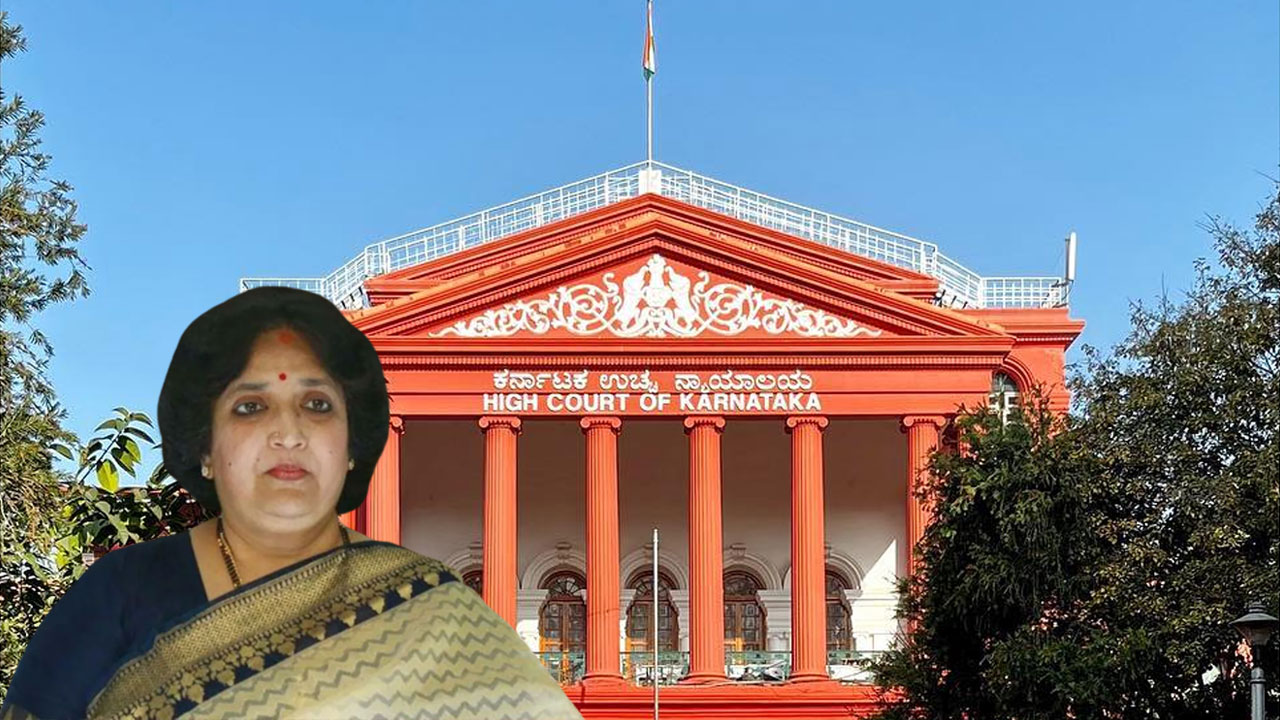 In partial relief to superstar Rajanikanth's wife Latha Rajanikanth, the Karnataka High Court has quashed charges of cheating, giving false statement and using evidence known to be false, levelled against her in a private complaint filed by a Chennai-based advertising company.

A single judge bench of Justice M Nagaprasanna quashed the Magistrate's order to the extent of taking cognizance of a final report filed against her under Sections 196, 199 and 420 of the IPC. It is alleged that Latha filed a suit before a civil court in Bengaluru on the basis of a forged document and obtained an order of injunction, restraining media houses from reporting a criminal complaint lodged against her.

It was alleged that Latha had executed a guarantee on behalf of Mediaone Global Entertainment Limited in favour of the complainant and had failed to honour it as the film went into losses.

Complainant M/s Ad Bureau Advertising Private Limited had entered into a financial transaction with M/s Mediaone Global Entertainment Limited, which was represented by its Director one J.Murali Manohar generated disputes with regard to finances in connection with a Tamil cinema titled Kochadian.

The said financial dispute generated wide publicity as it was in respect of a cinema that had its lead protagonist, a popular star in the Tamil cinema. All the electronic media wanted to publish the dispute between the Mediaone Global Entertainment Limited on the ground that the petitioner-wife of the said protagonist had executed a guarantee on behalf of Mediaone Global Entertainment Limited in favour of the complainant and had failed to honour it as the film went into losses.

She then knocked the doors of the civil Court at Bangalore against all the news agencies – 70 in number – seeking a restraint in publishing news with regard to allegations made her and her family. The injunction was granted in December 2014.

In February 2015, the plaint was returned for want of territorial jurisdiction following which, the instant private complaint was filed.

Though the complaint was quashed by the High Court, the Supreme Court ultimately held that it is a triable case.

It was alleged that a particular document which was not in existence in a media house and which also does not exist was produced before the civil Court at Bangalore in order to get jurisdiction to entertain the suit and obtain an order of injunction.

Senior Advocate Aditya Sondhi appearing for the petitioner said the trial Court could not have taken cognizance in the light of specific bar under Section 195 of the CrPC as it is a document that was produced before the Court which is alleged to have been forged and Section 195(1)(b) read with Section 340 of the CrPC bars a private complaint being registered as the complainant has to report before whom the document is produced.

Advocate S. Balakrishnan for the complainant said if the document after production before the Court is tampered with, it is only then the Court is required to register a complaint, as the document would become a custodia legis. Therefore, the private complaint in the case at hand was maintainable. He would further contend that the present one is a petition which is second in line and should be dismissed for want of maintainability as the Apex Court has clearly held that it is a triable issue and trial ought to have been permitted.

Firstly the court decided on the issue of maintainability of the second petition it said,

"The circumstances that lead the petitioner to the doors of this Court is taking of cognizance and issuance of summons on the final report/charge sheet. On this changed circumstance, the second petition under Section 482 of the Cr.P.C., notwithstanding the earlier one, even if it were to be dismissed, is maintainable."

Referring to the apex court order wherein it held that it was a case for trial, the bench said,

"The Apex Court at the time it rendered its order, the present case was at the stage of registration of crime and was pending. In the light of other judgments rendered by the Apex Court on the point, this petition would be maintainable and the hearing of the contentions on their merit would become available."

As regards the cognizance being taken by the magistrate court of the chargesheet the bench said ,

"In the case at hand qua the facts obtaining herein the private complaint registered by the 2nd respondent invoking Section 200 of the Cr.P.C. is founded on the allegation that the document produced before the civil Court in O.S.No.9312 of 2014 filed by the petitioner was forged and fabricated."

Then relying on the judgment of the Supreme Court in the case of Bandekar Brothers Private Limited V. Prasad Vassudev Keni, and Bhima Razu Prasad V. State, the bench said "If the document that is produced in the case at hand is considered, it does not have a reasonable nexus with the issue that was put forth before the concerned Court, notwithstanding the fact that the document was allegedly created outside the Court proceeding and was produced before the Court in the civil proceeding instituted by the present petitioner."

"Taking cognizance for offences quoted supra would be a bar under Section 195(1)(b)(i) of the Cr.P.C. Section 195(1)(b)(i), clearly refers to offences punishable under Sections 193 to 196, 199, 200, 205 to 211 said to have been committed in or in relation to any proceeding in any court. Therefore, the offences so alleged under Sections 196 or 199 would stand barred from the learned Magistrate taking cognizance, unless the procedure under Section 340 of the Cr.P.C. is followed by the concerned Court, where the evidence or the document is said to be placed."

As regards the offence under section 420 (Cheating) the bench said,

"Section 415 of the IPC mandates that there should be inducement from the hands of the accused to the victim to part with any property and the transaction should be tainted with dishonest intention right from its outset. No such ingredient as is needed has even a mention in the allegation. Therefore, the allegation for the offence punishable under Section 420 of the IPC has been recklessly included without there being any foundation laid in the complaint."

The other offence regarding invocation of Section 463 IPC, (Forgery) the bench said, "Section 463 of the IPC though has its mention in Section 195(1)(b)(ii), in the light of the document forged and created outside when the matter was not custodia legis."

It held that Section 463 of the IPC as is alleged is not so inseparable that would bar the Magistrate from taking cognizance of the offence except on a proceeding initiated under Section 340 of the CrPC.

Following which it partly allowed the petition.