No Notice Ought To Be Issued To The Subject Prior To Issuance Of Look Out Circular: Karnataka High Court 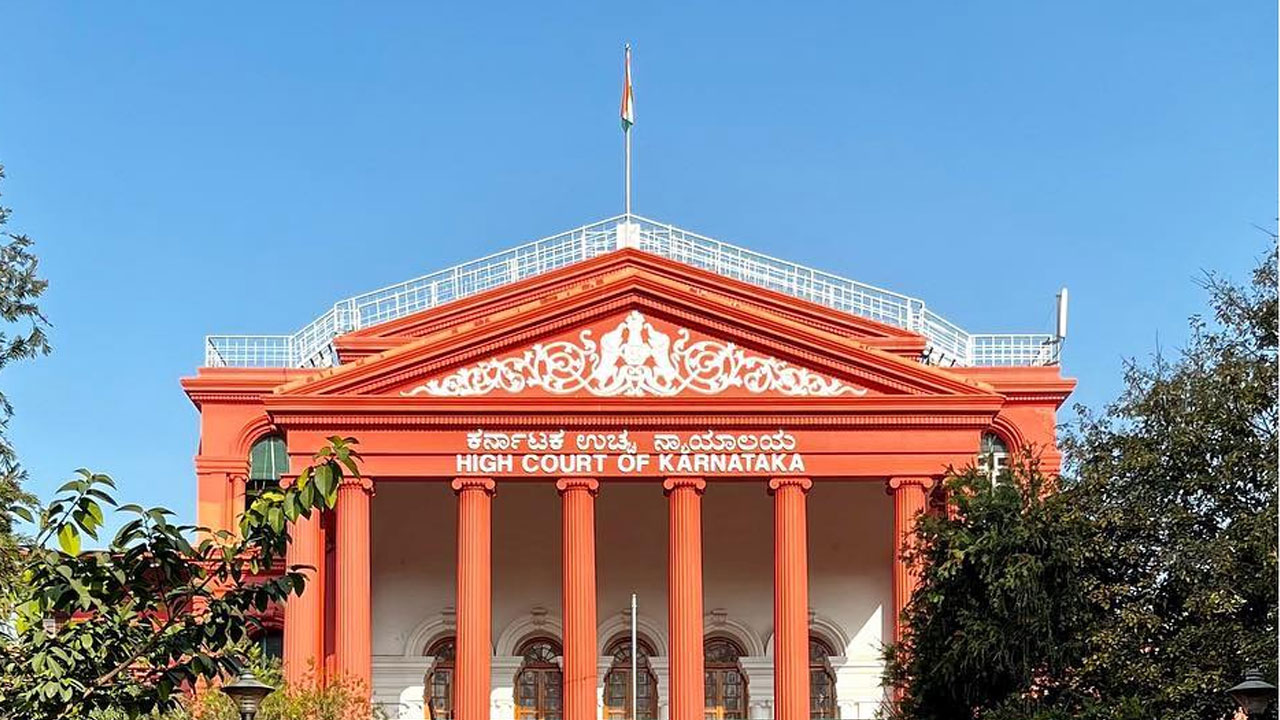 x
But when the subject is stopped, he is entitled to know why his travel is being stopped with a copy of the LOC.

The Karnataka High Court has held that no notice ought to be issued to the subject of the Look out circular prior to its issuance. A single judge bench of Justice M Nagaprasanna however added, "Right to travel being curtailed against the subject of the LOC, he would at least become entitled to a copy of the LOC, not at any time prior to his being stopped from travelling...

The Karnataka High Court has held that no notice ought to be issued to the subject of the Look out circular prior to its issuance.

A single judge bench of Justice M Nagaprasanna however added,

It said, "The subject of the LOC would then become aware as to why his liberty to travel, which is a facet of fundamental right, is being taken away."

The petitioner Harshavardhan Rao K, is accused in a case registered by his estranged wife against him under provisions of the Protection of Children from Sexual Offences Act, for allegedly sexually abusing their son. In May this year, he was stopped by Immigration Authorities at the International Airport, Bangalore informing him that the 4th respondent (Deputy Commissioner of Police) had issued a LOC in his name concerning the criminal case pending before the Additional City Civil & Sessions Judge, Fast Track Sessions Court, Bangalore.

The petitioner, later, tendered several representations seeking recall of the LOC in the light of proceedings against him being stayed by the High Court. Notwithstanding the same, the LOC was not recalled and thus he approached the court seeking a direction for issuance of writ in the nature of mandamus for recall of the LOC.

"LOC is issued by the Police or the Court in some circumstances. Therefore, they are referred to as the originator. LOC is transmitted to the Bureau of Immigration to execute the said LOC and the person against whom LOC is issued is the subject of the LOC. Therefore, originator, originates LOC against the subject and transmits the same to the executant viz., Bureau of Immigration. This is the broad framework and how the LOCs are executed."

"Once LOC is issued, the Immigration Authorities are bound by the mandates of the said circular to stop the subject, from travelling beyond the shores of the nation for whatever purpose it would be and the Bureau of Immigration would continue to stop every time he seeks to travel, till subsistence of LOC, as it has to be recalled or withdrawn by the originator, the State Police."

"It is thus a powerful tool at the hands of the State to direct the Bureau of Immigration to stall the march of travel of a subject of LOC beyond the shores of the nation."

Noting that statutory sanction for issuance of LOC can be traced to Section 10A and 10B of the Passports Act, 1967, the bench said,

"The object for issuance of LOC is to ensure that the subject of LOC becomes available for interrogation, trial or any inquiry."

Rejecting the contention that the petitioner should be afforded an opportunity or a prior notice pursuant to issuance of LOC, the bench relied on the coordinate bench judgment in the case of Dr. Bavaguthuraghuram Shetty V. Bureau Of Immigration, ILR 2021 KAR 2963, and said,

"The contention of the learned counsel for the petitioner that a notice ought to be issued to the subject of the LOC prior to issuance of LOC deserves to be rejected."

Partly accepting the contention of the Government of India that a copy of the LOC need not be furnished to the subject at any time before getting apprehended, the bench said,

"At the time when he is stopped and handed over to the originator, he is, in the considered view of this Court, entitled to know why his travel is being stopped with a copy of the LOC handed over to his hands. This becomes the only requirement of principles of natural justice in the cases that emanate from the LOC."

"Since the impugned crime (against the petitioner) is neither eclipsed nor extinguished, by any competent judicial fora, the prayer of the petitioner for a direction to recall the LOC cannot be granted. All that the petitioner would be entitled to, in such a case, would be the knowledge of the reason for stalling his travel i.e., a copy of the LOC issued against him."

"An accused who is enlarged on bail should be made known as to why his travel is being interrupted. Therefore, the supply of the copy of LOC along with request from the originator is sine qua non for execution of the LOC. Therefore, it is for the originator to furnish the copy and the reasons to the executant and the executant shall furnish the same to the subject of the LOC, not at any time earlier, but at the time when the subject of the LOC would be subjected to rigors of the LOC."

Accordingly it disposed of the petition with a direction to the Deputy Commissioner to consider the representation given by the petitioner seeking recall of the lookout circular and pass appropriate orders within six weeks.