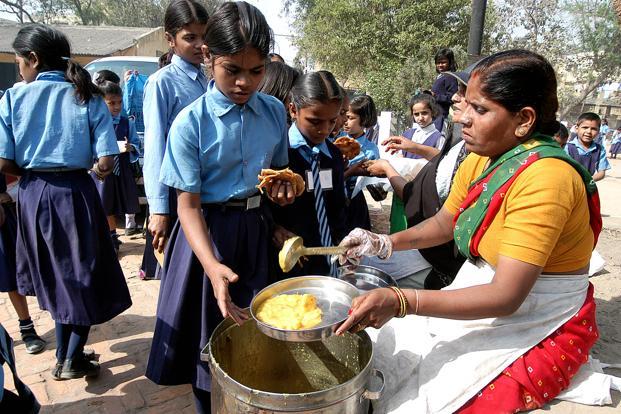 The Karnataka High Court has said that head cooks and cooks employed on contract basis under the 'Bisi Oota Mid-day Meal scheme', being run by the state government do not qualify for wages under the Minimum Wages Act, 1948.

A division bench of Acting Chief Justice Alok Aradhe and Justice S Vishwajith Shetty made the observation while disposing of a petition filed by a social worker Nowhera Shaik.

The bench observed, "The provisions of the Act (Minimum Wages Act) apply to the employments which have been mentioned in the Schedule appended to the Act. The scheme is not one of the employment mentioned in the Schedule and therefore, the provisions of the Act do not apply to Head Cooks and Cooks who have been employed on contract basis for a limited duration of 4 hours in a day."

The petitioner had approached the court stating that women workers employed under the Scheme, primarily belonging to SC/ ST and other backward classes, were employed on a paltry remuneration of Rs.1,000 per month and were denied the benefit of minimum wages. It was contended that the fundamental rights of the said women workers under Articles 14 and 21 of the Constitution of India have been infringed.

The High Court noted that the scheme in question was formulated following Supreme Court's directions in PUCL v. Union of India (WP(C) No.196/2001) for providing freshly cooked meals to children in all Government schools across the country.

Following the demands of head cooks and cooks, the Government enhanced their remuneration to Rs.2,700/- and 2,600/- per month respectively in the year 2018. The Government also undertook measures for providing insurance and compensation. In case of untimely death or injury, compensation to the extent of Rs.1,00,000/- and Rs.75,000/- respectively is payable. The provision for payment of Rs.30,000/- has also been made in case any burn injuries are sustained by any person employed under the scheme.

Accordingly, it disposed of the petitions.