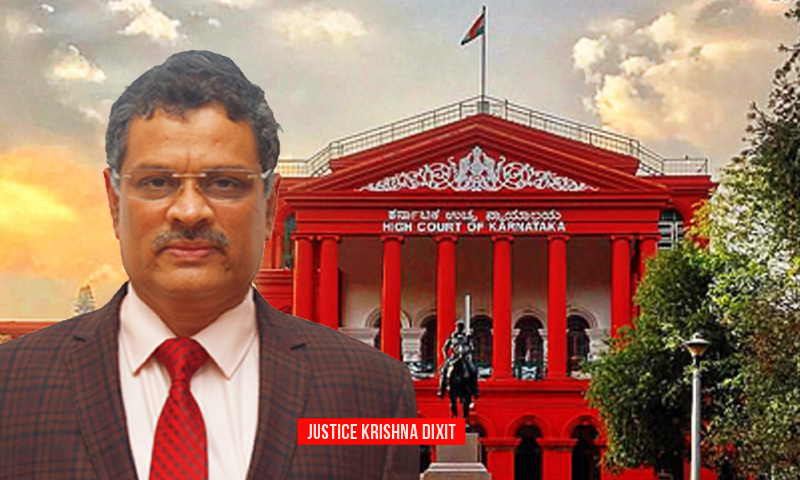 The Karnataka High Court has held that Overseas Citizenship of India (OCI) cardholders can seek matrimonial reliefs before appropriate courts in India, against the estranged partner who is also an OCI cardholder. A single judge bench of Justice Krishna S Dixit said, "Subsection 2 of section 7B of the Citizenship Act, excludes certain rights from being granted to the OCI...

The Karnataka High Court has held that Overseas Citizenship of India (OCI) cardholders can seek matrimonial reliefs before appropriate courts in India, against the estranged partner who is also an OCI cardholder.

"Subsection 2 of section 7B of the Citizenship Act, excludes certain rights from being granted to the OCI Cardholders. However, this exclusion does not cover the right to seek matrimonial reliefs at the hands of the native Courts. The subject statutory notifications do not in so many words vest in them such a right to litigate may be true; but, that per se does not divest them of such a right which otherwise avails even to the OCI Cardholders."

It added, "After all, ubi jus ibi remedium is the operational principle of our system; once lawfully admitted to a territory even the foreigners are entitled to certain essential rights that are necessary for a meaningful life."

The estranged wife filed a petition u/s. 27(1)(a) & (d) of the Special Marriage Act, 1954 r/w Sec.18 of the Foreign Marriages Act, 1969 seeking a decree for dissolution of marriage and for the retention of child custody before the family court in Bengaluru.

The husband filed an application opposing the petition and sought for its dismissal. The Family Court, rejected his application vide order dated September 25, 2020, holding that the native court has jurisdiction to try the subject matrimonial cause. The order came to be challenged before the high court by the husband.

Firstly the court noted, "In matrimonial causes the precept of 'spousal–equality' as a necessary facet of gender–equality enshrined u/a 14 of the Constitution must be given due recognition i.e., 'truly fair equality of opportunity' for both persons in the marriage in terms of opting into marriage & opting out, i.e., dissolution of marriage."

"Allowing the husband to curtail the 'exit' option of the wife, on the ground of lack of jurisdiction or such other factors militates against our constitutional philosophy. It is also pertinent to state that the principle of 'spousal–equality' is premised on the provision of effective freedom to both parties to determine the nature of their lives, different styles and ways of living."

The court also took into consideration that the couple had undergone a marriage ceremony in accordance with the rites & rituals of Hindu Arya Samaj in India and then they got registration of civil marriage in the U.K. The court observed, "A subsequent official ceremony of marriage that took place in their country would not replace the existing marital status in rem and create a new one."

Further it added, "If marriage has taken place in India in which parties are ordinarily residing, the native Courts have substantive jurisdiction to adjudge matrimonial disputes, parties cannot be asked to go to some other country to have redressal to their grievances, it is more so when the grieving party is the wife; this view gains support from several International Conventions."

Further the court noted that Section 18 of the 1969 Act (The Foreign Marriage Act) and Section 31 of the 1954 Act (Special Marriage Act) prescribe "residence" for invoking the jurisdiction of Family Court. It said "The word 'residence' is not prefixed by the word 'ordinarily' and thus these provisions are a bit in variance with usual drafting. The absence of a prefix gives an indication that the word 'residence' needs to be given an expansive meaning."

It added "After all, law is not the slave of dictionaries; words employed in a statute do not have a fixed meaning. The contours of their meaning vary with the run of time. Statutes do not suffer from rigor mortis."

Taking into account that the wife was staying in Bengaluru said "Thus, these provisions are 'citizenship neutral' but 'domicile centric', it hardly needs to be stated the domicile involves the factum of residence and the intent to reside indefinitely; these ingredients galore in this case."

Rejecting the contention of the husband that the wife should go to Courts in England to seek dissolution of the marriage. The court said "It virtually amounts to denying matrimonial relief to her and thus compelling her to remain in the wedlock, which otherwise she could have worked out her remedy against."