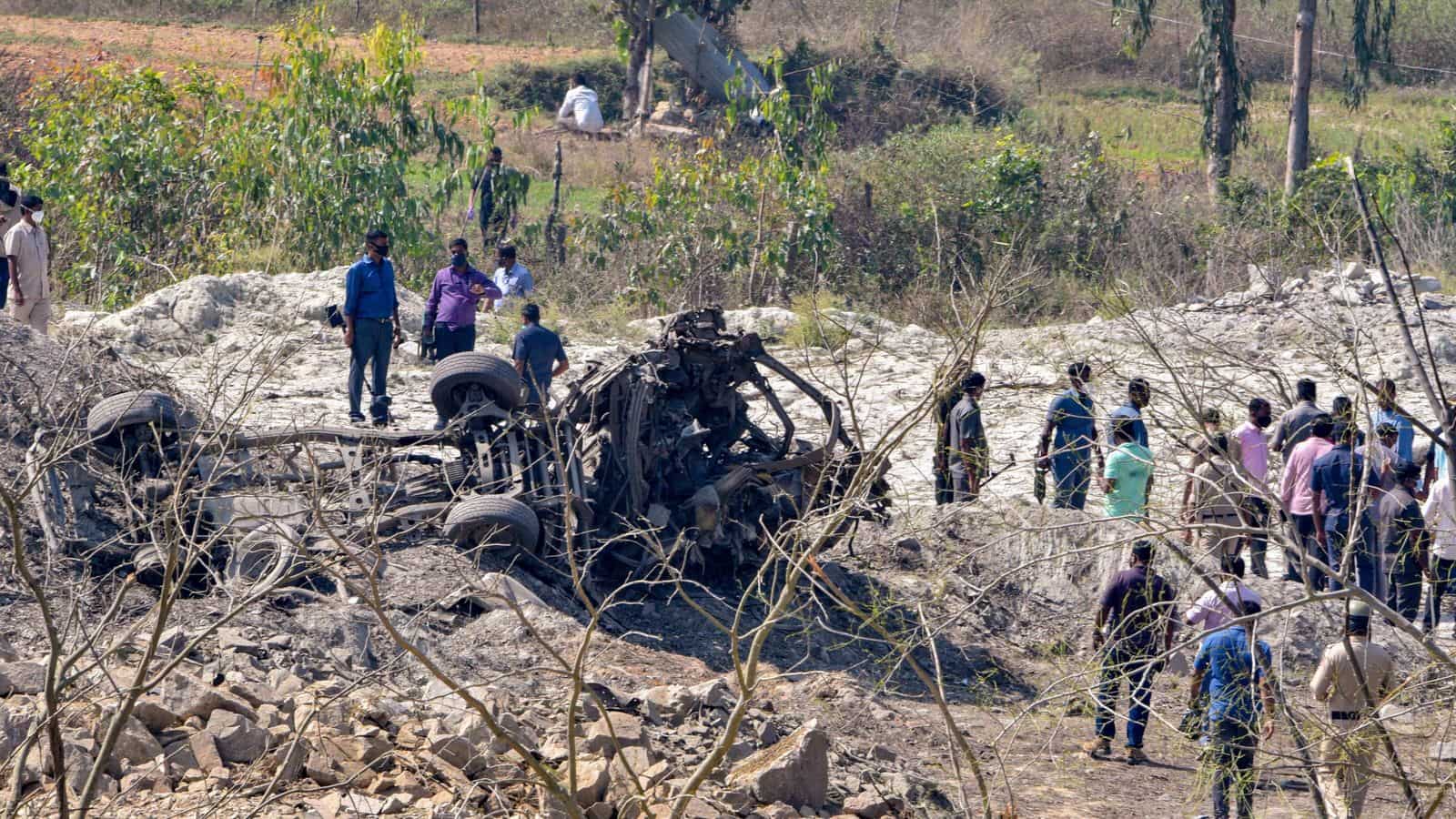 The Karnataka High Court on Tuesday directed the state government to file a reply stating the preventive steps it proposes to take in the state in wake of the January 21, blast that occured near the Shivamogga town, when a lorry carrying explosives meant for quarrying had exploded killing 8 people.

A division bench of Chief Justice Abhay Oka and Justice Sachin Shankar Magadum, while issuing notice returnable on March 2, said "State will have to take a stand about the inquiry if any made of the cause of the incident subject matter of this petition. State will have to come out with preventives measures it proposes to take and the action taken against those who are responsible shall be placed on record."

The bench issued the direction while hearing a petition filed by one Dr K B Vijayakumar who claimed that when poor people have lost their lives in the incident, with possibilities of many more to follow in the near future it is a picture of irresponsibility, a picture of callousness, a picture of non-accountability, a picture of deep rooted corruption in governance.

The plea states that merely announcing compensation for the deaths that have occurred is no solace no solution but only encourages the government machinery not to bother about such happenings. The plea prays for suspensions of those government functionaries who may be involved in the incident. Direct the respondents to file criminal cases against the officials whose negligence caused the disaster. Respondents be also directed to formulate a scheme for compensation to those who lost their lives and suffered injuries, within 30 days.