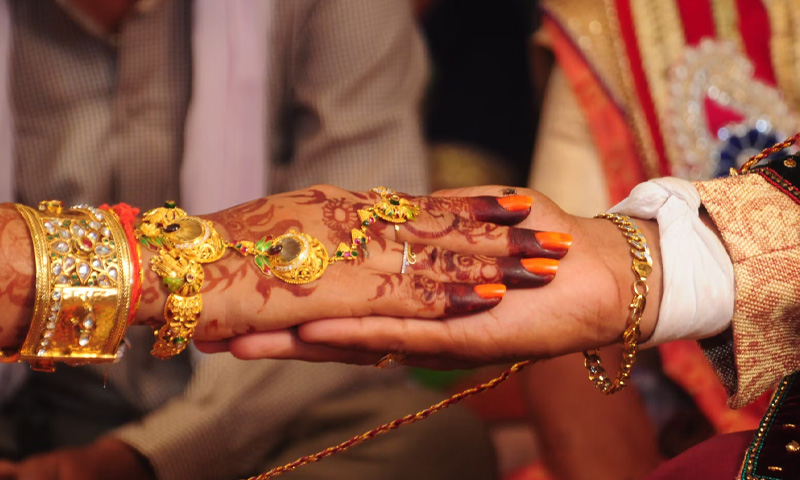 The Karnataka High Court has observed that the decision of the suitability of partners to a marital tie rests exclusively with the individuals themselves. Neither the State nor the Society can intrude into that domain.

A division bench of Justice B Veerappa and Justice K.S. HEMALEKHA while dismissing a habeas corpus petition filed by the father of a 19-year-old girl, who is said to have eloped and married without informing the parents, said,

"The Courts, as upholders of Constitutional freedom, must safeguard their freedom. Courts are duty bound not to swerve the path of upholding our pluralism and diversity as a Nation.'

However, on going through the facts of the case and inquiring with the daughter and her husband who were produced in court, the bench observed "It is also relevant to state that the parents also should understand that their children are the supreme asset of the nation. A proper education encompassing skill development, recreation and cultural activity has a positive impact on the child."

"Our history reveals that there are parents who sacrificed their lives to the children and the children who sacrificed their life to the parents. It is only a mutual love and affection between the two i.e., parents and children. If there is love and affection between two, there cannot be any rift in the family and there would be no question of either children going against the parents or parents going against the children to the Court to protect their rights. The parents should create a good atmosphere in the family by their love and affection to regain the confidence of the children. The children should also understand the fact that without their parents, they would not have been on the earth and would not have enjoyed the educational prospects including job, wealth and other luxuries and it is only the parents' contribution."

Then it went on to opine, "The peculiar facts and circumstances of the present case clearly depicts that love is blind and more powerful weapon than the love and affection of the parents, family members and the society at large."

The bench, being in disagreement with the steps taken by the girl, said "It is high time for the children to know that the life consists of reaction, resound and reflection. What they are doing to their parents today, would get back exactly tomorrow. What is the use of their education, power-position and wealth, when it does not help them to change their destiny. When the bad thoughts enter their mind; their education, intelligence, power and wealth become futile and meaningless."

It added, "There is no greater God than parents. There is no greater Dharma than compassion, there is no enemy greater than anger, there is no wealth greater than good reputation, bad reputation is death itself. Even according to Manusmruthi, no person can repay his parents even in 100 years for all the troubles that they go through to give birth to him/her and raise him/her to adulthood. Therefore, always try to do whatever pleases your parents and your teacher, because only then does any religious worship done by you will bear some fruit."

Nonetheless, noting that the right to marry a person is one's choice is integral part of Article 21 of the Constitution, the bench said, "Matters of dress and of food, of ideas and ideologies, of love and partnership are within the central aspects of identity. The law may regulate (subject to constitutional compliance) the conditions of a valid marriage, as it may regulate the situations in which a marital tie can be ended or annulled. These remedies are available to parties to a marriage for it is they who decide best on whether they should accept each other into a marital tie or continue in that relationship. Society has no role to play in determining their choice of partners including the parents."

It also directed the couple to get their marriage registered before the concerned sub-registrar's office within one month.