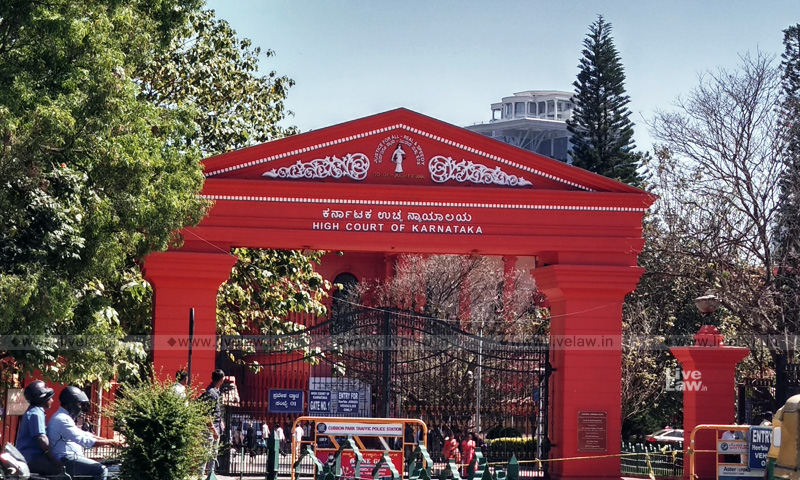 The Karnataka High Court on Wednesday said it would on March 23, issue interim directions for implementation of the Operational Guidelines for the Scheme of Shelter for Urban Homeless (SUH) under the National Urban Livelihoods Mission (NULM).The bench observed that it was a crucial part of the conduct of a welfare state to provide shelters to all. A division bench of Chief...

The Karnataka High Court on Wednesday said it would on March 23, issue interim directions for implementation of the Operational Guidelines for the Scheme of Shelter for Urban Homeless (SUH) under the National Urban Livelihoods Mission (NULM).

The bench observed that it was a crucial part of the conduct of a welfare state to provide shelters to all.

A division bench of Chief Justice Abhay Oka and Justice S Vishwajith Shetty orally said "Next week we will pass order in terms of directives to implementation of operational guidelines issued by the central government, create additional centres and night shelters as directed by the Supreme Court."

In its order the court noted "To enable the AGA to take instructions and address the court we grant time till March 23. On that day the court will consider issuing interim directions in terms of the operational guidelines issued by the Government of India as well as the directions issued by Apex court from time to time."

The court also directed the state to take instruction on the aspect of social audit of centres.

The direction was given during the hearing of a petition filed by Peoples Union for Civil Liberties(PUCL) Karnataka, which seeks implementation of State Government order dated 29.05.2014, in regards to Urban Homeless Shelters.

During the hearing the court went through the statement of objections filed by the state government and noted that "Operational guidelines say that for every one lakh urban population, provisions should be made for permanent community shelters for a minimum of one hundred persons. While, for the entire state there are 67 centers and many of them are non-functional. Even if you take 50 persons as capacity of each centre, still it is not sufficient, it completely defeats the mission of the Central government."

Advocate Mohammed Afeef appearing for the petitioner submitted that "There are around 40 functional centres in the state of Karnataka and the capacity of accommodation of each of the centres, is around 50 to 60 people."

He added that the state government guidelines make a reference to the Scheme of Shelter for Urban Homeless (SUH) under the National Urban Livelihoods Mission (NULM) and thus they are supposed to work together.

Afeef also submitted that there are no special centres which are as mandated in the scheme, only for children, disabled persons or even transgenders. It was also said that social audit of centres as per government order has to be done every year.

The plea seeks inter alia, that Receiving Centers and Relief Centers constituted in terms of section 7 and section 8 (hereinafter referred to as "Beggars Homes ") of the Act be retained as voluntary and people friendly institutions. This petition also seeks the improvement of living conditions in Beggary Homes after it loses its carceral character. Along various reliefs towards the upliftment of the most vulnerable and downtrodden sections of society in accordance with the directions issued by the Honorable Supreme court in PUCL v. Union of India (Writ Petition No 196/2001) for homeless shelters.

Further it is prayed in the petition to issue direction to the respondent(s) to grant pensions, open shelters, community kitchens, provide health services and livelihood support to the destitute in Karnataka.

A further relief is sought to conduct an audit on the expenditure of the Beggary Cess collected as per section 31 of the Karnataka Prohibition of Beggary Act, 1975. Lastly, direct the respondent(s) to implement the Operational Guidelines for Urban Homeless Shelters issued by Government Order No: UDD 81 MNG 2010 (P), Bangalore, dated 29.05.2014 in its letter and spirit.