Trial Court Must Decide Objections To Marking Of Documents Then & There Itself Instead Of Reserving It For Later Stage : Karnataka High Court 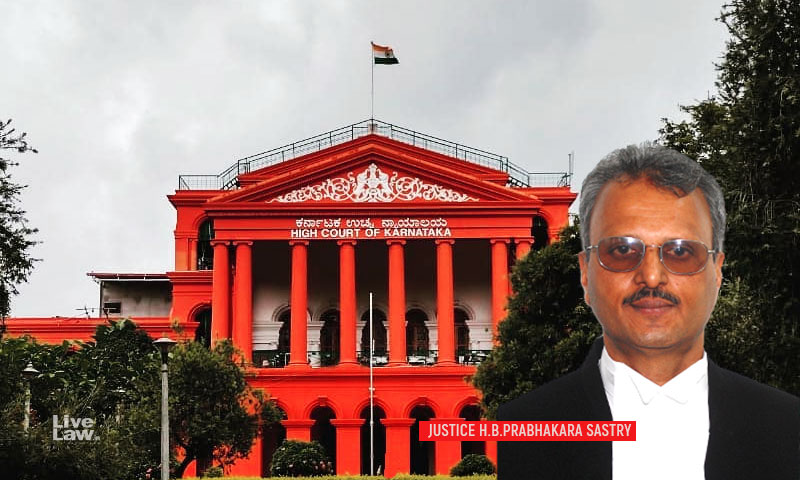 The Karnataka High Court has said it is the duty of the trial court which records the evidence to then and there itself (immediately) hear on the objections and decide regarding the marking of the document and its admissibility. It cannot reserve the right of the parties to rake up the point at a later stage and get it marked as an exhibit and include it as evidence. A Single Judge...

The Karnataka High Court has said it is the duty of the trial court which records the evidence to then and there itself (immediately) hear on the objections and decide regarding the marking of the document and its admissibility. It cannot reserve the right of the parties to rake up the point at a later stage and get it marked as an exhibit and include it as evidence.

A Single Judge bench of Dr. Justice H.B.Prabhakara Sastry, allowed a petition filed by one M. Surendra Rao and said,

"It is needless to say that mere reserving right to the plaintiff to rake up the point at a later stage would not by itself entitle for exhibiting the disputed document in evidence and marking it as an exhibit and getting it admitted."

In a suit filed by the petitioner before the Additional Senior Civil Judge, Mangaluru, the defendant No.1 in his evidence, after some deliberations, got marked a document as Ex.D-3 (family agreement). The petitioner objected to the marking of the said document, contending that the said document is a compulsorily registrable document, as such, it attracts duty and the registration.

The Trial Court in its order dated 04-11-2016 observed that the said document is only a family agreement and that the ownership rights are not conveyed. Therefore, by imposing a penalty of Rs. 1,000/- as ten times of the alleged deficit duty of Rs. 100/-, the Trial Court proceeded to permit the marking of the said document as Ex.D-3 on the next date of hearing, i.e. on 15-11-2016, however, after recording in the deposition sheet that, without prejudice to the rights and interest of the plaintiff and reserving right to him, to address his arguments at the time of main argument in the suit.

The document in question is in a sense not of mere reporting of the alleged settlement in the family nor a mere agreement, but it is a Relinquishment Deed, wherein the executant of the said document has relinquished his right, title and interest in the immovable property in favour of the other party in the agreement, as such, under Section 17 of the Registration Act, 1908, it is a compulsorily registrable document.

Counsel for respondent No.5 submitted that, a reading of the said document would go to show that it is nothing but a confirmation of the previous settlement that has taken place in the family in the family partition and that the present document which is a family agreement, as such, it neither creates any right, title or interest in favour of any one of the parties nor it intends to create any such thing. However, to get the said arrangements done, a consideration was paid to the executant of the said document.

"A careful reading of the above, more particularly, para-3 of which is extracted above would clearly go to show that, apart from the First Party declaring that the amount received by him under the said "family agreement" is the full and final settlement of his claim also, has declared that he (First Party) shall have no claim, right, title and interest whatsoever in the schedule property. Further, he has also declared that, he is bound by the Settlement Deed and he further declared that in the event of his claiming the right in the schedule property or any of the assets of the father or family or to file any legal proceedings against the Second Party, the said Second Party is entitled to recover the said consideration amount of `8,50,000."

It added, "Thus, even though the said document in its nomenclature is called as a "family agreement", but actually and in fact, the First Party, under the agreement in return for the consideration received by him which is a sum of `8,50,000/-, has acknowledged and has declared that, he shall not have any claim, right, title and interest over the scheduled property."

Relying on Section 17 of the Registration Act, 1908, which speaks about the documents that are compulsorily registrable the bench said ,

"Apart from the parties to the agreement acknowledging the alleged Settlement Deed dated 09-03-2004, have through the present "family agreement" declared the right of the Second Party to the agreement and it is declared that the First Party would not have any claim, right, title and interest over the schedule property and thus, it has resulted in extinguishing of the rights of the First Party with respect to the schedule property mentioned therein and generation of the rights of the Second Party for a valuable consideration. Therefore, it is compulsorily a registrable document with appropriate stamp duty etc. However, the Trial Court, without looking into these aspects, merely by going into the nomenclature of the said Document has treated this as a mere family arrangement."

The bench then relied on the judgement of the Supreme Court in the case of K. Amarnath Vs.Smt. Puttamma reported in ILR 1999 KAR 4634 and said ,

"Merely because the Trial Court has observed that the plaintiff therein who objected to the marking of the said document can agitate his objections at a later stage in his arguments on the main suit itself would not entitle the party to produce the said Document and to get it marked as an Exhibit and get it admitted in the evidence."

The court allowed the petition and held, "The finding of the Trial Court in its orders dated 04-11-2016 and 15-11-2016 which are impugned in this writ petition since do not sustain, they are required to be quashed."