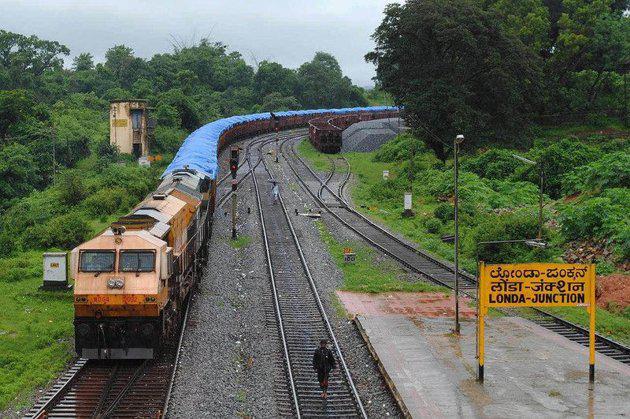 The Karnataka High Court has directed the Union Ministry of Railways and other respondents to file in a months time their statement of objections to a petition filed seeking to reduce speed limit of trains passing through dense forest during the night time on the Hospet-Vasco and Londa-Miraj railway line, to avoid animals being hit by speeding trains. A division bench of...

The Karnataka High Court has directed the Union Ministry of Railways and other respondents to file in a months time their statement of objections to a petition filed seeking to reduce speed limit of trains passing through dense forest during the night time on the Hospet-Vasco and Londa-Miraj railway line, to avoid animals being hit by speeding trains.

A division bench of Chief Justice Abhay Oka and Justice Suraj Govindaraj while hearing a petition filed by one Giridhar Kulkarni. The plea states that the two railway lines pass through dense forest areas of Dharwad, Belagavi and Haliyal territorial forest divisions including Dandeli Sanctuary. These forests are home to many endangered and endemic species of mammals, birds, reptiles, and amphibians like tiger, elephant, gaur and other animals. Many of these animals are listed under schedule 1 of Wildlife Protection Act.

The plea also states that according to records collected by the petitioner, since 2014 an alarming number of accidents have occured on the two railway lines due to overspeeding trains resulting in the death of 60 various wild animals including 2 elephants, 49 indian gaur, 5 sambars, 1 sloth bear, 1 wild dog, 1 wild pig and a deer. Further it is said if the headcount of other reptiles and amphibians are accounted for the number reaches dismal proportions.

The petition refers to the two orders passed by the Supreme Court in WP no 107 of 2013 by which the apex court issued directions to the railways all over the country to reduce the speed limit of running trains that are passing through dense forest. In case a speed limit is not followed, appropriate action should be taken against the erring drivers and officials concerned.

It is also claimed that petitioner has made several representations to the authorities and even by Forest officials to the Railways for undertaking mitigating measures there has been no steps taken and deaths of wild animals continue to take place due to train accidents on the Hospet-Vasco and Londa-Miraj, railway lines.

The petitioner has also said that failure of Railways to take necessary steps to avoid accidents of wild animals with trains despite several requests made, is in violation of precautionary principle and the principles of integrated equity and sustainable development upheld by the Apex court in many cases. Further, the respondents failure to protect the wildlife is in clear violation of the fundamental duty of the respondent under Article 48A of the Constitution of India.

It is said that since the alternate railway line between Belagavi and Dharwad districts via Kittur has already been sanctioned by the state, it is important that steps are taken to establish the same at the earliest to render the Hospet-Vasco and Londa-Miraj railway lines redundant.

The plea prays for directions to the respondents to form a joint committee and conduct a joint inspection and prepare a mitigation plan in detail explaining the measures to be taken to prevent train accidents of wild animals. Direct the Ministry of Railways to consider and implement all suggestions given by the committee. Further to direct the Ministry of railways to strictly comply with orders of the Supreme Court by reducing the speed limit of running trains on the two railway lines while passing through dense forest. It is also prayed for directing the railways to take up mitigation measures like constructing underpass/overpass, putting proper signage boards to alert loco-pilots, and educating the loco-pilots regarding the necessity to reduce speed limit while passing through forest.