'Safety And Security Of Country Gets Priority Over All' : Hubli Court Denies Bail To Kashmiri Students Accused Of Sedition [Read Order] 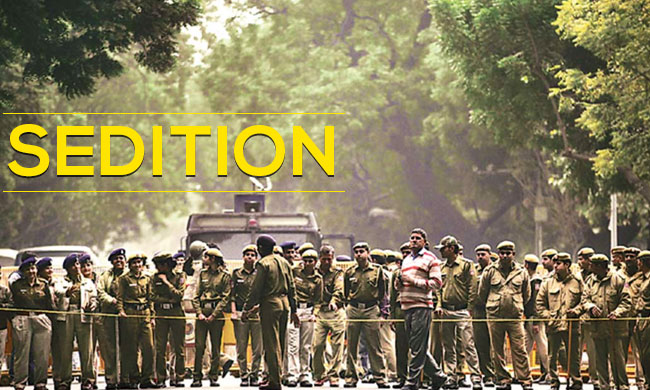 An Additional District Judge at Hubli, on Monday rejected the bail application filed by three Kashmiri students arrested on charges of Sedition, for posting Pro-Pakistan video, on social media. Judge Gangadhara K N, while denying bail to Basit Aashiq Sofi, (22), Talib Majeed, (20) and Amir Mohi Uddin Wani, (20), said "The safety and security of this Country gets priority over all. We...

An Additional District Judge at Hubli, on Monday rejected the bail application filed by three Kashmiri students arrested on charges of Sedition, for posting Pro-Pakistan video, on social media.

Judge Gangadhara K N, while denying bail to Basit Aashiq Sofi, (22), Talib Majeed, (20) and Amir Mohi Uddin Wani, (20), said "The safety and security of this Country gets priority over all. We must allow the investigation agency to do its job without any body's intervention,by considering the nature of the allegation, until completion of the Investigation, the petitioners are not entitled for the bail as prayed therein, even on any ground they are not made out of the grounds to grant the bail."

The petitioners had sought bail on the grounds that they are innocent, have not committed any offence much less as alleged. They are students and are residing in their hostel. They have to attend classes and also have to prepare for the term examination. In the event the petitioners are not enlarged on bail, the petitioners would be put to severe hardship and it would adversely affect their education.

Further, mention was made about how the police had already enlarged them on bail under section 169, and they have executed bond for the due appearance, with the police. They were not intending to create any public disorder by airing any disapprobation or disaffection towards the Government in power or against this country. The petitioners are ready and willing to appear before the investigating officer as and when called to do so.

The prosecution opposed the plea saying "The gravity of the offence is serious in nature, which is so extensive as to affect the integrity of this Country. If the petitioners are found guilty by the Trial court, for which they are punishable up to imprisonment for life, as the offences alleged against them are too sensitive in nature, required detailed investigation.The petitioners are residents of Jammu and Kashmir, at this stage if they are released on bail, its difficult to secure their presence, as and when required by the Investigating officer.

The judge after hearing both sides, said "Every Young men, would be required to be part of the growth of this country, by meeting the spirit laid down under Article 51A(j) of the Indian Constitution. There are no good reasons found to develop the affectionate on the country with India severed the bilateral activities, due to strong threat to the Security of this country. This is an era where the ideas plays vital, good one fetches respect and commands, even they would contribute to the accelerating the economic growth of a country, but bad one not only spoils the progress, destroys the peace in the society, firstly the bad one required to be prevented by not allowing it to hatch, Secondly it should be monitored to the extent that such an Idea shall not be come out of its shell. Early cleans by way of precaution is the need of the hour, fails which that would costs the freedom, as it is a costly affair, earned at the costs of sacrifice of the invaluable life of country men."

Rejecting the argument that the slogan did not create any disaffection and need not attract charge of section 124A, sedition, which was brought in by the British rulers to keep checking the Freedom Fighters.

The court said "If the information in the complaint are perused there are reasonable accusation have been made out to invoke the provision. If the emotions of the country men is read, raising slogan of Pro ­Pakistan is a serious, and unacceptable. The nature of the act allegedly did by the petitioners may disturbs the embedded Indian Social fabric. Nobody should allow to go on child play, which may costs the life, liberty and faith of the innocent country men. Integrity and Security of this country stand tall in front of all."

On the slogans raised the court said "The nature of slogan raised creates unhealthy atmosphere, which may went to the extent creating the serious disturbances in the harmony of the Society amount of ripples in the mind of citizens created. Petitioners were raised the Pro­Pakistan slogans, may having an intention to excite, or attempting to excite to create hatredness on India. Being Indians, if they expresses their affection to the country of Pakistan with whom we have disconnected all kinds of bilateral activities, the seriousness has reached its peak never before.

It added that "This is not the stage to dissect the provision by looking back its history and intention under which it was incorporated. Further, its also early to examine quality of the evidence made available to prove the allegation against them."

The case of the students was highlighted after the Hubli Bar Association, on February 15, has passed a resolution deciding that none of its members would appear for the accused. The resolution passed on February 15, was challenged in the High Court.

On February 24, after an order passed by the high court directing Police Commissioner, to provide police protection to advocates from Bengaluru, who were desirous of representing the accused, were prevented from filing the bail applications by local advocates. The High Court had termed this act as 'Sheer Militancy'. Following, personal intervention by the Advocate General Prabhuling Navadgi, the office bearers of the Hubli Bar Association, appeared before the high court and withdrew the controversial resolution