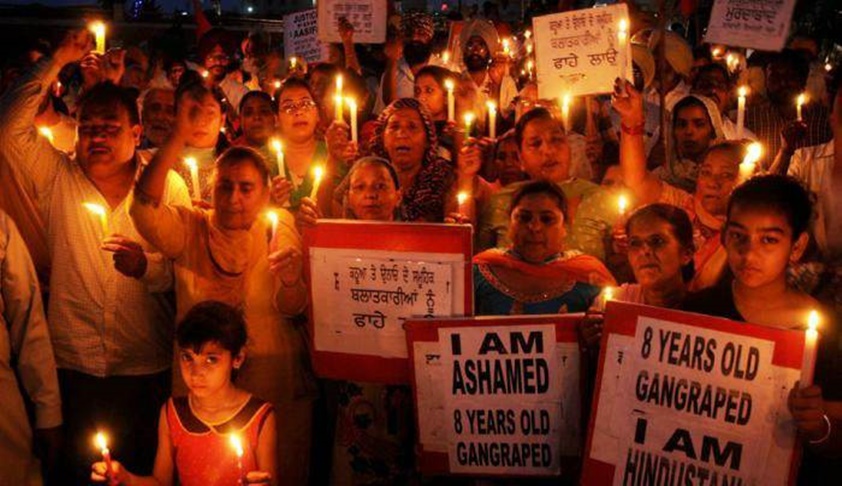 A Jammu Court today directed the Senior Superintendent of Police, Jammu to register a FIR against the six-member SIT which investigated the infamous Kathua rape case, for allegedly coercing the Applicants, who were witnesses in the said rape case, to depose false statements.

The SIT had investigated the case of an eight-year-old girl who was kidnapped last year and was raped in captivity in a small village temple in Kathua district after having been kept sedated for four days before she was bludgeoned to death.

"…applicants were deliberately tortured and compelled to depose false statements against Vishal Jangotra thus depicting the malafide on part of the non-applicants, whereby, false evidence was created in pursuant to the very well hatched conspiracy by the non-applicants."

The Applicants namely Sachin Sharma, Neeraj Sharma and Sahil Sharma, had approached the Magistrate under Section 156(3) CrPC, seeking registration of a FIR against the members of the SIT for allegedly torturing and coercing the Applicants to "depose and create false evidence" against accused Vishal Jangotra, who was acquitted by the Court.

Notably, the rape and murder case of the 8 year old minor girl was disposed of by the District and Sessions Judge Pathankot earlier this year, wherein it had convicted six out of seven accused.

The court said that Jangotra's acquittal further strengthened the argument that the Applicants were coerced to depose against him. In this behalf it said,

"Vishal Jangotra who was falsely implicated in the above mentioned FIR at the behest of non-applicants for the reasons best know to them, already, stands acquitted by the Ld. Trial Court, Pathankot and has been exonerated from all the charges leveled against him. This further concertizes that the applicants were deliberately tortured and compelled to depose false statements against Vishal Jangotra…"

Taking stern view of such malafide actions on part of an investigation team, the court directed the registration of FIR and consequent investigation into the allegations.

The Applicants were represented by Advocates Ankur Sharma and Tarun Sharma.