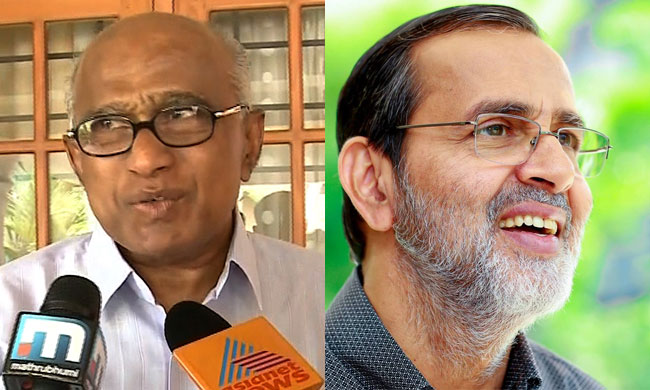 The Advocate General of Kerala C P Sudhakara Prasad has given sanction to two lawyers to move for criminal contempt against Kerala-based businessman Kochouseph Chittilappilly for remarks against a sitting judge.

The AG observed that Chittilappilly lowered the dignity of the Court by writing a letter to the Chief Justice complaining of oral remarks allegedly made by Justice Devan Ramachandran against him and leaking it to the media.

Justice Devan was then hearing a compensation case against the amusement park Wonderla Kochi (formerly Veegaland), of which Chittilappilly is the founder-director. The case pertained to compensation claim by one Vijeesh Vijayan, who was paralysed after an accident which took place while taking an adventure ride at Veegaland. Chittilappilly alleged in his letter to the CJ that the judge had made personal remarks against him while hearing the case.

The petitions seeking sanction were filed by advocates S Aswakumar alleging that Chittilappilly leaked the letter to print and electronic media to "intentionally ridicule the judge" and to "compel the said judge to avoid hearing of the said case".

The AG observed that Chittilappilly was not a party to the case and made the complaint solely based on newspaper reports without examining their veracity.

"He filed a complaint before the Honourable Chief Justice without ascertaining the veracity of newspaper reports and simultaneously sent it for publication in the newspapers also. If the intention was to bring to the notice of the Honourable Chief Justice about the court proceedings, it is unnecessary to send it to the news papers. From this it is evident that the intention of the respondent in sending the complaint for publication to the news papers is to lower the dignity of the Court and at the same time to give publicity about the achievements he had made stated therein", said the AG in the sanction order.

The order also noted that the counsel appearing in the compensation case, Advocate Saju S Nair, had filed an affidavit last week stating that the judge had not made any oral observations against the businessman as reported in media.

"From this it is evident that the respondent made reckless remarks about a sitting judge of the Honourable Court, which is intended to affect the dignity of the Court", said the order.

As per Section 15(1)(b) of the Contempt of Courts Act 1972, private persons can move petition for criminal contempt only with the consent of the Advocate General.

With the AG giving sanction, the High Court can take cognizance of the complaints by the lawyers to proceed against Chittilappilly.

He might face a sentence of imprisonment up to six months and fine of rupees two thousand under Section 12(1) of the Contempt of Courts Act, if found guilty.