'Acted Against Interest Of Client; Vulgarized Legal Profession' : Kerala Bar Council In Show Cause Notice Against Advocate Who Gave Media Interview About Accused 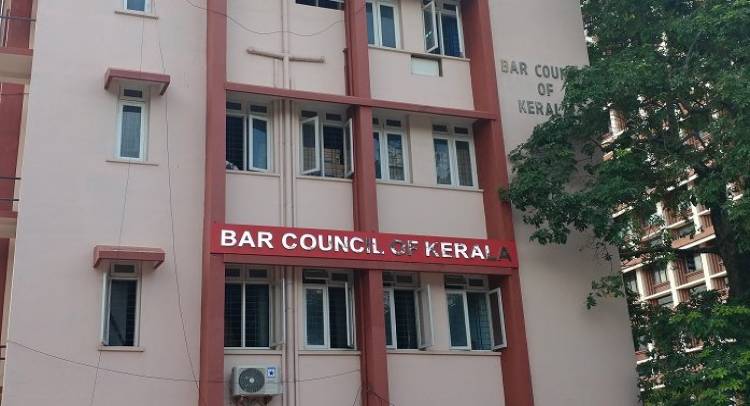 Taking suo moto note of an interview given by an advocate to a TV channel in violation of attorney-client privilege, the Bar Council of Kerala issued a show-cause notice to an advocate.

The notice pertains to the interview given by Thiruvananthapuram based advocate,  Kesari Krisnan Nair K, to 'Asianet News Channel' on July 16, about his client, who is an accused in the controversial gold smuggling case of Kerala.

Interest of the Client violated

The notice states that the conduct of the advocate in giving interview had frustrated the interest of his client who trusted him and the same is a violation of Rules of Standards of Professional Conduct and Etiquette under Chapter II, Part VI of the Bar Council of India Rules.

"It is learnt from the news item published in the Asianet news on 16-07-2020 you have violated the above rules under Chapter II, Part VI of the Bar Council of India Rules . Thus, you have acted against the interest of the client and also against the legal profession", as stated in the notice.

The notice refers to the Preamble of the Standards of Professional Conduct and Etiquette which says, "an Advocate at all times comport himself in manner befitting his status as an officer of the Court, a privileged member of the community and a gentleman bearing in mind that what may be lawful and moral for a person who is not a member of the Bar, or for a member of the Bar in his non-professional capacity may still be improper for an advocate"

The Bar Council of Kerala has stated that, he has vulgarized the legal profession by giving interview to a TV channel and disclosing the interests of the client. The act of the lawyer is an uncompromised violation of the Rule 36 of the Standards of Professional Conduct and Etiquette, asserted by the notice.

"Rule 15 says that, it shall be the duty of an advocate fearlessly to uphold the interest of his client by all fair and honourable means without regard to any unpleasant to himself or any other. It is seen that violating the Rules of Professional Conduct and Etiquette, you have given interview on 16-07-2020 disclosing the client's interest and thereby violated the Rules of standards of Professional Conduct and Etiquette ", observed by the notice.

The Bar Council had given two weeks time to the lawyer from the date of receipt of the notice to show cause as to why the disciplinary proceedings should not be taken against him.