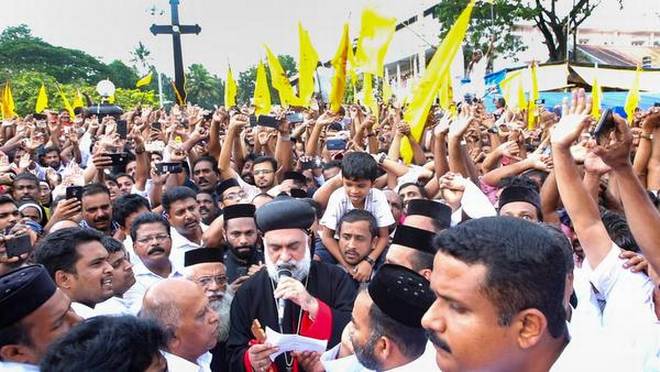 The Supreme Court has dismissed a petition filed seeking clarifications of its judgment in Kerala Church Dispute case.

It is clearly an effort for violating the order passed by this Court and no such prayer(s) can be entertained, the bench comprising Justices Arun Mishra and S. Abdul Nazeer said.

The petitioners sought a clarification that the State of Kerala, and leaders of the Orthodox faction has to implement the findings of K.S. Varghese case. They also sought a clarification that all the parties to the judgment are bound to take appropriate steps for an amicable settlement, by way of a mediation. Yet another prayer was to direct the parties concerned to conduct a referendum, on the basis of the original 1934 constitution, in the individual parish churches for the Selection of the Administrative hierarchy sacramental and liturgical leadership of the individual parish churches according to their faith and tradition.

The bench dismissed the application with costs of Rs.25,000/-  to be deposited with the Supreme Court Employees Mutual Welfare fund, within a period of six weeks.

The court had held thus in the KS Varghese case: