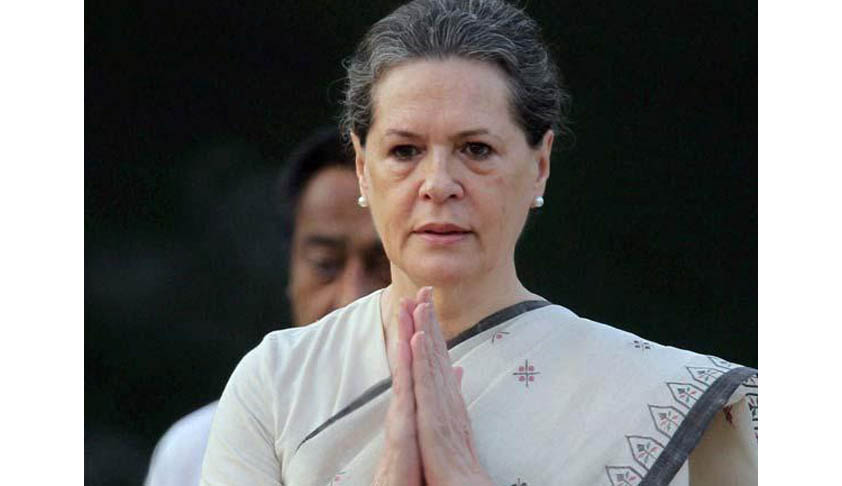 A court in Kerala recently issued summons to Indian National Congress president Sonia Gandhi to appear in person or through a lawyer on August 3 in a plea filed by a member challenging his suspension from the party.The Kollam Munsiff Court also issued the urgent notice for appearance to Kerala Pradesh Congress Committee (KPCC) President K Sudhakaran as well as District Congress...

A court in Kerala recently issued summons to Indian National Congress president Sonia Gandhi to appear in person or through a lawyer on August 3 in a plea filed by a  member challenging his suspension from the party.

The order was issued in a plaint filed by Congress member Pridhwyraj P, who was suspended from the party in 2019, challenging the suspension order on the ground that it was in violation of the party's rules and by-laws. The court also issued summons to Sonia Gandhi, Sudhakaran and Prasad to appear before it on August 3 in the main suit.

The plaintiff says that he was an active member of the Indian National Congress for the last more than 25 years and he was the General Secretary of the Kundara Block Congress Committee of Kollam District in Kerala.

During the Lok Sabha elections held in 2019, the plaintiff was active in the election campaign of Raj Mohan Unnithan who contested from the Kasaragod constituency. During the campaign, due to some misunderstandings or with purposeful motives, Unnithan made certain allegations against the plaintiff and it was publicized that he made complaints to the District Congress Committee President of Kollam.

Later it was published in newspapers that the plaintiff was suspended by the DCC President of Kollam pursuant to the complaint.

In his plaint moved through Advocate Boris Paul, he had claimed that he did not receive any order of suspension till date.

"Plaintiff was not issued with any notice and he was not called by anyone to explain any charges. The enquiries made by the Plaintiff and the newspaper reports revealed that the DCC President has issued an order of suspension against him. Even after repeated requests, the Plaintiff was not served with the alleged order of suspension, which is nothing but an unlawful act," reads the plaint.

It was also argued that the non-delivery of the order of suspension was to avoid the plaintiff from appearing before the appropriate authority and also to prevent him from initiating legal action.

The plaintiff has also contended that a DCC president is not empowered to place a member under suspension under any provisions of the Constitution of Indian National Congress and Rules.

He has also claimed that he had sent a legal notice to all three defendants earlier this year with an expectation of resolving it in a fair manner and revoking his allegedly illegal suspension. However, he did not receive any response till date. The lack of response prompted him to move the court.

"The existence of the illegal order of suspension said to have been issued by the 3rd Defendant (DCC president) is causing hindrance to the plaintiff in renewing his membership and also from participating in the programmes organized by the Indian National Congress and he is also prevented from being selected to various positions in the party such as KPCC member etc. This is an infringement of his right to function as a member of the Indian National Congress in accordance with its Constitution and Rules," he said in his plea.

On these among other ground, he has sought a declaration that the order of suspension was 'illegal and in violation of the Constitution and Rules of Indian National Congress and therefore, void ab initio and not binding on the plaintiff'.

He has also prayed for a direction to the defendants (Sonia Gandhi and others) to renew his membership in the Indian National Congress.

In his interim application, the plaintiff had prayed that no KPCC member may be selected from the Kundara Block Congress Committee of Kollam district, where he was a general secretary before his suspension until the suit was finally decreed.