x
The HC has sought the response of Karanataka Govt by tomorrow.
Your free access to Live Law has expired
To read the article, get a premium account.

The High Court of Kerala on Tuesday asked the Karnataka Government if the emergency medical needs of patients from Kasargod district, who are more proximate to hospitals in Mangaluru than to those in Kerala, could be accommodated.

In a hearing held via video-conferencing, a bench comprising Justices A K Jayasankaran Nambiar and Shaji P Chaly asked both Kerala and Karnataka Governments if any arrangement could be made so that patients from places near to Kannur district in Kerala could be accommodated in hospitals in Kerala itself, and patients from Kasargod district near to Mangaluru (within proximity 10-15 kms from border) could be allowed allowed entry to Karnataka.

The Advocate Generals of both the states have been asked to revert on this point by tomorrow at 1.45 PM, when the matter will be taken up again.

The Court was considering a Public Interest Litigation petition filed by the Kerala High Court Advocates Association seeking the opening of road blockades imposed by Karnataka government at the borders with Kerala.

On Tuesday, the Advocate General of Karnataka, Mr. Prabhuling Navadgi, joined the video conferencing, as requested by the Court on Monday.

As regards the blockade of entry of patients from Kerala to Mangaluru, the Karnataka AG submitted that it was imposed in view of the unusual outbreak of COVID-19 cases in the bordering Kasargod district of Kerala. He submitted that it was difficult at ground level  to ascertain if the ambulances are carrying COVID-19 patients.

Many people in Mangaluru are under quarantine, and people are under severe panic; Mangaluru district hospitals are already overburdened in view of COVID-19 pandemic and it is difficult to cater to needs of patients from Kerala, Navadgi continued.

"There is no animosity against people in Kerala. Mangaluru hospitals used to make special arrangements for patients from Kasargod district all this while. The present restrictions are specially imposed in view of the crisis situation which has emerged now", the Karnataka AG told the Court.

Before this, he had raised preliminary objections to the maintainability of the PIL seeking directions to the Karnataka Government. He also pointed out that a similar writ petition filed by Kasargod MP Rajmohan Unnithan is pending in the Supreme Court. 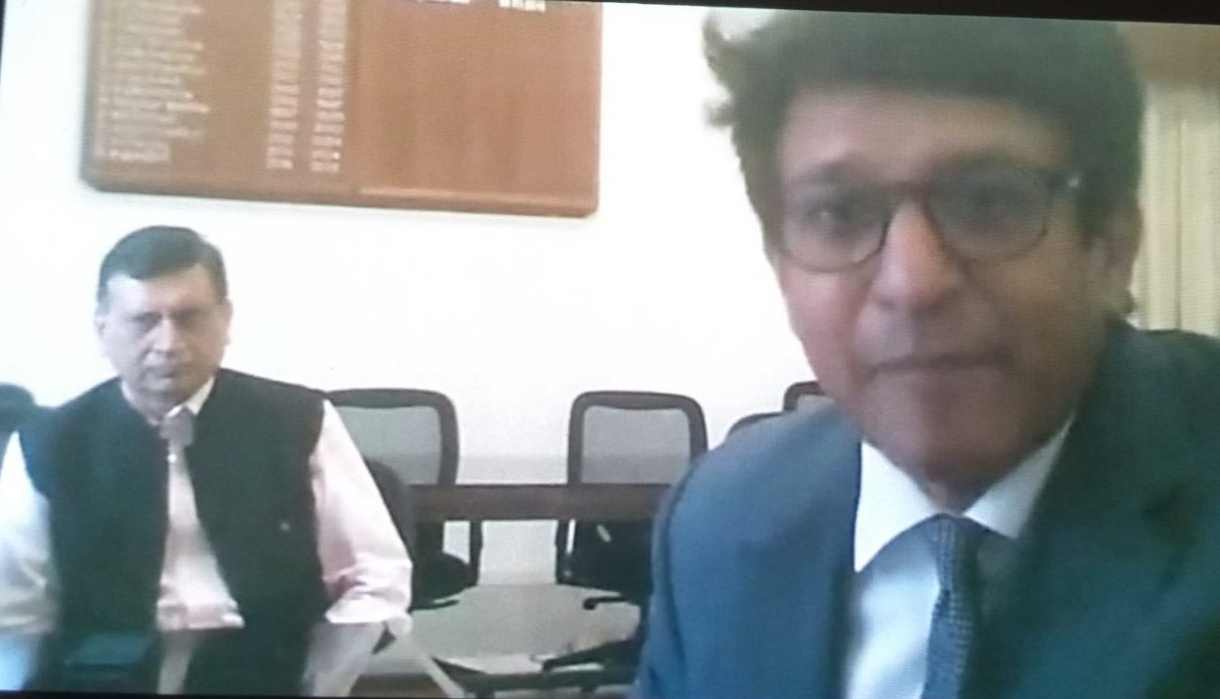 The bench at this juncture invited the Karnataka AG's attention to the guidelines issued by the Union Ministry of Home Affairs, as per which inter-state transport of essential goods and emergency services should be allowed without hindrance.

In reply, Navadgi submitted that Karnataka Government was prepared to write to Government of India seeking exceptions for Karnataka taking note of the emergency situation in Mangaluru district.

Responding to this, Mr. Renjith Thampan, Additional Advocate General of Kerala, said that emergency medical services cannot be denied under any circumstance. He pointed out that two more patients from Kasargod district died today, after they were turned away at Karnataka border.

"We are not India and Pakistan", said Thampan. There cannot be discretion in matters of life and death, he added.

Taking note of the difficulties expressed by Karnataka, the bench said that its concern was only with respect to cases requiring emergency medical intervention, which arise from place which are within proximity of Dakshin Kannada district.

"We are seeking an amicable solution on humanitarian grounds, and not to make legal interventions", observed Justice Nambiar.

Senior Advocate P Ravindran, appearing for the KHCAA, submitted that the Karnataka's action amounted resulted in infringement of right to life and health care under Article 21, and also right to freedom of movement under Article 19(1)(d). The road blockade results in violation of Article 301, as per which states cannot hinder freedom of inter-state trade and commerce.

The Central Government should issue directions under Article 256 of the Constitution to ensure that Karnataka follows the constitutional mandate, submitted the senior counsel for the petitioner.

The authorities in Karnataka have erected mud embankments on the arterial inter-state roads. Two patients have died after Karnataka police refused entry to ambulances ferrying them from places in border district of Kasargod in Kerala to Mangaluru, a preferred destination for treatment for border residents owing to proximity.

The Yeddyurappa government stood firm on its decision citing the risk of COVID-19 infections from Kasargod district, which has the highest number of reported cases in Kerala.