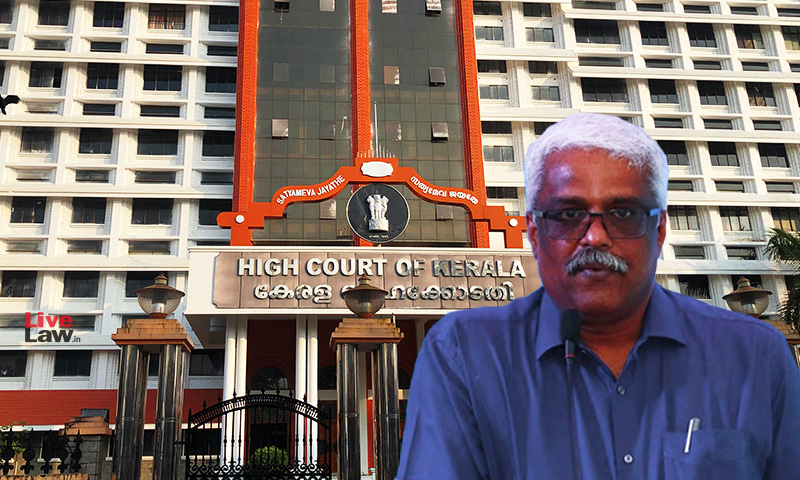 The High Court of Kerala on Thursday directed the Enforcement Directorate not to arrest M Sivasankar IAS, former Principal Secretary to the office of Kerala Chief Minister, till October 23 in the gold smuggling case.A single bench of Justice Ashok Menon passed the interim order after considering the submissions of Senior Advocate P Vijayabhanu for the applicant and Additional Solicitor General,...

The High Court of Kerala on Thursday directed the Enforcement Directorate not to arrest M Sivasankar IAS, former Principal Secretary to the office of Kerala Chief Minister, till October 23 in the gold smuggling case.

A single bench of Justice Ashok Menon passed the interim order after considering the submissions of Senior Advocate P Vijayabhanu for the applicant and Additional Solicitor General, S V Raju, for the ED.

Mr. Vijayabhanu told the Court that Sivasankar was willing to appear before the agency and undertook to cooperate with the investigation in the case registered under the Prevention of Money Laundering Act in relation to the alleged smuggling of gold through diplomatic channel.

The senior counsel added that Sivasankar was questioned by the NIA and the Customs for about 90 hours, and even after 100 days of investigation, the agencies have not found anything incriminatory against him.

Asserting that Sivasankar is a responsible officer, who was sacked from the post of Secretary to CMO due to "media pressure", Mr. Vijayabhanu requested the Court to protect him from arrest.

He is appearing before the ED today, as per the summons served by it, the senior lawyer told the Court.

"He is not going to flee", Vijayabhanu affirmed.

ASG S V Raju told the bench that ED has not been made a party in the case. He said that the case was a "serious one" involving top-level officers.

"Till date, we have not arrested him. The apprehension(of arrest) is ill-founded", the ASG said.

At the request of ASG for time to file a reply, the bench adjourned the hearing till October 23 and directed that Sivasankar shall not be arrested till then.

The civil servant filed the bail application after the Enforcement Directorate submitted chargesheet in the case before the Special PMLA Court. He said in the application that the central agency's chargesheet had allegations and imputations against him, making him apprehensive of arrest.

Sivasankar conceded that he had acquaintance with accused Swapna Suresh as she was working as Secretary of the UAE Consulate at the State Capital during 2018-19 and that he used to have interactions with her in official capacity.

He said that until the news report about the gold smuggling case appeared, he had no knowledge that Swapna was involved in smuggling gold misusing diplomatic channel.

Though the ED has said that the gold smuggling activities started in November 2019, it has annexed the WhatsApp conversations between Sivasankar and Swapna prior to that period to portray a false impression that he has got some connections with the smuggling activities, says the application.

He added that there was a baseless "media trial" going on against him and that the agency might act under media pressure.

"Petitioner strongly apprehends that the investigating agency is under tremendous pressure due to media trial. Petitioner further fears that the media's false propaganda and frivolous news items and constant demand for arrest of the petitioner for creating news value has created a situation where the investigating agencies are forced to save their skin from allegations by arresting the petitioner, thereby playing to the fourth estate and avoiding criticism", the application stated.

He was removed as the Principal Secretary of CMO after the allegations of his nexus with Swapna Suresh, the prime accused in the case relating to smuggling of gold through diplomatic channel, surfaced in last July.