Kerala HC Gives Time Till 5.30 PM Today For Resolution On Karnataka's Road Blockade; Says It's A Matter Of Right To Life

The Kerala High Court on Wednesday afternoon granted time till 5.30 PM today for the amicable resolution of the dispute related to road blockade imposed by Karnataka on the National Highway to Kerala.

The Court adjourned the hearing of the PIL seeking directions for removal of Karnataka's road blockade after it was told by the Central Government Counsel that the Union Ministry of Home Affairs will convene a meeting with the Chief Secretaries of both the states to find a solution to the matter.

The bench will re-assemble at 5.30 PM today for further hearing.

The case pertains to blocking of National Highway by Karnataka, which resulted in denial of access to health services in Managaluru for Keralites residing near Karnataka border.

At the outset, the Karnataka AG repeated the submissions of yesterday that the blockade was due to the unusual outbreak of COVID-19 patients in Kasargod district, and said that hospitals in Mangaluru are not in a position to cater to needs of Kerala patients as they are overburdened.

He said that Article 21 has to be first enforced in Kerala and that the writ petitioner should seek directions to the Kerala Government for treatment of patients in Kasargod district, instead of seeking directions to Karnataka Govt.

Justice Nambiar at this juncture observed that "we are not speaking of two countries here", and added that 'State' under Constitution includes federal states and the Union Government.

"Are you saying that a patient in border in Kerala, who is more closer to a hospital in Karnataka, should go to a distant hospital in Kerala in an emergency case?", Justice Nambiar asked Karnataka AG Navadgi.

The Karnataka AG then raised objections regarding the maintainability of the PIL and the jurisdiction of Kerala HC saying that no cause of action has arisen within Kerala and that no direction has been sought to Karnataka Government in the petition.

Justice Nambiar asked if the fundamental rights of people in Kerala are getting affected, would not Kerala HC have jurisdiction.

Justice Nambiar asked why can't directions be issued to the Central Government and the NHAI to ensure that National Highways are not blocked by any states.

He also mentioned that the Court does not want to escalate the situation to that level, and is seeking an amicable resolution.

"This is not at all humanitarian", he remarked. 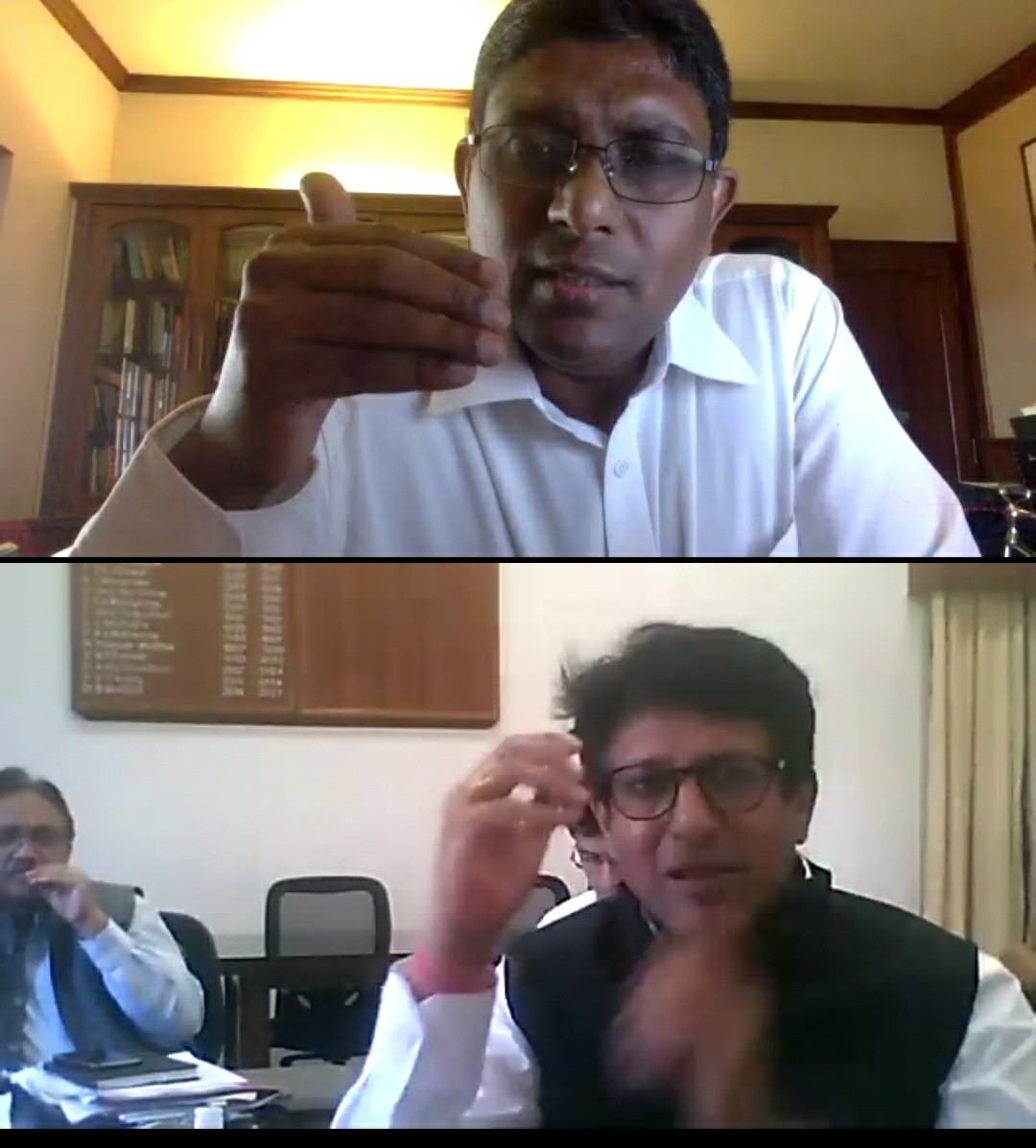 Ranjith Thampan, Kerala AAG, read out an order issued by Karnataka Government, which exempted medical emergency cases from restrictions on entry from neighboring states. Karnataka blockade is against their own directions, he submitted.

Kerala AAG Thampan reads out a report from Kasargod Collector which states that the sand embankments erected by Karnataka on border roads have encroached into Kerala territory.

Part of cause of action has arisen in Kerala & Kerala HC has jurisdiction under Art 2226(2) : AAG

P Ravindan, appearing for KHCAA, submitted that directions are sought to Central Government to act under Article 256 to ensure that Karnataka government abides by the constitutional mandate.

"Karnataka's blockade has no support of law and is unconstitutional. National Highways are maintained by NHAI. Where is the power of State Government to block NH?", he asked.

At this juncture, the Central Government Counsel Jaishankar Nair submitted that the Ministry of Home Affairs has convened a meeting of the Secretaries of both the states, and sought for adjournment till tomorrow.

But the bench said that the matter cannot go beyond today, as it was a question of right to life.

"Time for dialogue and discourse is over. We cannot wait for any more day for the executive discussions. We are talking about human lives here", Justice Nambiar said.

Karnataka AG says there are some reports that Kerala Govt is trying to push COVID-19 patients from Kasargod to Karnataka, as they are not able to manage.

The authorities in Karnataka have erected mud embankments on the arterial inter-state roads. Two patients have died after Karnataka police refused entry to ambulances ferrying them from places in border district of Kasargod in Kerala to Mangaluru, a preferred destination for treatment for border residents owing to proximity.

The Yeddyurappa government stood firm on its decision citing the risk of COVID-19 infections from Kasargod district, which has the highest number of reported cases in Kerala.